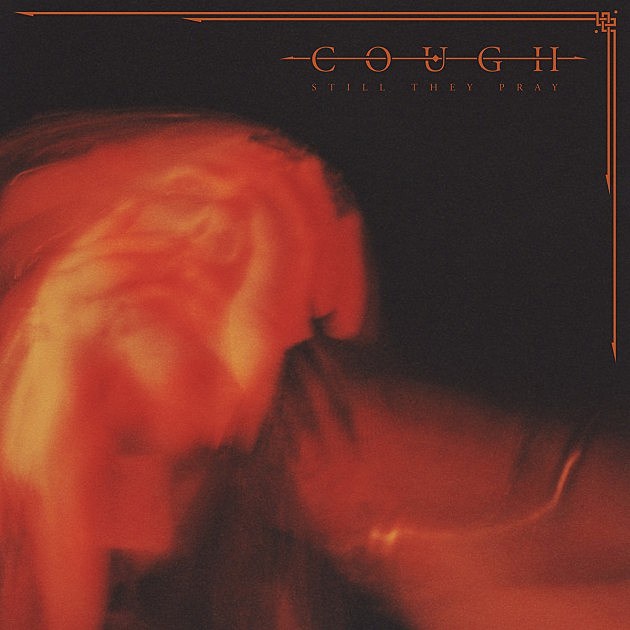 Cough are back today with Still They Pray, their third LP and first since their 2010 Relapse debut Ritual Abuse. It was produced by Jus Osborn of Electric Wizard and co-recorded with Garret Morris of the increasingly-popular Windhand (who Cough have a split and share bassist Parker Chandler with), and if you're a fan of those two bands but still somehow haven't heard Cough, boy are you in for a treat. Cough (and Windand) are true Electric Wizard disciples, with an interest in the same types of chord progressions, the same desperate wails, the same tripped-out psychedelia. You can probably say that about a lot of bands, though Cough feel like the rightful heirs to Electric Wizard's throne (not that Electric Wizard are done) more than they feel like copycats. Also like EW, Cough embrace doom not just in their slowed-down riffs but in their (winking) pessimism, like on the repeated "live to hate, hate to live" ending of "Masters of Torture." Cough can get pretty brutal, like on the harshly screamed "Possession," but they've got a softer side here too. On "Let It Bleed" (which, no, is not a Rolling Stones cover), David Cisco is really singing, sounding passionate, depressive, and highly melodic. On the closing acoustic title track, he's even softer, diving into haunting folk that's more "Something In The Way" than "Sweet Leaf." It's a deeply moving album, and one of the best recent examples of true psychedelia.

The album is out now on Relapse. Stream it: