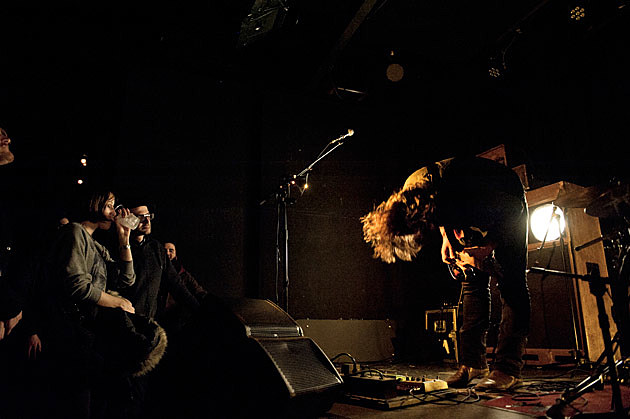 Young Widows' new album, Easy Pain, isn't out yet, but you can listen to it in full above. Such opportunities are pretty normal these days; most bands stream their recorded output in public before it's on sale. But Young Widows chose to debut Easy Pain in an unusual way: they played it in full on Sunday night here in New York, and they'll play it again tonight at The Boot and Saddle in Philly. (They played their excellent second album Old Wounds at a second NYC show last night, and will do so again tomorrow in Philly.) The Young Widows guys seem pretty smart, so one assumes that they figured that the performance was likely to be filmed and passed around online.

This tactic strikes me as canny for a few reasons. It allows the band to get out ahead of their own press cycle; they're building hype for their new album before it even has a public release date. It allows them to get extra mileage out of the debut — they'll almost certainly do a conventional blog-hosted stream at some point, but this video a) will travel more easily from site to site, and b) will likely reach some people that the 'normal' album stream does not. This format also showcases Young Widows' considerable potency as a live band. Their performance and visual aesthetic are both airtight. And, unlike most live videos, it sounds great. Frank Huang, who films NYC shows for his video blog Pit Full of Shit, combined Saint Vitus's soundboard audio with his room mics for this video, and the results are clearer and more flattering to the band than many proper live albums I've heard.

As for the material on the album itself: it's exciting. Young Widows took a turn towards minimalism on their last album, In and Out of Youth and Lightness, but their finest moments come when they build up into a mesmerizing pummel. Easy Pain plays to this strength, regularly thrumming along to the thump of Jeremy McMonigle's big toms. It's a clinic in playing heavy without playing metal.

Norman Westberg of Swans — who recently announced that they'll be releasing a follow-up to 2012's equally heavy-but-not-metal The Seer this year — opened this Young Widows show. Check out a full video of his set, as well as photos of both acts, below. 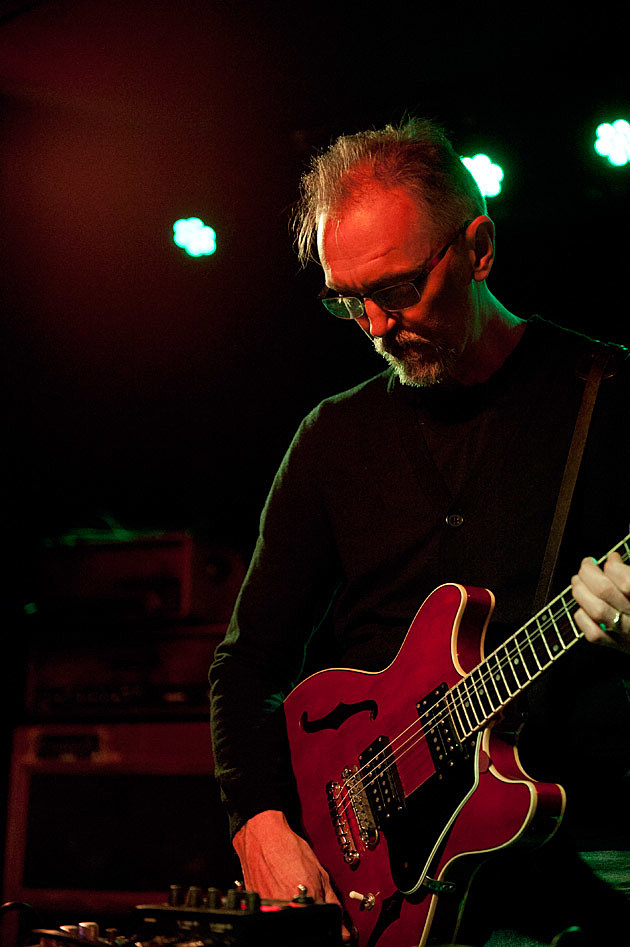 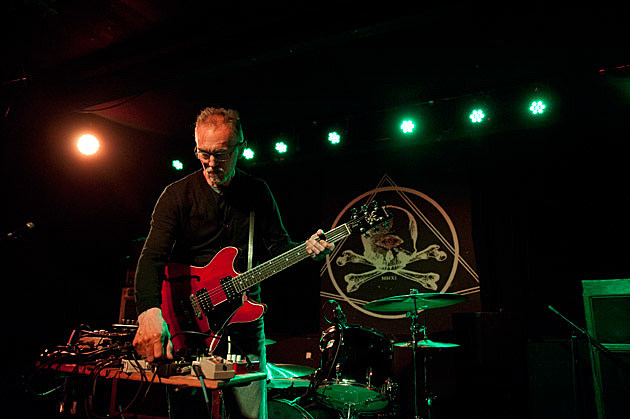 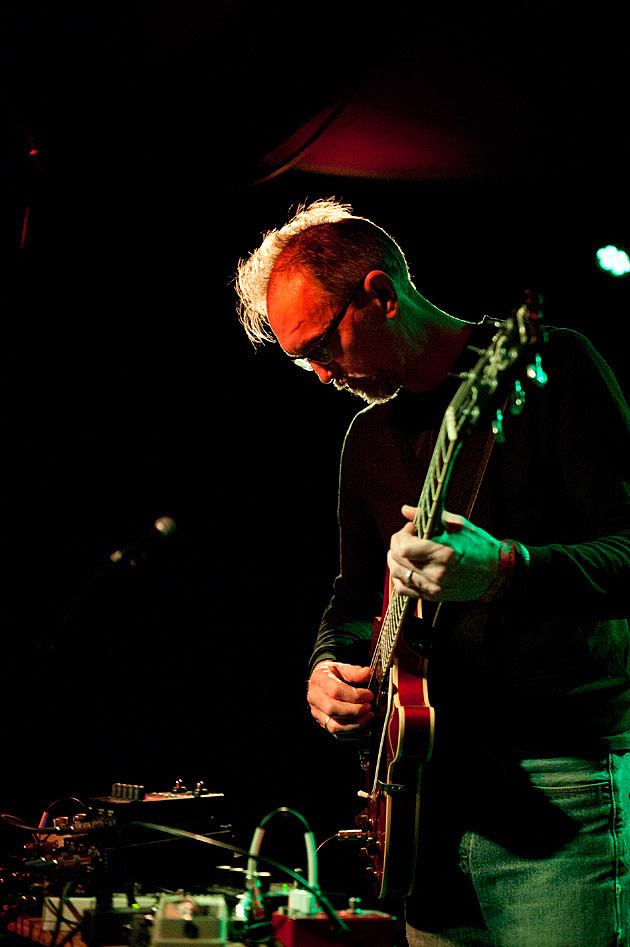 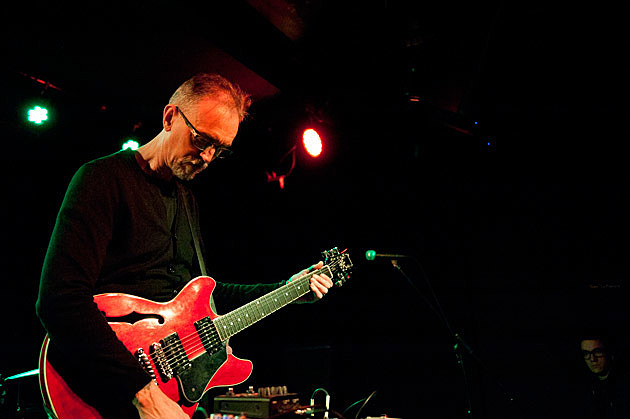 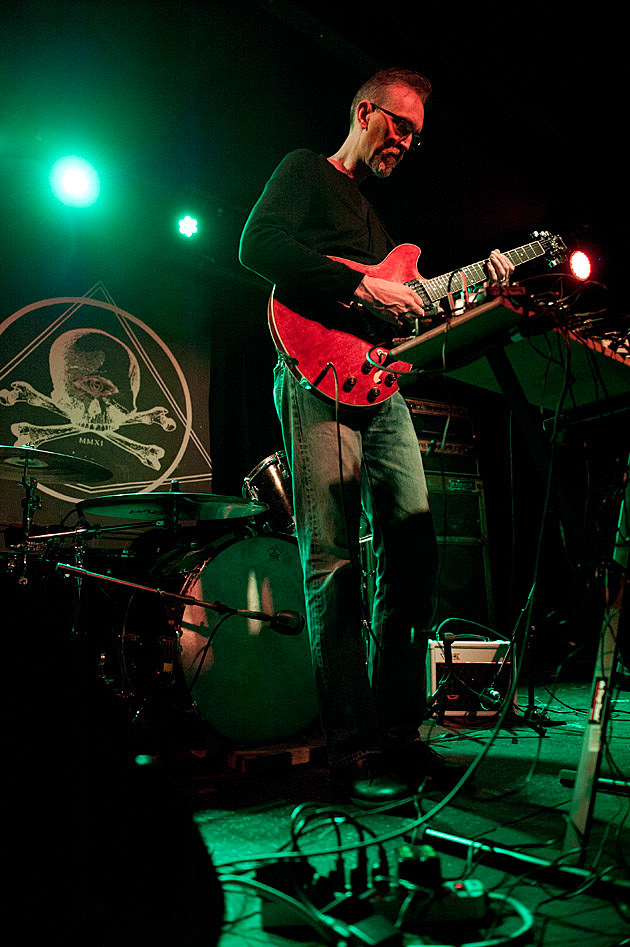 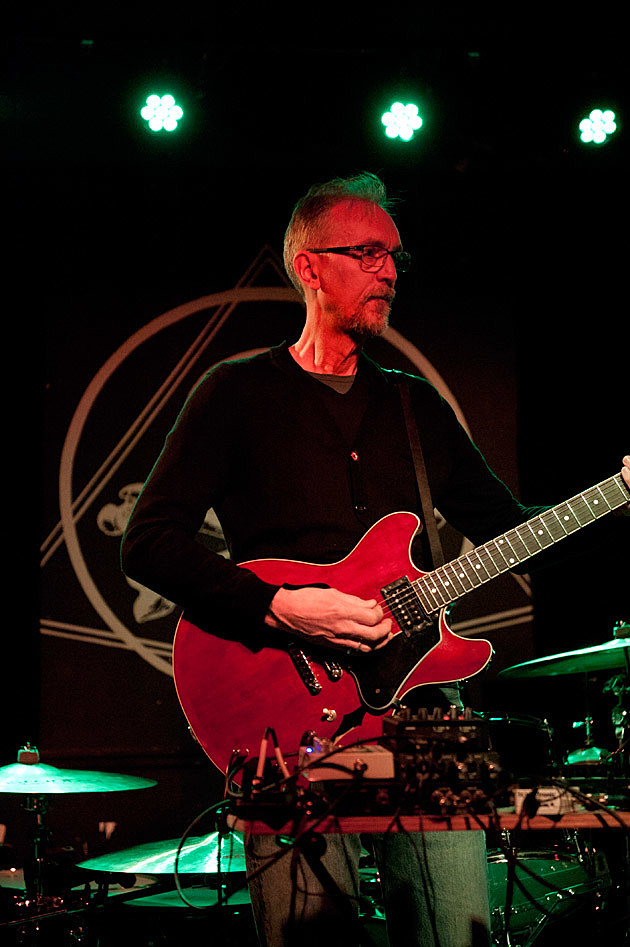 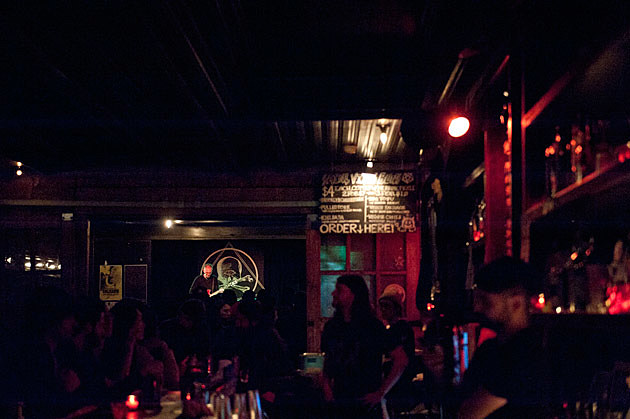 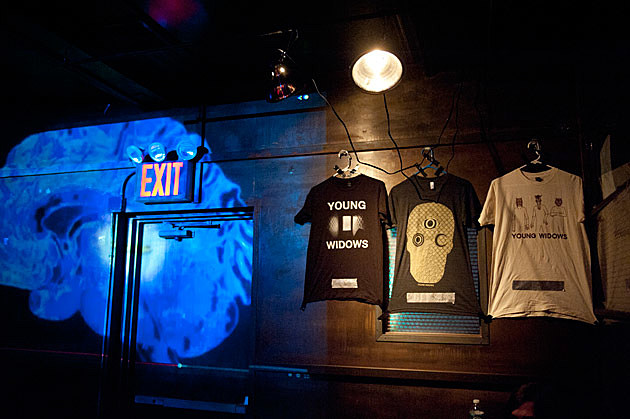 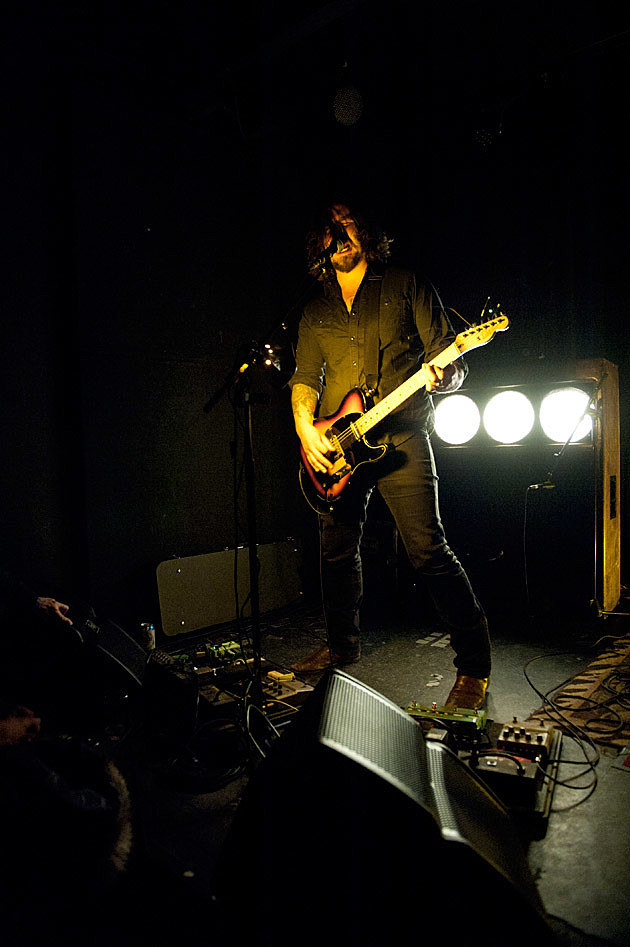 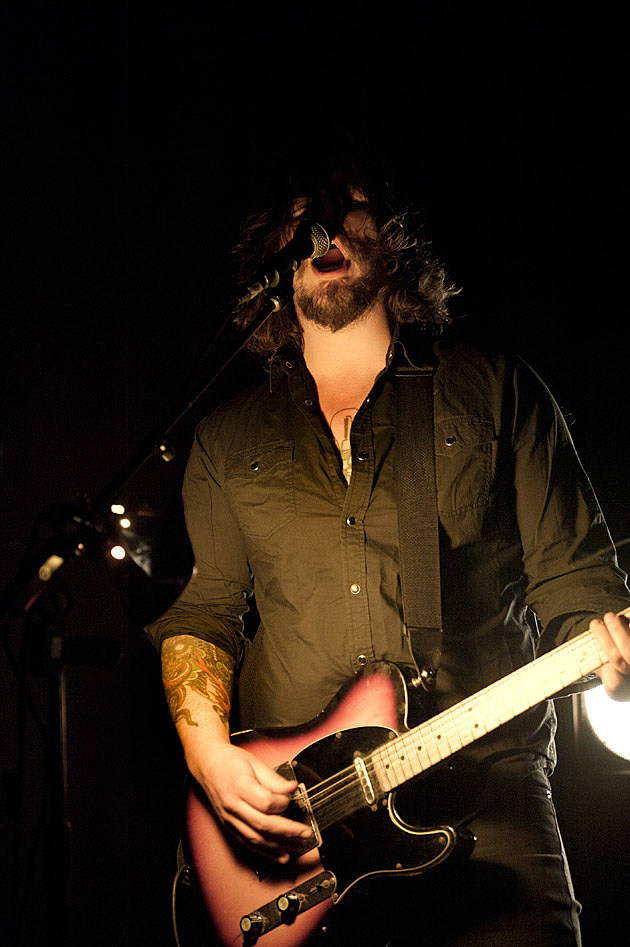 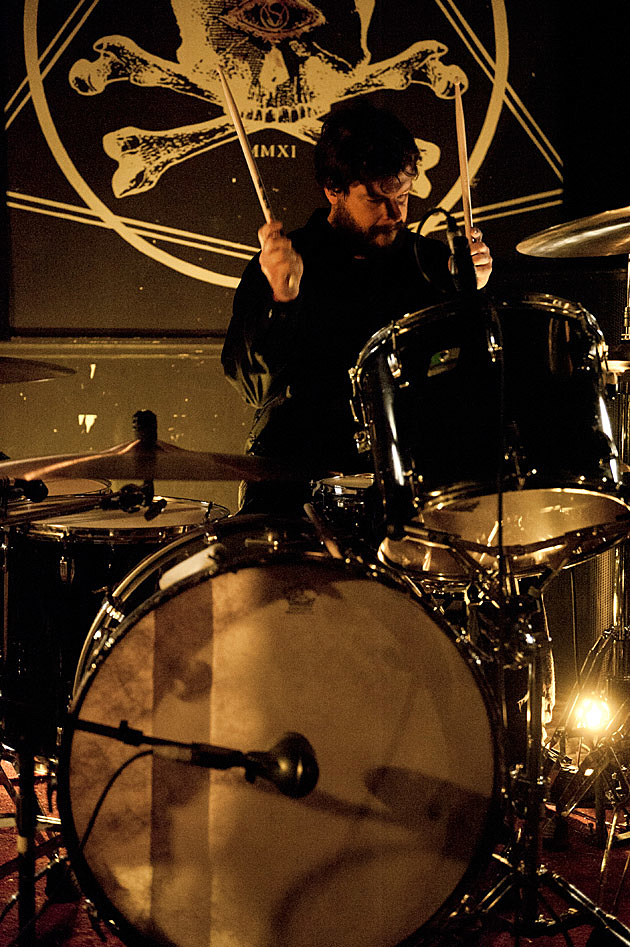 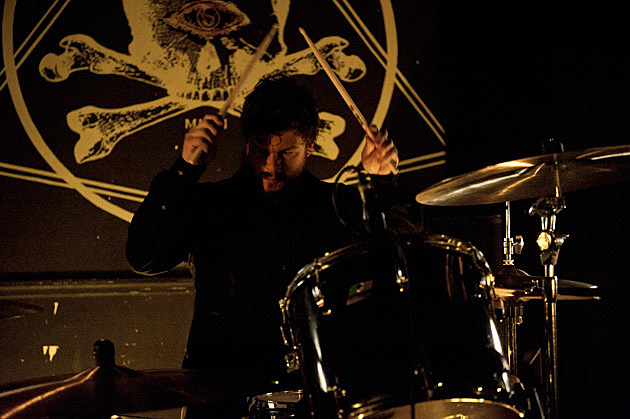 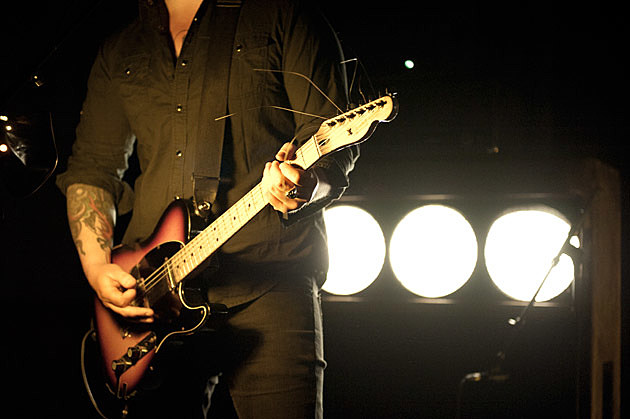 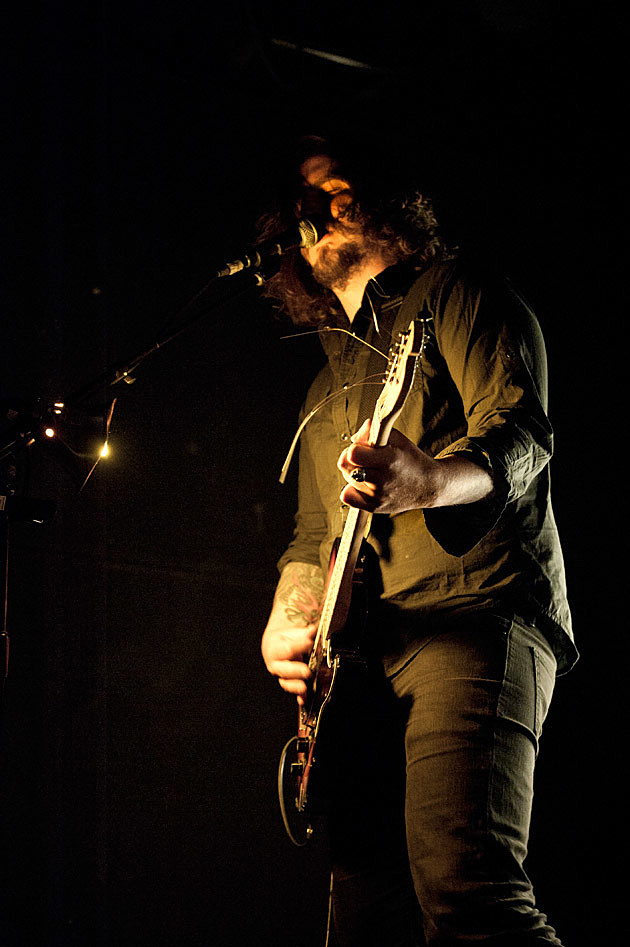 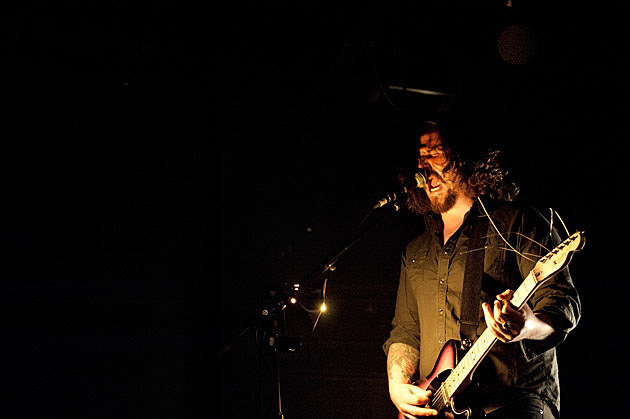 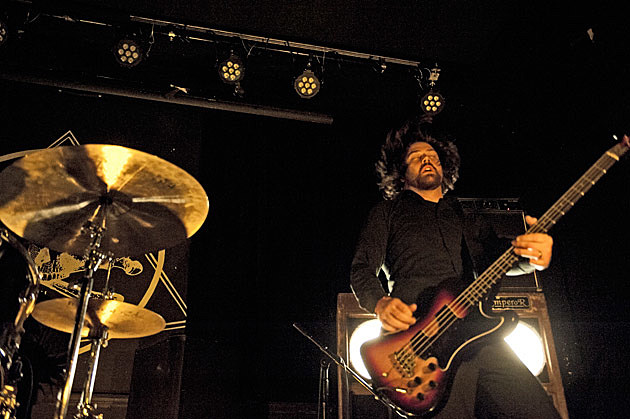 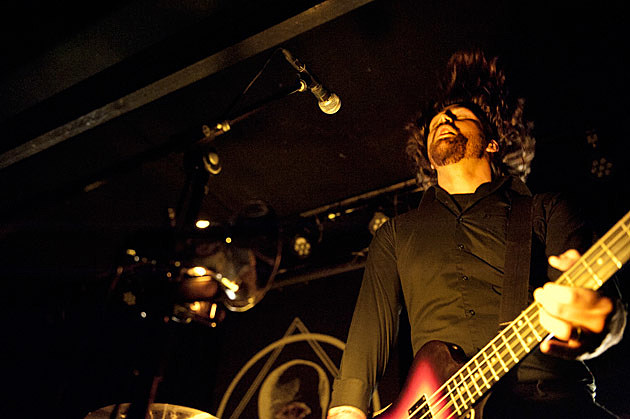 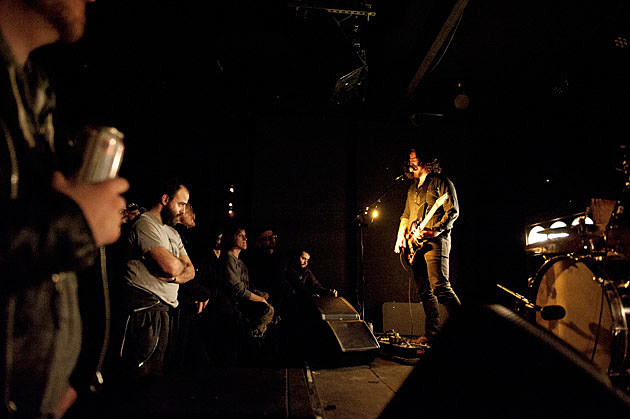 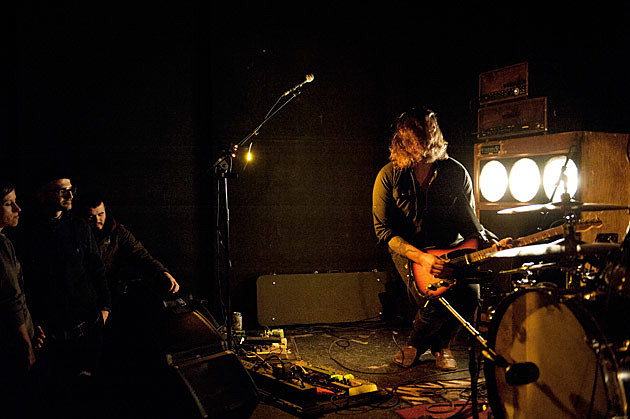 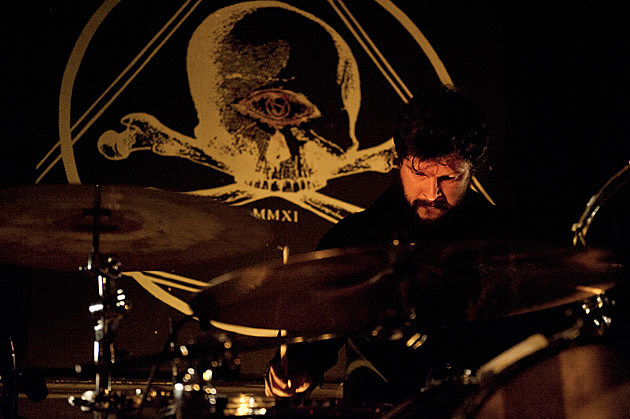 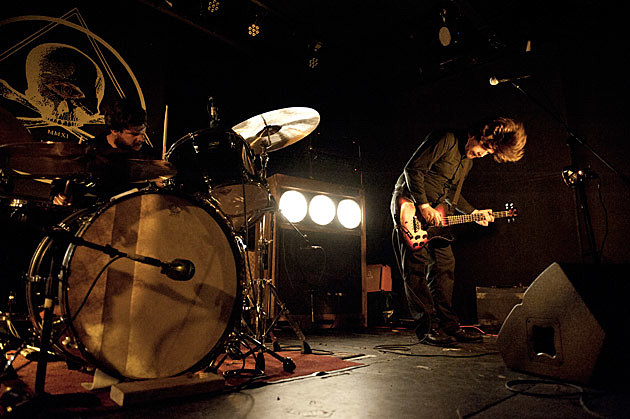 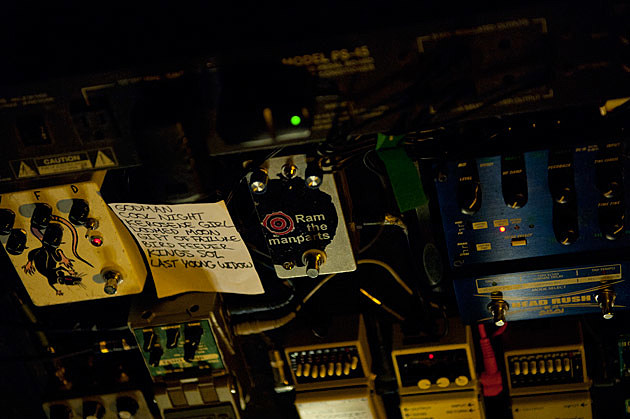