Black Tusk at The Studio at Webster Hall, May 2013 (more by Keith Marlowe) 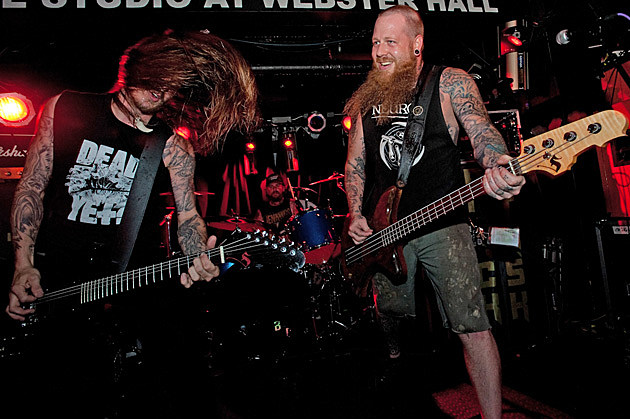 Rowdy Savannah swamp sludgsters Black Tusk cannot be stopped. As if the band's touring schedule wasn't insane enough, along with their steady stream of releases in the past few years, the band is back with another EP. Tend No Wounds is the band's spankin' new six-song EP, and features the new track "In Days of Woe," given a new video treatment which is available for the first time below. Check out the video, and look for Tend No Wounds via Relapse on July 23, 2013.

The band uncharacteristically have only four tour dates to speak of (!). Don't get used to that. All dates and said video is below.