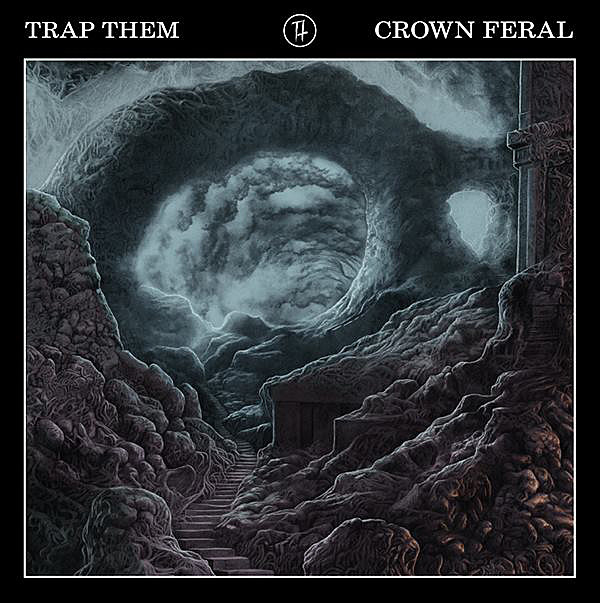 Trap Them have recorded all of their albums with Converge's Kurt Ballou producing, and a couple of their older releases came out on Deathwish, the label run by that band's frontman Jacob Bannon. So Converge comparisons have always been thrown Trap Them's way, and they're warranted on Crown Feral too. I can think of a handful of times while listening to this record where Trap Them whip out a lick that sounds straight out of Converge's catalog, but when Converge get ambitious and arty, Trap Them just keep making ass-kicking hardcore. They're sort of the Reign In Blood to Converge's Master of Puppets. The latter may have more diversity and may be more widely-appealing, but if you need start-to-finish pedal-to-the-medal badassery, you always have to go with the former. Also similarly to Slayer, Trap Them are a band who don't change up their sound much. Crown Feral isn't anything you haven't heard before, but it feels like a high point in their discography. They just really hit all the right spots this time around. The album whips by, but not in a way where the songs blur. Ballou's production is especially sharp here, and everything -- especially the vocals -- pops out at you. It's hard to pick a highlight, because really the thrill is just letting the sonic assault of all ten songs hit you one after the other, though I am kinda partial to "Revival Spines." Trap Them go for extremity over accessibility, but "Revival Spines" almost has crossover appeal. It kinda sounds like if (Trap Them's 2010 tourmates) Every Time I Die had gotten heavier after Hot Damn! instead of more into Southern rock. Maybe it also helps that that song comes right after "Twitching In The Auras," a swampy dirge that slows the album down for three and a half minutes, which makes the "Revival Spines" intro even more ass-kicking.

The album is out today on Prosthetic. Stream it in full:

[This review originally published in Five Notable Releases of the Week on BrooklynVegan.]