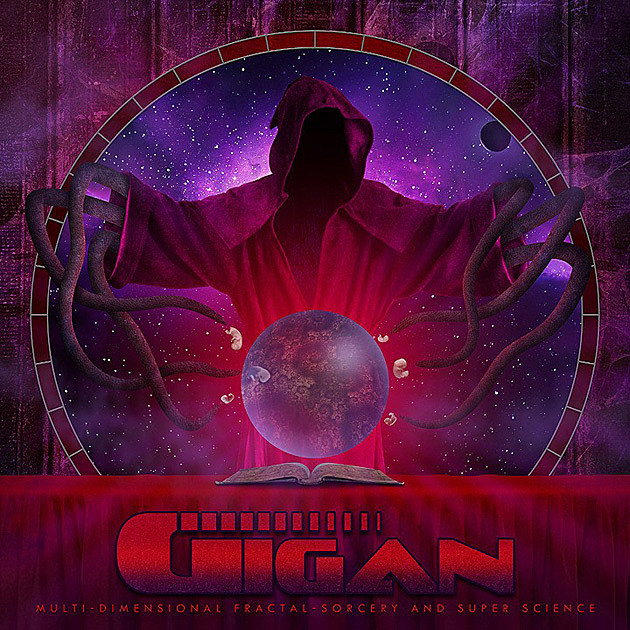 Combining seriousness and absurdity is a time-honored tactic in metal, but Gigan might be its foremost practitioners. The band's attack is almost unbearably harsh and aggressive at times, but their aliens-on-acid conceptual element registers as tongue-in-cheek whether it wants to or not. Their visual presentation is often openly ridiculous; they're responsible for the least brutal death metal promo pic ever, and one IO reader (justifiably) compared their logo to that of a vacuum cleaner company.

A hard/soft tension exists in Gigan's compositional approach, too, but it works differently. "Mother of Toads" opens and closes with their clattering FX-pedal violence; Eric Hersemann's guitar sounds like it turns into water at about 9 seconds in. The assault is so bracing that you could miss the surprisingly pretty restrained passage that lies at the track's heart. Gigan's willingness to do stuff like this — to exercise occasional restraint amidst all the clanging — makes them a thrilling listen, even if you're familiar with their rather elaborate schtick. It is an exciting time to be a death metal fan.

Listen to "Mother of Toads" below. When you're done, check out the two other tracks that have debuted thus far from Multi-Dimensional Fractal Sorcery and Super Science, which comes out in October via Willowtip. If you still want more, we also have a full stream of their previous album available.