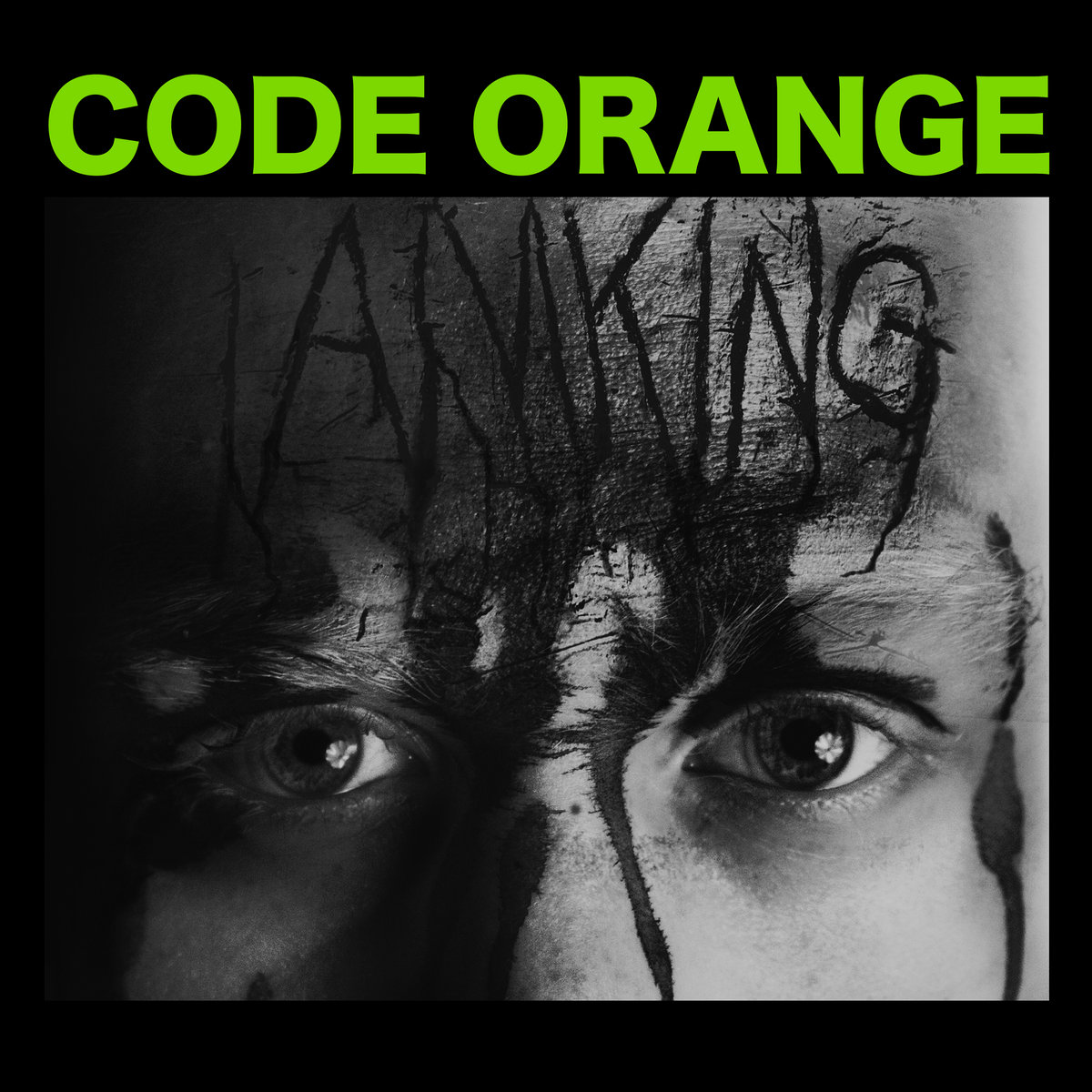 In the few years I’ve been closely following music, I’ve found 2014 to be the most rewarding so far. My personal tastes have expanded beyond my usual affection for hardcore punk and black metal, granted both still sit firmly as what I consider the best music ever made by mankind. Period. This is also my first list that wasn’t meant for a specific genre, like hardcore or crust, but the music that moved and defined this year, which is obviously the point of this whole piece. I’m probably going to be pretty shitty at this, but here goes, my favorite albums, EPs and whatever of 2014. Behold, the shittiness of my taste.

15. Agalloch – The Serpent and the Sphere (Profound Lore) [http://agalloch.bandcamp.com/album/the-serpent-the-sphere">Listen here.]

The brainchild of Austin Lunn, Panopticon continued its exploration of folk and culture, past and present, with this album, which channels the sheer power and mystique of the Scandinavian wilds. Its painterly blend of black metal and folk conjures a tapestry adorned with windswept mountains and bitter, yet still beautiful, vistas. His prior album, 2012’s Kentucky, explored the social climate of Appalachian coal-mining, while anchoring it with a celebration of the region’s own wilderness. Roads to the North follows suit to some extent, furthering the road map (no pun intended) that has been Lunn’s influences throughout Panopticon’s five LPs and counting journey.

9. Godflesh – A World Lit Only by Fire (Avalanche Recordings)

There is a distinct heaviness to Godflesh’s industrial metal that only they can pull off and hasn’t been executed good and proper since their earliest albums, namely their debut, Streetcleaner. A World Lit Only by Fire, their first in 13 years, is a true return to form with its earth-moving riffs, mechanical precision and robo-demonic vocals. Yet despite all the cling-clang, Godflesh’s resurgence is organic, with its oil-like blood coursing effortlessly through its 10 songs. The album title itself, taken from an early ’90s historical book on medieval times, is telling of this album’s vibe, a dark place where light waivers and only the primal survive.

8. Homewrecker – Circle of Death (A389 Recordings)

Homewrecker’s second, and most nihilistic album, aptly released on Halloween, is among the best releases that hardcore punk has offered this year. Their first album, 2012’s Worms and Dirt, was a thrashing, chugging slice of darkness, that while promising, also stuck too close to the playbook of ’90s-era Integrity. Circle of Death is a band that has come into its own, lining their nasty, megaton punk with spastic solos and teeth-gnashing ferocity. If this their new norm, I look forward to whatever circle pitting unholiness this Ohio outfit will produce next.

As far as collaborations go, this one takes the cake, with pop singer-turned-avant-garde experimentalist Scott Walker blending his croons with the sustained, ear-rattling drones of Sunn O))). It’s a team-up that doesn’t always work throughout Soused expansive six tracks, but despite its flaws, is a combination that oddly makes sense when Walker’s falsettos ride Sunn O)))’s shapeless riffs like a suicidal surfer amid a typhoon. My fiance described Soused as sounding like Dracula growing tired of immortality and starting a metal band, a jest that when pondered, makes sense, adding a kitschy flavor to this unexpected, rewarding collaboration.

In what could be considered their third full-length, Full of Hell teamed up with renowned Japanese noise artist Merzbow, creating one of the year’s fastest, hardest hitting releases. Full of Hell are known for their blistering hardcore punk and their penchant for harsh noise, making this collaboration almost predestined. Here Full of Hell ups the ante by redefining their speed, edging it with traces of death metal and layering it on with Merzbow’s droning soundscapes. While Merzbow’s contributions may be hard to decipher amid the chaos, his influence is clear nonetheless, gracing a band decades his junior his expertise in noise music.

Botanist’s unique take on black metal never grabbed my attention before, though the allure of their eco-terrorist influenced pantheon did intrigue me. Chronologically, despite its numerical label, this is their fifth release and most realized by a mile. Substituting the usual tremolo-picking guitars of standard black metal with the hammered dulcimer, Botanist weaves a literal dreamscape on VI: Flora. Delicate where it should be brutal, transcendent where it should spiral downward, the album’s 11 tracks evoke spring rather than winter, with all of the above intentionally counter-formula and successful in doing so. Many have questioned this album’s merit as actual black metal, the dulcimer sun-hued invocations work well with the style’s blast-beat/snarl combo, but all that is irrelevant in the end, as VI: Flora, is just plain good.

United Nations, a supergroup at one time consisting of members from Converge, Thursday and Glassjaw, has been quiet since their 2009 debut. Since recruiting members of screamo-revivalists Pianos Become the Teeth, UN has pushed their tongue-in-cheek political jibes into meaner, faster territories. Their unique take on emo and powerviolence is still evocative of Orchid and Pg. 99, though here it also exudes the melodicism and blast-beaten fury of black metal, especially on songs like “Serious Business” and “Meanwhile on Main Street.” Geoff Rickley pushes the gentleness of his Thursday works out the window here, replacing them with an abrasive fervor that is almost suffocated beneath The Next Four Year’s consistently climatic atmosphere. While the band itself may try to shroud themselves in mystery and Reagan masks, their music speaks for itself, and never so loudly as here.

At the time of their first album, Love is Love // Return to Dust, Code Orange were still known as Kids. Two years and a name change later, their sound has certainly matured with I Am King. An ode to ’90s hardcore like Disembodied and early Converge, Code Orange takes all the heaviness and darkness that defined that era and makes it their own. At times flirting shamelessly with nu-metal, I Am King splits itself wide open with the knuckle-bloodying breakdowns found on “Unclean Spirit” and the chilling atmosphere, namely on “Dreams in Inertia.” The album bears its message of ascendance and acceptance with pride, creating one of the best pieces that hardcore has had to offer so far this decade.

It is hard for me to not be biased when reviewing anything this band does. They’ve been a consistent focal point, musically and emotionally, for nearly a decade and with it being six years since the release of their last album, Frailty, my excitement for Greying was palpable. Now that it’s here all I can do is still try and wrap my mind around the fact that exists, let alone my ability to listen it. The Banner’s take on hardcore has always been distinct, with that being even more the case here as they combine their usual gothic sensibilities with post-punk and black metal. “The Dying of the Light” is rife with anguish, while “Circle of Salt” and “Unbaptized” are outright slaughters. “Sunlight” and “Send Me Down” finds the band wallowing in self-loathing and Joy Division level hopelessness. In short this is not a happy collection, but it is damn good and I’m sure as hell happy it’s here.

1. Nothing – Guilty of Everything (Relapse Records)

This was on my AOTY list from the get go. Nothing’s 2012 EP, Downward Years to Come, was bleak yet somehow uplifting, a mood that Guilty of Everything emulates on a grander scale. The album’s 10 songs meander through moments of elegant restraint to emotive outpouring, as evoked by their dreamy shoegaze and alt rock meandering. The album is its own sort of heavy, not metal or punk, despite band members having played in bands like Deafheaven and Horror Show. Tracks like “Dig” and “Bent Nail” apply a pop sensibility that moves them with urgency, while patient entries like “Beat Around the Bush” and “B&E” explode like melancholic grenades. Guilty of Everything is forlorn throughout and elegant in its emotional bluntness, provided anecdotal proof of a band that gets better with each release.