Best Of lists are like dreams. An optimist will drink deeply from that half-finished analogy, chortle or guffaw, and complete it with something close to, "...since they tell you so much about the maker!" A pessimist will roll their eyes harder than Miley cortège at a MDMA buffet and sneer, "...no one cares unless it's their own."

Here we are, then: Best Of time. For a critic, it's like a yearly wedding day. It's big stuff. Problem? I'm stuck. 2013 has shat me out right between the two aforementioned views. On the one hand, I love the convoluted Jenga (sometimes Battleship) of Top 20 creation because I am a vainglorious nerd. On the other, 2013's cream was so good and so well covered, I fear my metal-only* countdown will look, well, rather dull in its curation of expected awesome. And, really, where's the fun in working yourself up in a huff over something you already know everything about? (Don't answer that Star Wars, jazz, baseball, etc. fans.) Oof. So, optimist or pessimist? Dunno.

Instead, let's be neither. My communiqué: It's okay, I won't be presenting my big-boy betting ticket to test your ESP. Nope, I'm going to round up the shoulda-couldas. That's right, I'm hunting for records which I feel didn't earn enough ears. Why? Because the "earn" part of that is inaccurate. See, my service as a new-release-wrangler has provided me an updated perspective on who makes it and who doesn't. Like a good little you-get-a-trophy-too! socialist, I initially believed talent and hard work won out. I mean, it does eventually. IO will find you. It's just that the infuriatingly lucky tend to get fast-tracked. Tough lesson: I've witnessed boatloads of bangers get buried by boring, right-place-right-time bands. Enough. Now, here's the opportunity for the poor, PR-less, and, most of all, unlucky to dig themselves out. Call it the Year-end Equalizer.

Since all lists need a limiter, I decided to use the Last.fm listener count as a cut off. If an outfit accrued more than 2,000 scrobbling supporters, I figured they were a tad too large for our purposes. (To the inevitable twit who says, "Yeah, because they're good!" have fun with your inevitable divorce.) This turned out to be tougher than expected, forcing me to waive off some absolute giants with a TKO. (Ocean Chief, Tengger Cavalry, Lycus, and Satan's Host, you barely missed. If only there was a way to include you...) Plus, due to name sharing/irregularities, some totals were difficult to ascertain. (Graveyard, Vhol, and Rising Storm, sorry.) However, even with my stringent criteria, the unripened-to-the-eye fruit left hanging from the tree ended up being a surprisingly rich and varied bunch. Scouts' honor. I promise at least one click will win. In fact, I'm so confident, I'll set up a third possible ending to the open analogy above: Best-Of lists are like dreams, provided you're lucid, you can find a lot of neat shit.

20. Hawkeyes - Poison Slows You Down (Self-released, CAN) (stream here)

17. Nolentia - May the Hand that Holds the Match that Will Set This World on Fire Be Blessed Above All (Kaotoxin Records, FRA) (stream here)

We don't know a lot about Torture Chain which is kind of refreshing in this friend-request era of ours. The best guess puts sole-member Torturer somewhere near Somerville, MA and with links to Mind Eraser (who also have tentacles in this year's Magic Circle). After four demos and a primo post on Cosmic Hearse, we were finally treated to an hour-long, seven track full-length debut. It ended up being everything one expects from ultra-underground USBM recommendations. Difference? It actually delivered. Starry blarghs, knife-on-china guitars, perpetual motion machine beats. Bliss.

Nistikko have been grinding around since 2006, but their band pics make them look like mere babes. Does Finland have a blastbeat-centric preschool system we don't know about? (Maybe this?) If they do, it sure paid off. On their sophomore release, these lads laid silence to waste with d-beat-tinged detonations. Folks down with Bloody Phoenix or Rotten Sound were pleasingly pummeled. Most impressive: If this kind of groove n' move grind is already in their wheelhouse, imagine where they can be on LP number three. Use your draft pick wisely and secure your stereo's future. 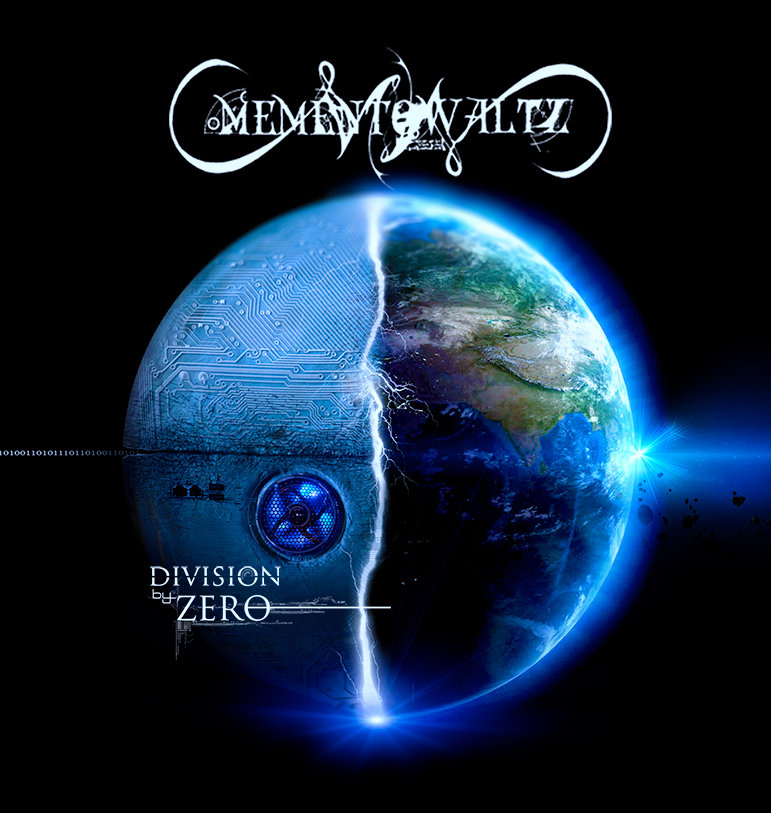 My favorite thing about metal is no style dies. Not really. It may go dormant, hibernating in the ground like frogs waiting for the next rain, but metal never walks towards the light. Case in point, Memento Waltz's tech-thrash slash prog is a sound with a late-'80s sell-by date. Watchtower, Toxik, that kind of thing. In the years since, others have gone there (Spiral Architect! Twisted into Form! Zero Hour! You're making confused puppy faces!). For the most part, though, the form has been stuck under miles of soil. Yet, Memento Waltz persisted. Get dirt under your fingernails and go get them. Some bands leap a line marked on the Brodequin Meter and go from blase brutal death metal to Brian Eno's idea of therapeutic ambient, the range where noise plus propulsion salves the pain of perfunctory task repetition. Work day? Euphoric Defilement made it a'ight. Turbo-rolls, borks, grand slams larger than what a Denny's chef cooks together on his last day. Provided you liked those timbres, Ascending became a blistering cheer squad, egging you on to complete spreadsheets. I got more work done listening to this than P.K. Dick wearing a feedbag of amphetamines.

Black metal in space isn't a big thing anymore. Darkspace and Alrakis have done pretty well as the genre's Hubble. But, Progenie Terrestre Pura is just so nerdy with their sci-fi spectacles. If old Lustmord was a black hole, Progenie Terrestre Pura is someone watching Deep Space Nine on the other side of the universe. Their proggin' on U.M.A. was pierced with bleeps and blurbs. Then, it was coated with a thick swath of synths, just like their brother-band Urna. Grim it ain't. Felt great, though. 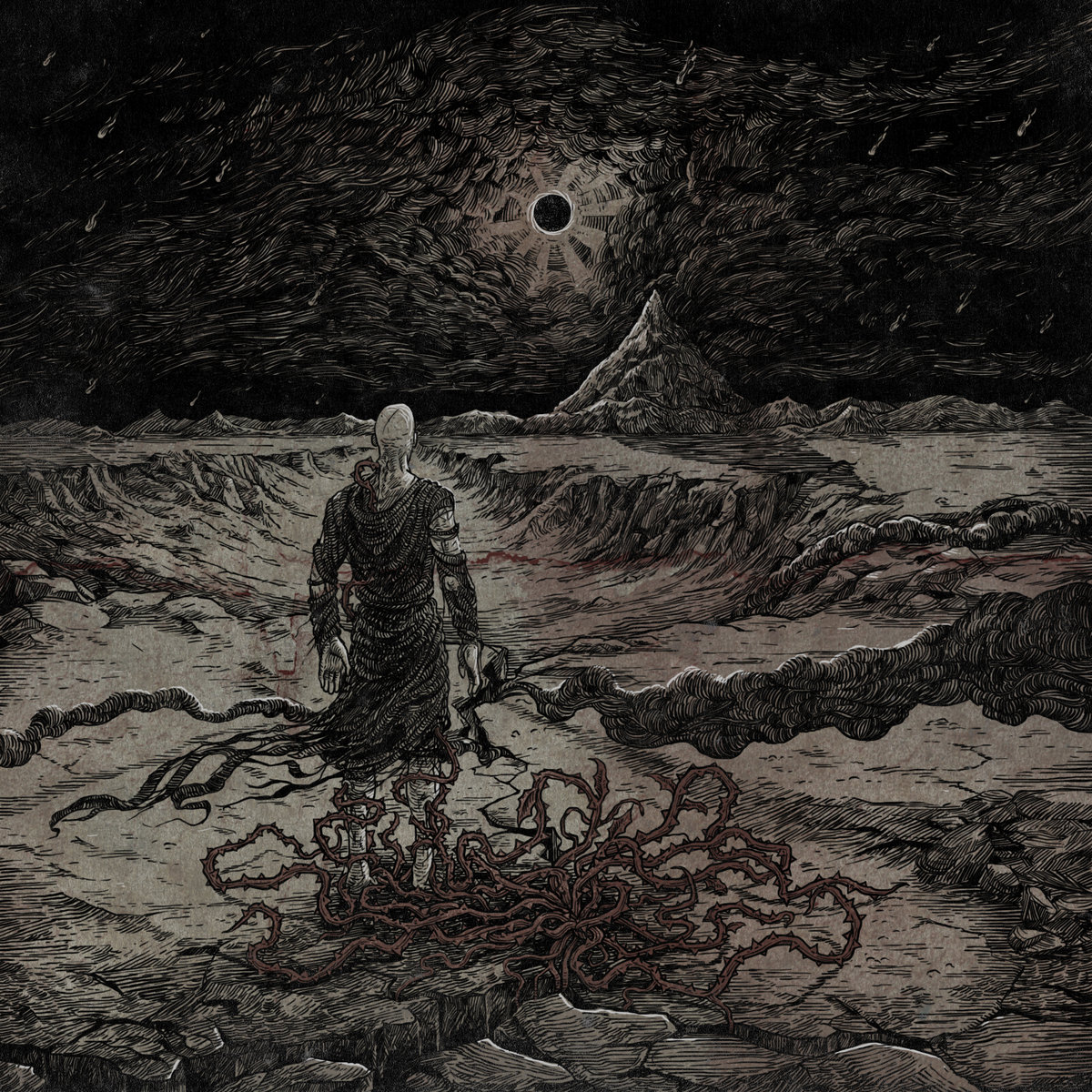 Here's another great thing about metal: It helps people find their own. Carpe Noctem hail from Reykjavik, the largest city in Iceland at a wicked cramped 100,000 people. Be that as it may, somehow these five fellas came together to bang out a third-stream tumult. And, it was legit! It was more than legit. It could go to a cocktail party with BAN and DsO and not fret about getting found out. Cthulhu wouldn't kick it out bed, not with its siren song of horrific discordance. Oh! There's another great thing about metal: Ugly is beauty and vice versa.

This spot is actually occupied by the entire Iron Bonehead roster. As a label, they went from curio to appointment listening on the back of bands ready to start buzzing. Cult of Fire, Death Karma, Beyond, Abyssous, For, and a crap ton more. We'll tap Aura as the prototypical IB release: A three song EP of ideas doing its damage in 20 minutes. It stayed with you far, far longer than that. Iron Bonehead owned most of my humming playtime this year, setting themselves up to be the next great label to base your taste upon. 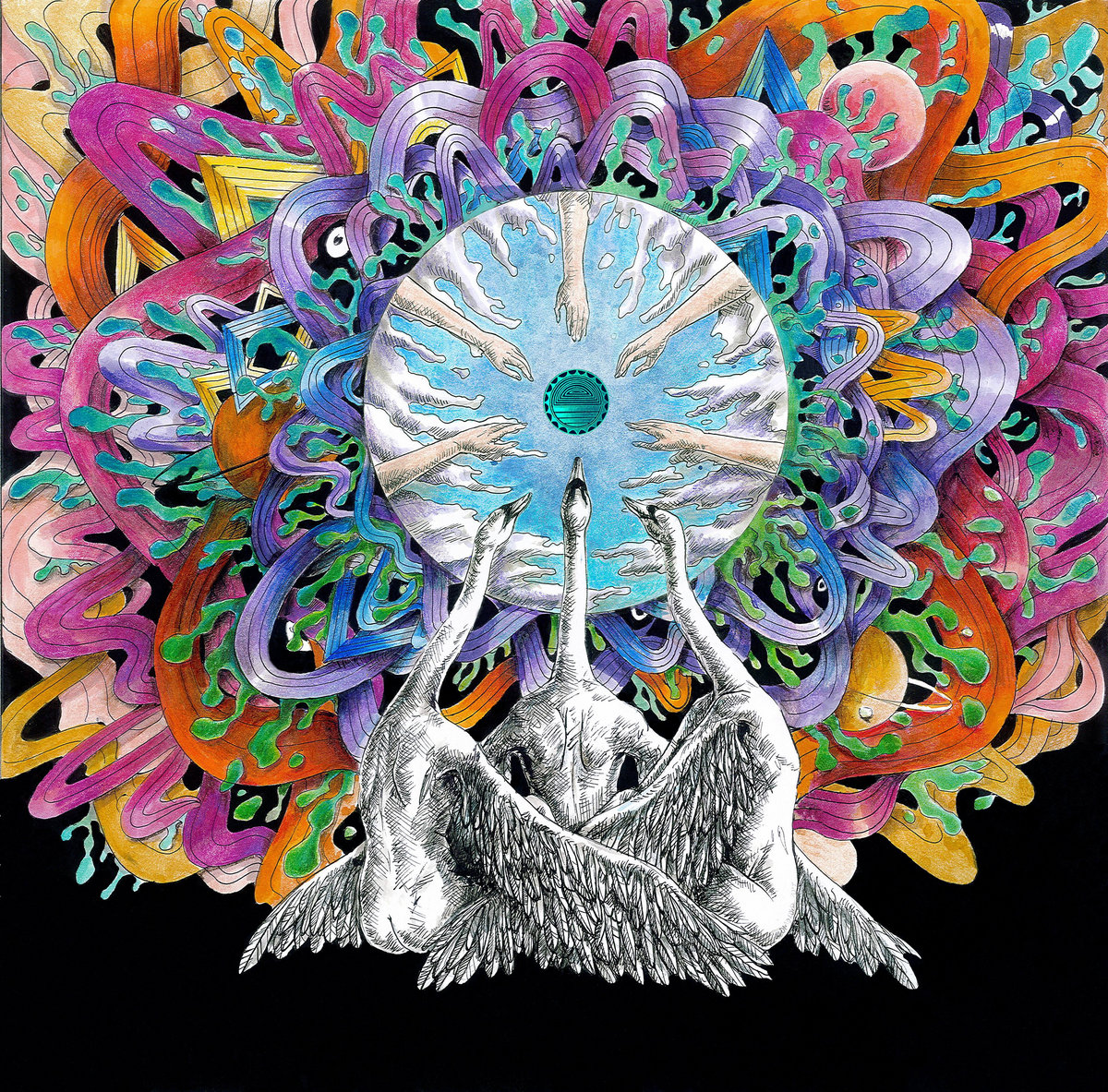 Ah, the sounds we discover when we're careening down the curves and forever-straightaways of our pried-open minds. Domovoyd rented a DMT jalopy and went exploring. Free to do what they wanted any old time, the Finns freaked out with flying fills and feedback frenzies when they weren't dropping hearing h-bombs bent on doomish intent. If you've got an empty bowl, it's a needed nug. 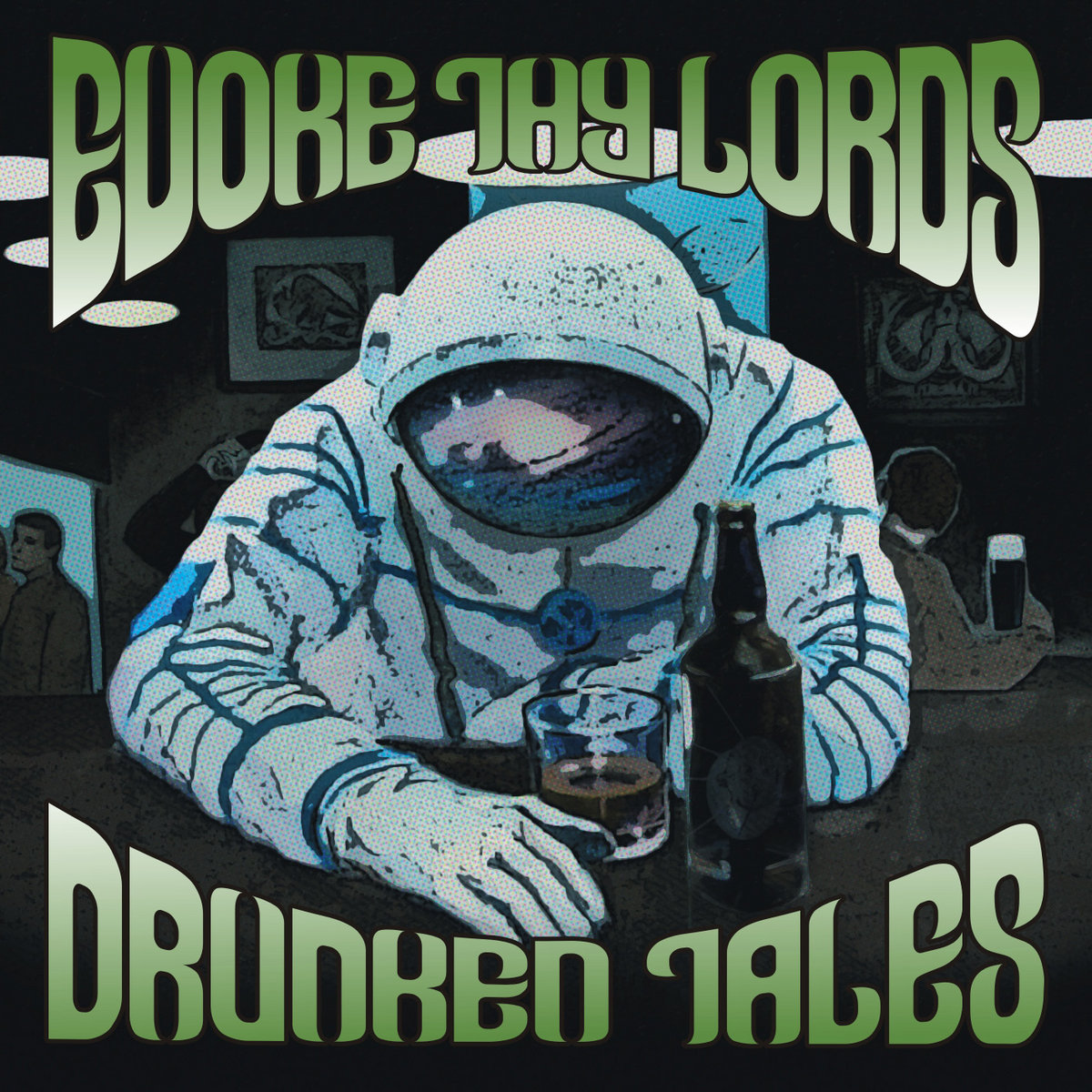 The flute and heavy metal have had their dalliances. Black Widow made it fit. Agony Bag's bozo show was amusing. Then, the occult thing carved out a crap load of Ian Andersons. But, no one has done it quite like Evoke. Drunken Tales began by getting grimy, rolling through a puddle of Ramesses's refuse. It was full-on death-to-all which made the eventual woodwind fluttering all the more alluring. A couple tracks deep, you were completely sold. Flute and sludge melting in a tree, h-y-p-o-n-o-t-i-z-e, deep breath, m-e. Too D-a-l-i?

Wokis, half of this Czech duo, should've been a star after handling six of the 16 strings on !T.O.O.H.!'s Order and Punishment. We all know how that ended up, though. So, it was especially gratifying to see him resurface with the same gonzo inclinations of his previous pit-stops. Not that being a fan of !T.O.O.H.! precluded you from denouncing Duobetic. It had the capacity to frustrate. Ani j· was even wilder than its forebear, integrating off-the-wall samples for the greatest possible contrast. Sure, that could grate. That said, unlike a lot of surprise-grind, when Ani j· melted it didn't get watered down. Your under the radar winner for 2013.