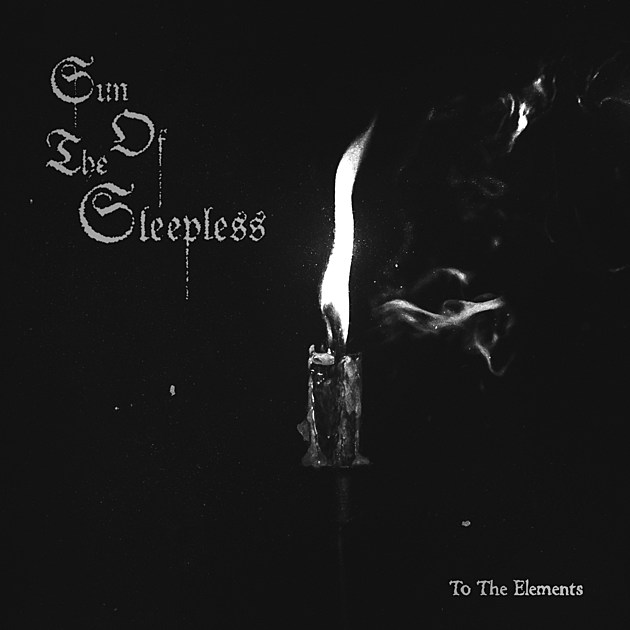 Following a decade-long slumber, Markus "Ulf Theador Schwadorf" Stock's sleepless giant re-emerges from self-imposed exile. More popularly known for his work as the legendary, romantic Empyrium, Stock extended his talents into select, sparse side projects which, too, met their demise with his main project in 2004. Sun of the Sleepless was by far Schwadorf's most unique child, at least aside from the pastoral Empyrium, eventually growing into a bizarre, chilling juxtaposition of Burzumic asceticism and mechanical trip-hop beats. In a way, the void sounds of Sun of the Sleepless's self-described "poetic black metal" acted as a foil to Empyrium's lush, autumnal gloom.

After Empyrium's reformation in 2010, The Turn of the Tides marked another imbalance in Schwadorf's performance. It wasn't bad, by any means, but there was a certain revelry in the band's performances of songs like "The Franconian Woods in Winter's Silence" which spoke to a greater desire to record something marginally blackened once more. Sun of the Sleepless's sudden return certainly fills that void, but this new incarnation shows Schwadorf's solo project casting off chilling electronic detachedness in favor of the emotive atmospheres of his earlier works, albeit through a more modern, atmospheric black metal prism. The bombastic, spine-tingling aura of To The Elements recalls this solo artist's early-and-constant perfection of the "gothic metal" genre, projecting a cobwebbed, Victorian misery on a black metal canvas. In Sun of the Sleepless's resurrection, Schwadorf finds balance once again.

The long-awaited To The Elements will be released on July 21st. Prophecy Productions will also be releasing a compilation of all preceding Sun of the Sleepless recordings from 1998-2004, titled Shadows of the Past. Listen to album opener "Motions" below.

“Motions" opens the album. It's an uplifting song that deals with the theme of everything being in eternal movement; a reminder to never stagnate and become "rotten" inside. Watch nature - there's an everlasting change and movement. In the seasons, the sea, in life and in death, in all the elements...a constant motion. Or as William Blake put it: "Expect poison from the standing water". Musically, there's strong influences by Burzum and Emperor, but also newer bands like Alcest (with whom I produced two albums at my studio) made an impact on me to create this ethereal hymn.”