Villains at Saint Vitus in Brooklyn (more by Wyatt Marshall) 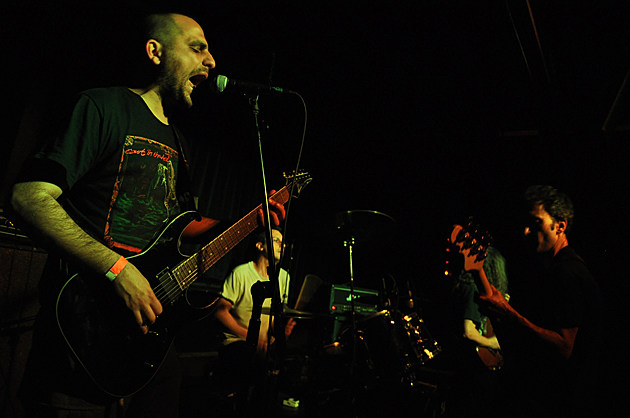 As you might expect from the sleazy street metal quartet, Villains have released a new single titled "Drinking Double, Acting Single." The new track, culled from their forthcoming similarly scummy-titled LP Never Abandon the Slut Train due on Nuclear War Now, is scheduled for a August release. Check out the new jam below and look for the band at dates on the Sabbat tour.