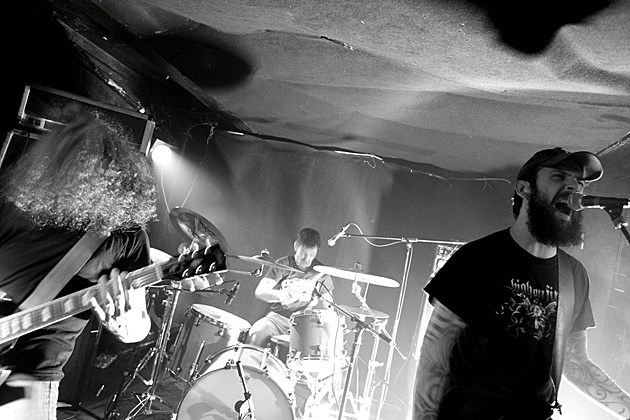 The roads travelled by post-hardcore, the caustic noise-core of Unsane and guitar acrobatics of Cleveland favorites Keelhaul converge at French band Sofy Major. The French band is readying the release of their new effort Idolize, the band's second LP due via Solar Flare Records on May 31. Stream the new track "Steven the Slow" below, and look out for a guest appearance from Dave from Unsane.

Idolize has a bit of a storied history, considering the originally intentioned home for the recording, Translator Audio. As you may know, Translator Audio would later fall victim to Hurricane Sandy, but with it washed away the band's sessions as well as all of their gear. Luckily, Dave Curran of Unsane/Pigs was able to step in to set up recording sessions, which later came to fruition with Andrew Schneider at Seaside Lounge and Spaceman Sound studios. Check out a video that documents the band's trek to the US below.