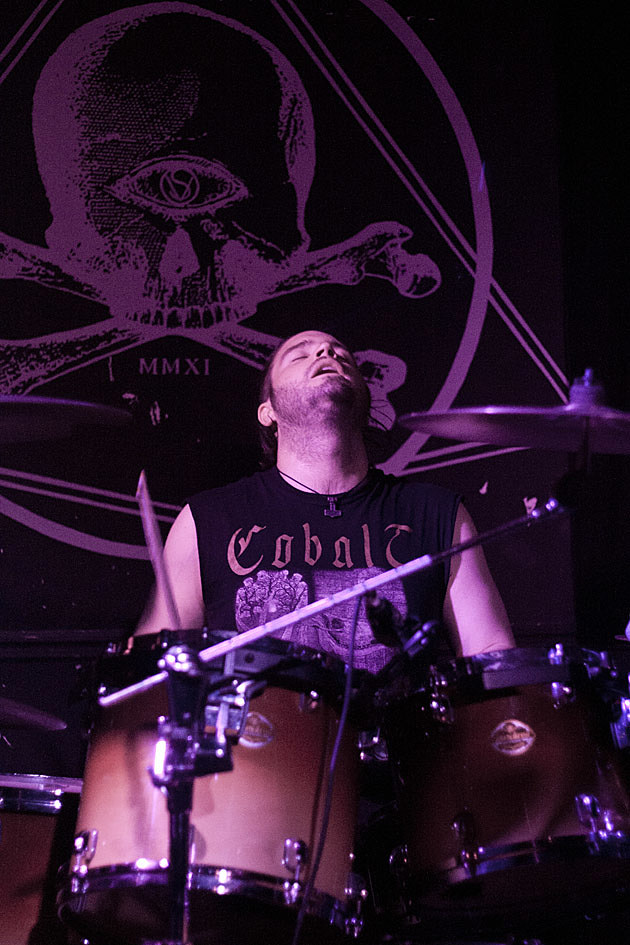 There's a John Cage interview floating around somewhere in which he delivers a great quip to the following effect (can anyone find it?):

Musicians need not adopt Cage's devotion to ambient noise in order to tap into the sounds that surround them every day. Early blues and country musicians appropriated the rhythmic noise of the trains that crisscrossed rural America at the time. A few decades later, jazz musicians would pick up on the skittish, unpredictable chatter of mid-20th-century urban life. Tony Iommi famously drew on the machine sounds of industrial Birmingham for early inspiration. This is good. Musicians should let the sonic landscape of their daily lives seep into their music; regional creative mutations can birth global revolutions.

New York City is an exceptionally good place for a musician to open one's ears to the sounds around him. As Cage would tell you, it offers a rich sonic bouquet—subways, traffic, machines, animals, humans. Luminary musicians from Charles Mingus to John Zorn to Michael Gira would no doubt agree.

So would New York transplant Erik Wunder, it appears. His rock project Man's Gin is a few weeks away from releasing Rebellion Hymns, their second album. Smiling Dogs, their excellent first album, was written mostly while Wunder still lived in Colorado, but the new album is a product of both his new environment and his now-stable working relationship with bandmates Josh Lozano and Scott Edward. It is richer, fuller, and louder than its predecessor, but it also darker and brimming with background clamor.

"Sirens," its penultimate song, makes the environment/songwriting connection explicit. New York City is often annoyingly romanticized in popular song, but Wunder focuses his lyrics on the difficult realities and oppressive atmosphere that people who live in this city face:

The music follows suit, building momentum and adding layers steadily atop Wunder's pulsing tom drumming. By the time it reaches its apex—wordless guest vocal spots from Wunder collaborators Jarboe (Swans) and Phillip McSorley (Cobalt), plus a surprise blastbeat—you too will feel the strain of the urban hustle. Stream it below.

Rebellion Hymns is already one of my favorite albums of the year. It comes out on June 25 via Profound Lore records. Keep an eye out for it.

If you missed it, Cobalt recently completed a tour surrounding their Maryland Deathfest appearance (pictures HERE). The dates included a stop at Saint Vitus in Brooklyn (live report HERE).

Before the Cobalt tour, we interviewed both Man's Gin and Cobalt on East Village Radio, check out the stream HERE.