Hatred Surge at Chaos in Tejas (more by Fred Pessaro) 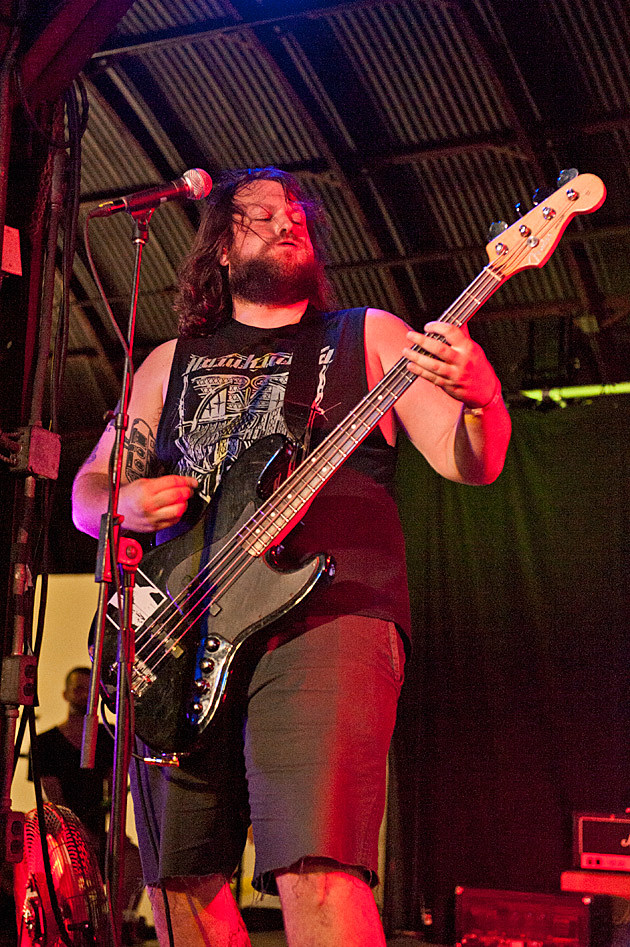 Austin, Texas is a town saturated in live music, especially considering the size. Luckily due to my relatively frequent travels to the little blue dot in the big red state, I am usually able to catch Hatred Surge and related band Mammoth Grinder playing with some of the biggest touring acts. (Both also tour roughly once a year).

The fact that Hatred Surge usually appears on bigger bills in Austin is a no brainer; combining death metal brutality and the occaisional doom riff with pummeling grindcore, the band is nothing if consistent and consistently brutal. As discussed, Hatred Surge have welcomed their new LP Human Overdose at Chaos in Tejas, and you can stream that LP in full below. Recommended.

As discussed, we spent four days baking in the sun at Chaos in Tejas and have the photos to prove it. Check out pictures from day 1 HERE, day 2 HERE, day 3 HERE and day 4 HERE.