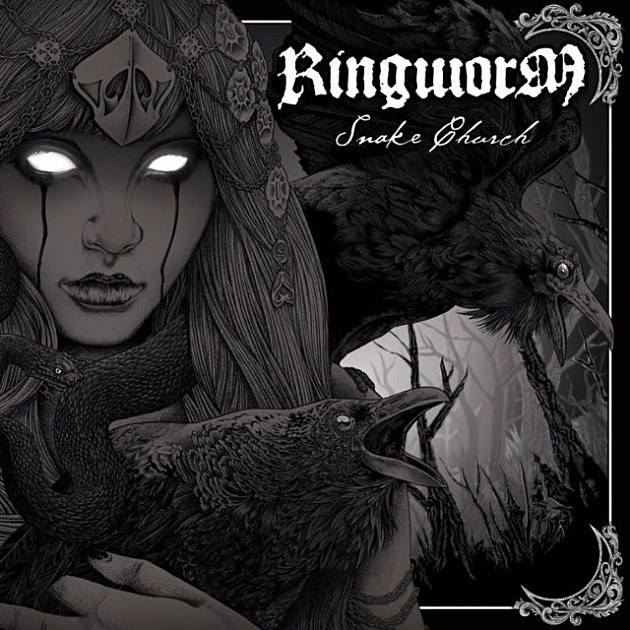 Ringworm have been blurring the lines between metal and hardcore since before "metalcore" became a bad word. Their impact on that world is undeniable, and they haven't lost their creative spark one bit. They finally found the perfect home for their music a few years back (Relapse), and they've been making some of the most badass music of their career since signing to that label. This year's Snake Church, their second full length for the label, is a crusher from start to finish. It's the kind of album that makes you clench your teeth and fists and treat your bedroom like it's a mosh pit. (Maybe hide any sharp objects before you put this on.) Frontman Human Furnace has talked about about how fans hear what they want to hear in Ringworm. The metalheads will swear Ringworm are truly a metal band, and the punks will insist they're a hardcore band. I came up on the punk stuff, so Ringworm's hardcore side is what sticks out to me. I get the same feeling from this new Ringworm album that I get from old NYHC bands: loud, fast, short, brutish blasts, and a barking frontman who sounds like he was pacing around a VFW hall when the band recorded. Still, there's no arguing against Ringworm's metal side when those guitar solos come in. And man does this album have some guitar solos! The ones on "Believer" and "The Razor and the Knife" are straight-up classic heavy metal, not even the whammy bar-heavy Slayer kind. My favorite memory of going to Fun Fun Fun Fest in 2014 was seeing Judas Priest and Gorilla Biscuits in the same weekend. On those two songs, it truly feels like both of those experiences happening at once.

Stream the album in full:

(This review was originally published in Five Notable Releases of the Week on BrooklynVegan.)