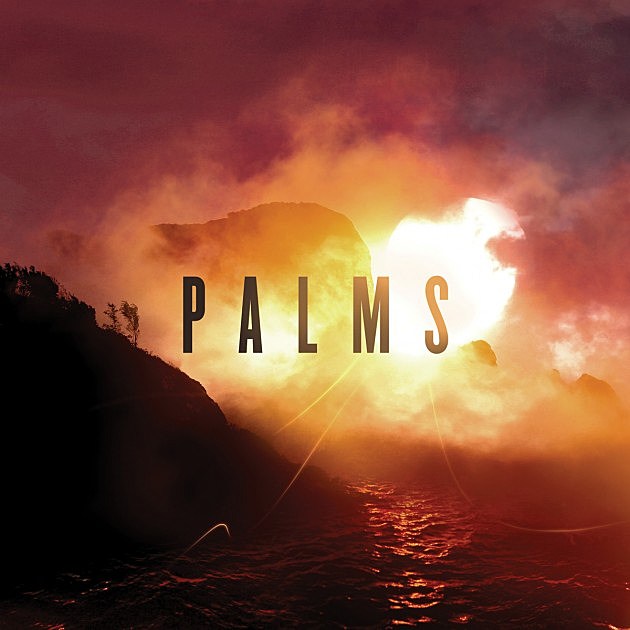 I listened to an advance copy of Palms a few times before leaving to visit relatives in Northern Minnesota, where the idea of palm trees, even fake plastic ones, is completely nonexistent. Through the humid haze and lightning storms, I frequently found bits of the album floating to my conscious mind. While I was away from home and the normal work routines, I had plenty of time to think about why I like Isis and Deftones, why Palms songs kept popping into my head as the rolling thunderclouds swept across the steel gray skies. I’ve got it all figured out.

Not really. I suppose the easy answer is that I liked Isis and Deftones because they are both heavy and beautiful. But to call Palms just a hybrid of Isis’s melodic expansiveness and Deftones’ heavy dynamics is a disservice. On the other hand, it is just that: a potent hybrid of bands that lived on fairly opposite ends of a music spectrum, that can now move in any direction it wants. That was one of the great things about Isis…for all the attempts at pinning them down, it always felt a little slippery under the finger.

The album is six tracks, the shortest, “Tropics” clicking in at 5:44 and the longest, “Mission Sunset” at 9:58. Just long enough to let the music wash over you and get your imagination flowing. As Aaron Harris said in a recent interview, the songs were written with vocals in mind, and in particular, Chino’s vocals. His soulful, longing style really fits. The band utilizes electronics and samples a bit more than they have in the past, and hint in the interview that more of this is on the horizon, along with heavier riffs.

There are heavy parts here, but heavy in the sense of a wave breaking over you . . . it rises, falls, rises, and the swoosh, it’s gone. The melodies are hypnotic and serene and Chino’s voice, minus the aggressiveness, sounds like a salve. Bits of Chino’s lyrics drift over the noise, like “Look out through clean eyes” from the opening track, “Future Warrior”. It’s a welcome sweeping away of dust, like those rolling clouds across the north woods, or palm fronds swaying in a sunset breeze.

On “Antarctic Handshake,” he sings, “It’s time to let go / Let go.” He stops singing halfway into the song and only the instruments hold on for the final six minutes. A perfect ending, but of course, one that makes you only want to hold on tighter.