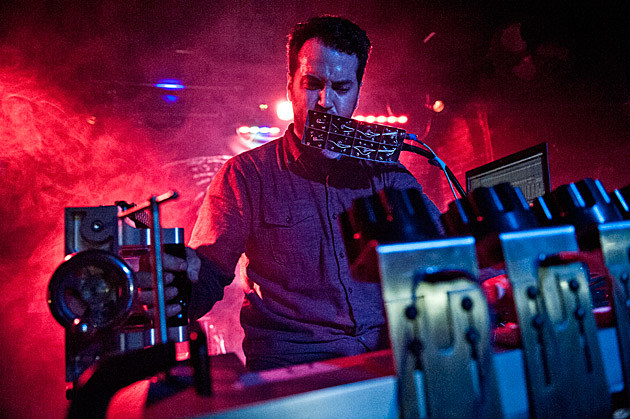 Phil Anselmo has been involved in many projects over the years, some notable, others not so much. His latest venture is called Philip Anselmo & The Illegals, and being billed as his first "solo" project (Encyclopedia Metallum begs to differ). The band is preparing to release their new record Walk Through Exits Only via his own Housecore Records, readying said release for a July 16 take off. Stream a new track below.

Here's where it gets interesting. Anselmo, long-time supporter of underground music, has scheduled a set of dates dubbed "Technicians of Distortion" in celebration of the release. In his usual fashion, Anselmo has looped in perennial tourmates/Housecore bros Warbeast for the stint, but most interestingly has ALSO snagged an opening set from Author & Punisher! Tour dates are below. The priceless looks of confusion on the faces of many might be worth the ticket alone.

As discussed, Author & Punisher has made the title track from the forthcoming LP Women & Children available for stream. Check that out below.

All other tour dates and that song stream is below.