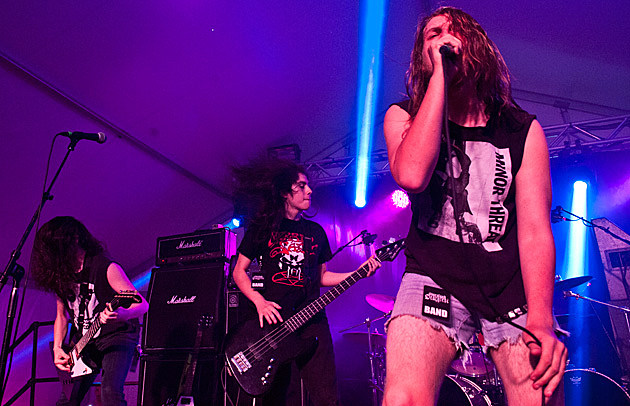 Continuing in their streak of giveaways that have thus far included Full of Hell and Integrity, A389 Recordings have made the debut Noisem LP Agony Defined available for stream and pay-what-you-want-download. The thrash-y death metal release, which was released in June via the label, has also spawned a live video for "Severed" captured at MDF XI. Check out a stream of the LP and said video below. Get yours at Bandcamp.