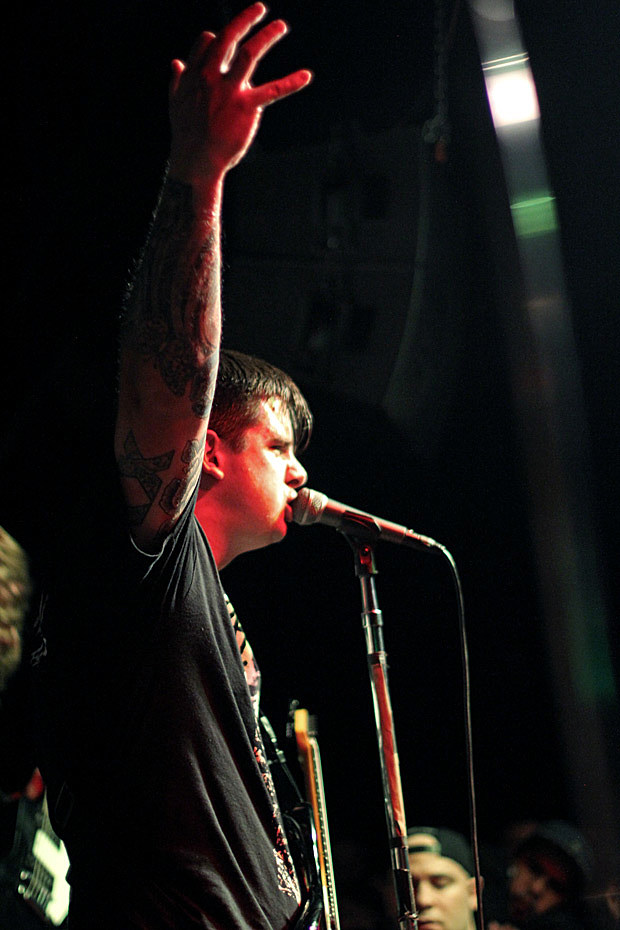 Seven bands, five hours, out in time for midnight curfew. For any other genre, January 25th at 924 Gilman in Berkeley would’ve been a festival. “It’s been a long time since I’ve seen actual punk at the Gilman,” said a bespectacled twenty-something in a leather jacket behind me in line. Indeed, it seemed the quarter-century-old hardcore mecca had been holding out on venturing back to its roots until a mob of bands and fans poured into the place, like letting a kink out of a running garden hose. For brevity’s sake, we’ll summarize the openers by saying Nomads, Devotion and Lecherous Gaze brought traditional hardcore values, groovy Pantera worship and gnarly D.R.I. crossover (plus a appropriately shitkicking cover of “Johnny B. Goode”) before most other venues around the Bay were even opening their doors.

The four main acts were part of a three-date California tour. In keeping with the old-school vibe of the evening, we’ll assign each a Minor Threat song that best describes them.

Incendiary: “Screaming at a Wall.” The first time Brendan Garone cracked open his maw, a row of kids began clambering atop each other to get closer to the stage to spit the charismatic vocalist’s New Yorker-tough lyrics back in his direction. They’d been aching for the audience interaction all night long and they were just finishing their first course.

Twitching Tongues: “Out of Step.” Clearly the outliers in this touring lineup, the L.A. crew cut their SoCal hardcore with a heavy dose of mid-paced death metal. If Leo Orozco’s Obituary cutoff didn’t betray the Tampa influence, his plodding riffs did the trick. Michael Cesario’s tastefully placed double kicks lead the charge and the pit warriors responded once again, mirroring Colin Young’s gruff but clean delivery on Only Living Witness-esque sing along “I Fell From Grace Feet First.” Controlled chaos.

Death Threat: “In My Eyes.” You can see the years, the past lineups and countless treks out on the road in Aaron Butkus’ every facial contortion. “Family Forever” goes the band’s tagline, meant as much for the kids stagediving despite signs to the contrary as the members who have stuck by Butkus’ side over Death Threat’s 16-year existence. Their brand of hardcore harkens back to the halcyon era of audience participation, where anyone who knows the words can yell ‘em when the mic comes around, and can just plain yell if they don’t.

Nails: “Bottled Violence.” Including recently completed new LP Abandon All Life, Nails have about 45 minutes of recorded material to their name. And they headlined. Mainman Todd Jones was chattier than usual, talking up the new songs and delivering a manifesto on using positive means to rid oneself of negative impulses. For almost three decades, the Gilman has been a safe haven for anyone of any age to find shelter from whatever they face at home. Nails’ set made the prospects of finding solace anywhere on the floor almost nil. Pit warriors shoved everyone else to the outer sectors of the floorspace as Jones and Co. set about their grindy powerviolence with unstoppable vitriol. New guitarist Saba shredded the living hell out of material old and new, ensuring us all that one of the year’s most anticipated slabs of angry music won’t leave a single room intact.

Invisible Oranges is proud sponsor of the upcoming Nails tour. Look for that on the road in late April, until then check out the pictures from Gilman below. 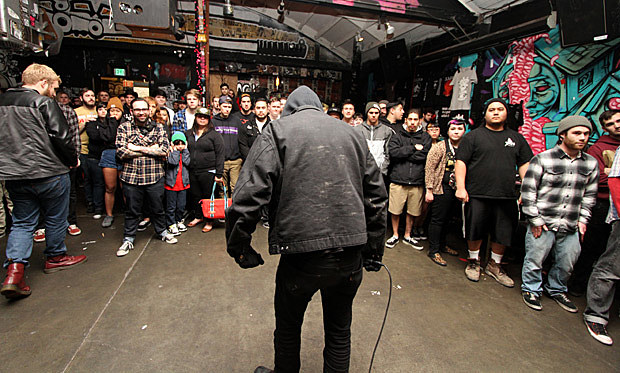 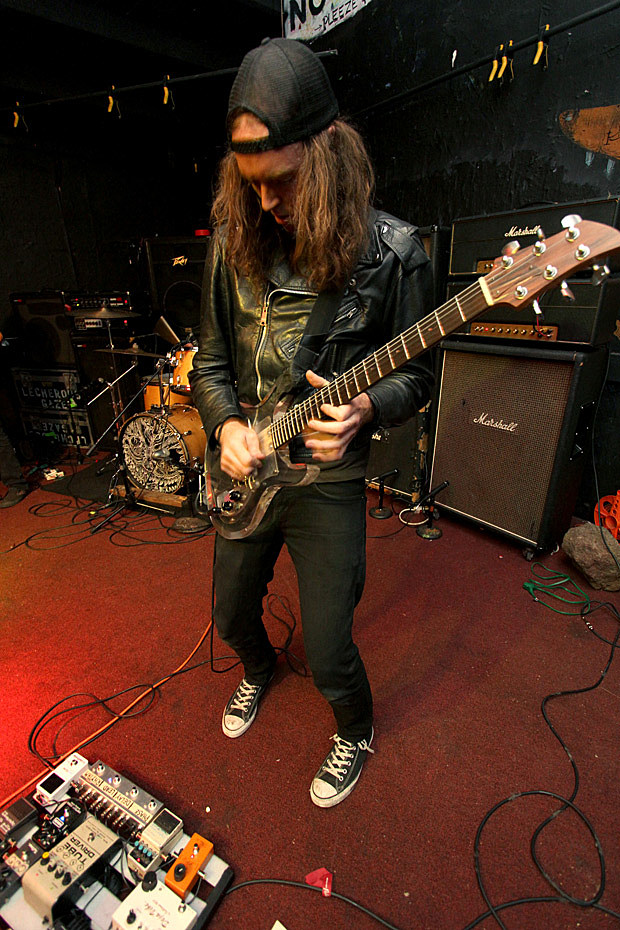 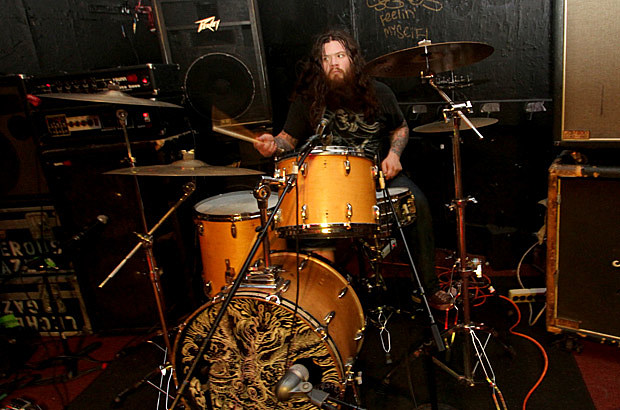 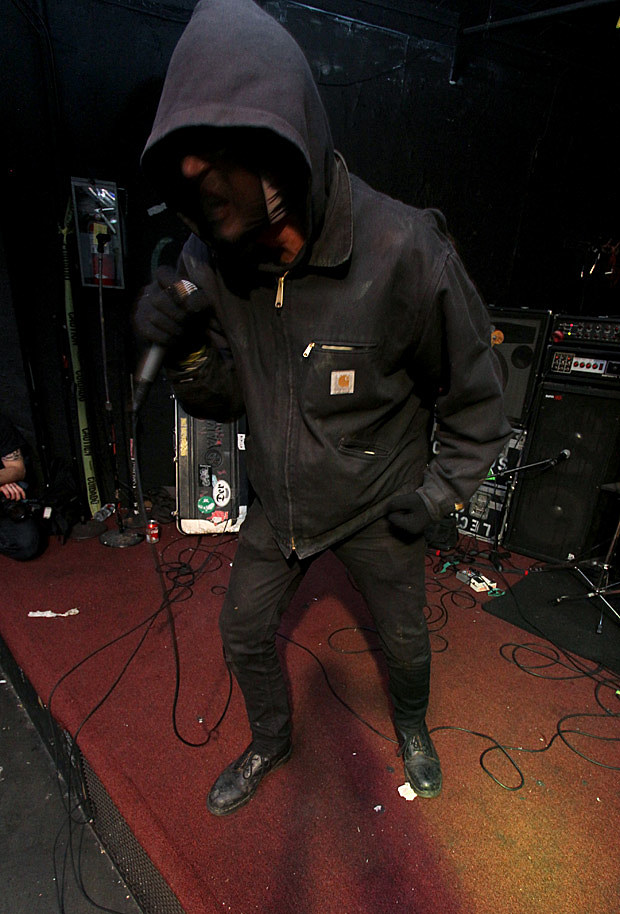 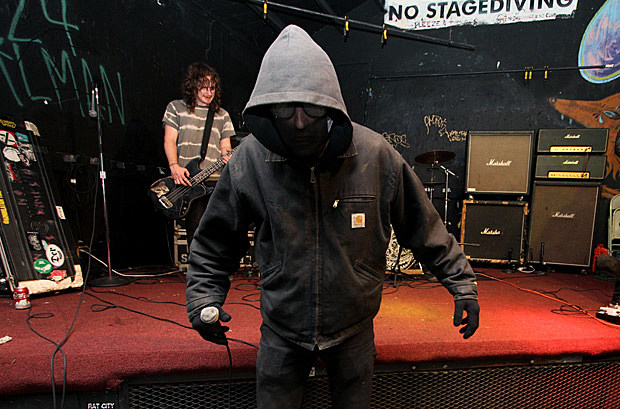 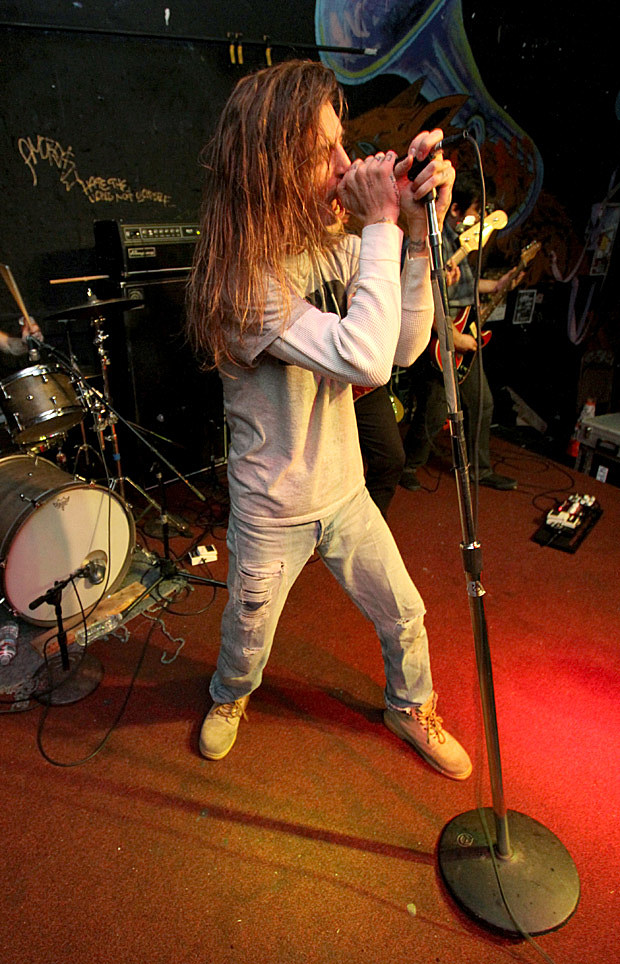 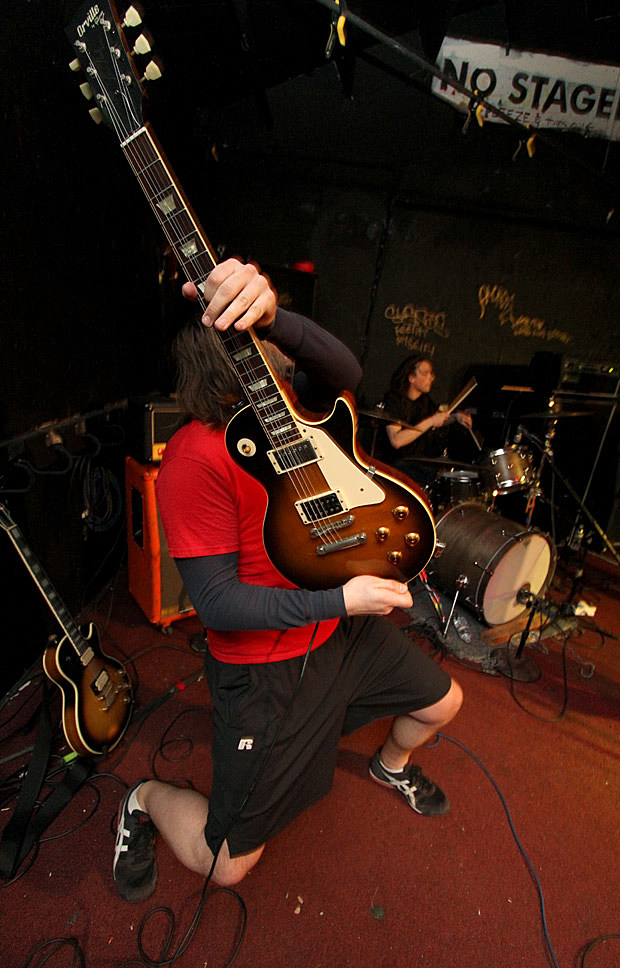