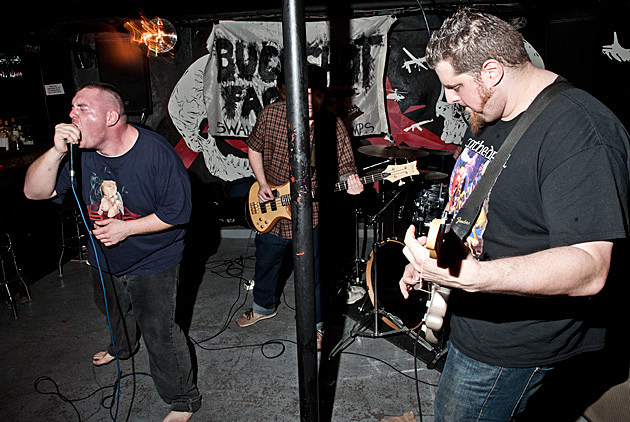 Long Island grind crew Buckshot Facelift headlined Leftfield on the Lower East Side last night (March 25th), playing a show with the touring Call of the Void and Ambassador Gun at the venue. It's Not Night, It's Space opened the evening and pictures of CotV and BF are below, alongside video from all four.

Call of the Void, who are sewing up the last few dates of a tour towards SXSW and back, alternated blasts, d-beats and breakdowns in the small rarely-used NYC live space. CotV were great, and effectively/viciously mixed early Mastodon-ian thunder with crust and grind. The Colorado band is currently headed West-bound, so give them your money.

Buckshot Facelift's set took place behind a backdrop that read "swallow the vomit lumps", advice that their lead vocalist definitely did not follow.

"I've got puke all down the front of my shirt. I guess that means I'm gross?" he said with a shoulder shrug.

That regurgitation's raison d'etre most likely came from the band's searing grindcore performance. In between blindingly fast blasting and sludgy breaks, what caught my ear the most were the basslines; far more advanced than hammering away at an octave or a fifth below the guitar, basslines were brimming with discordant chords and fills. Catch them if you can.

All pictures and some video is below. Catch Call of the Void on the road.

It's Not Night, It's Space

Call of the Void 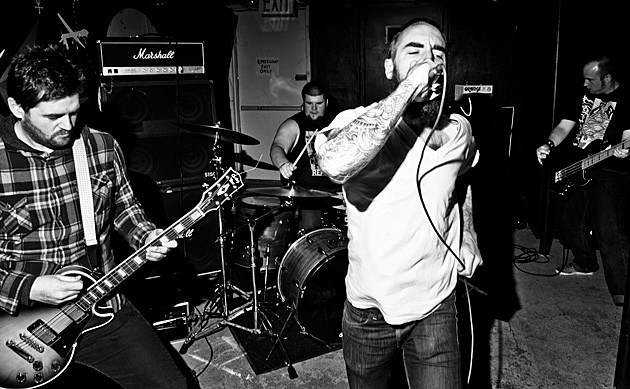 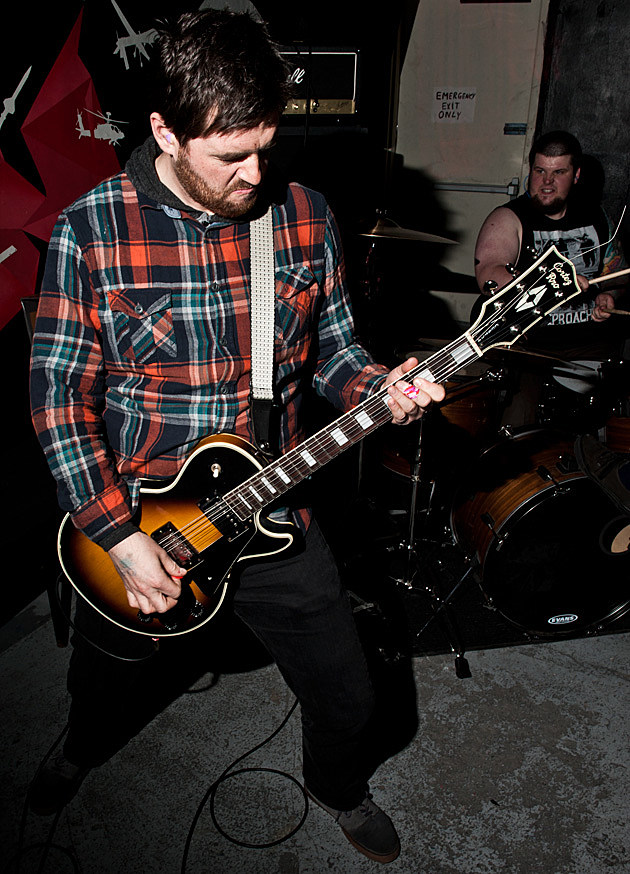 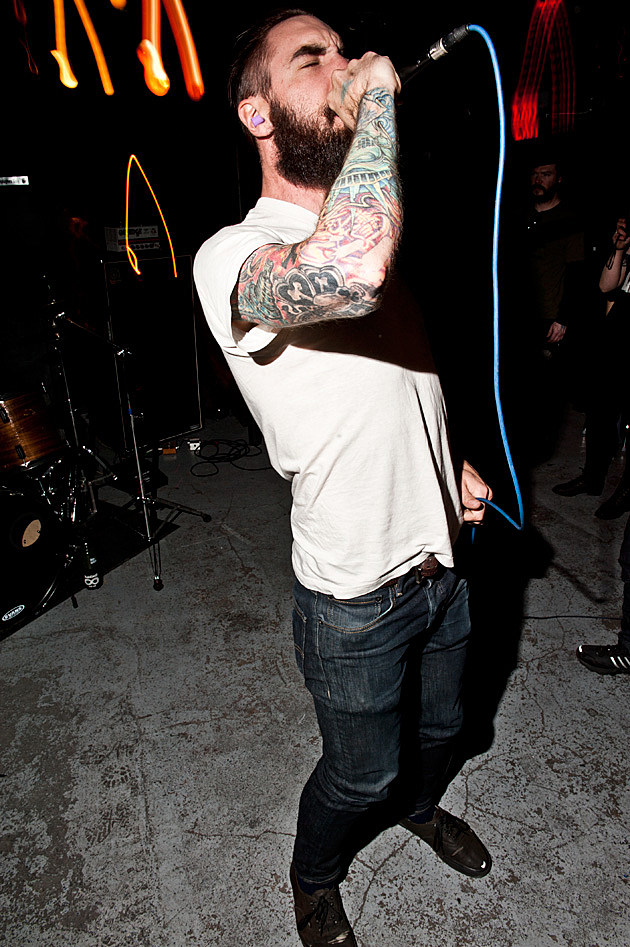 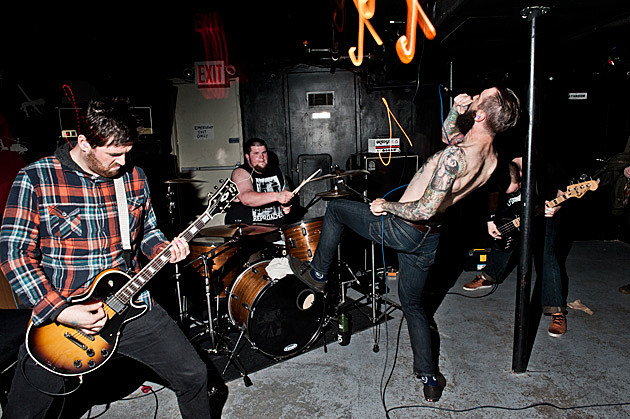 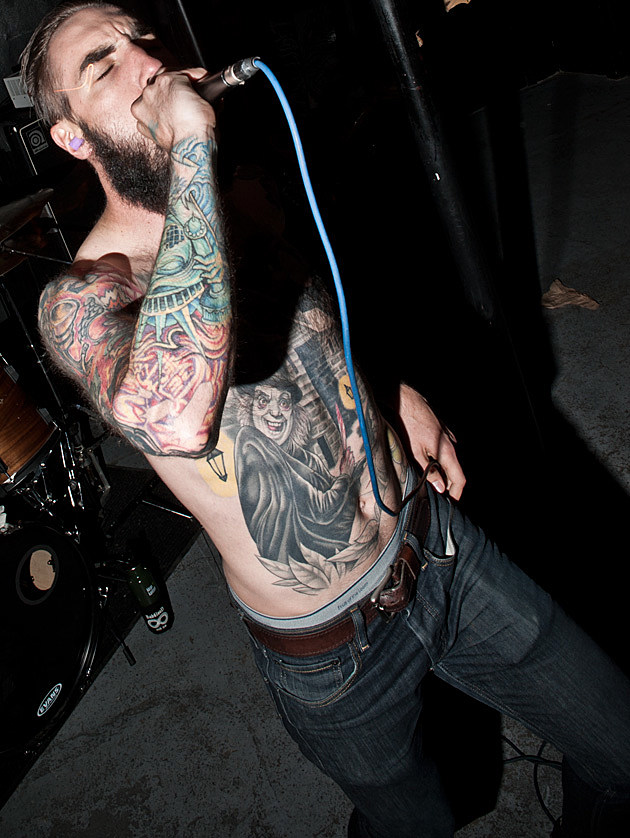 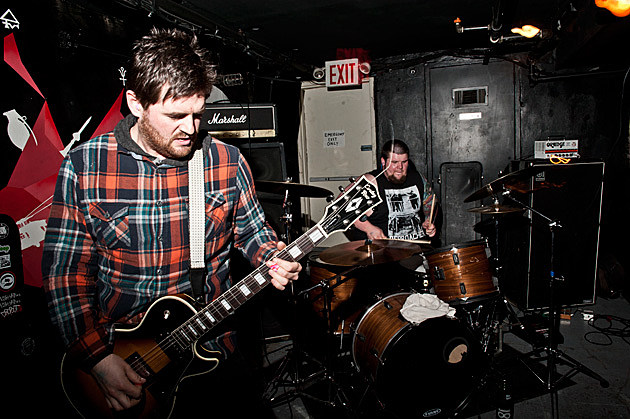 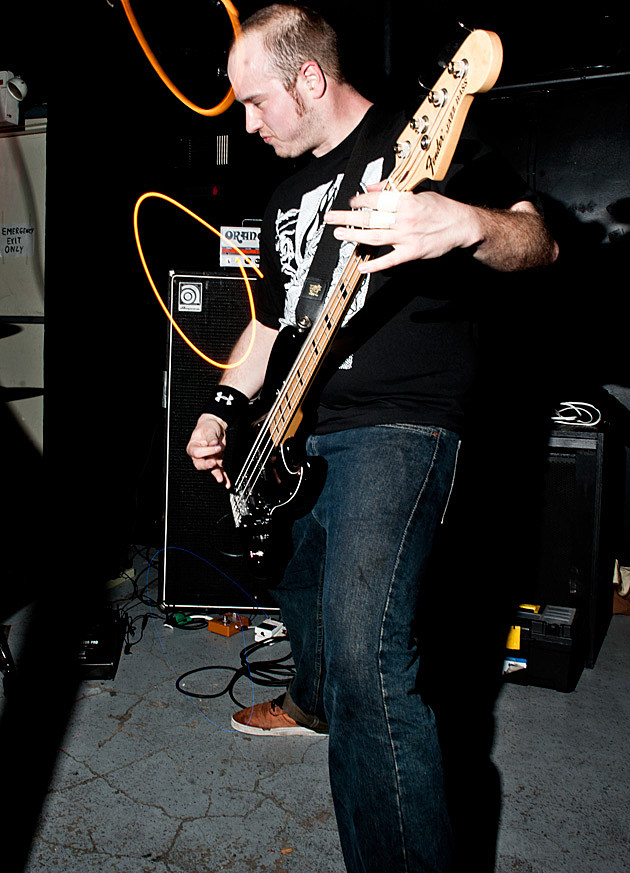 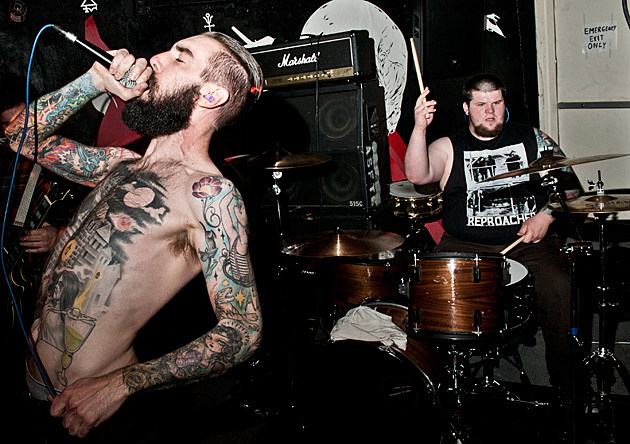 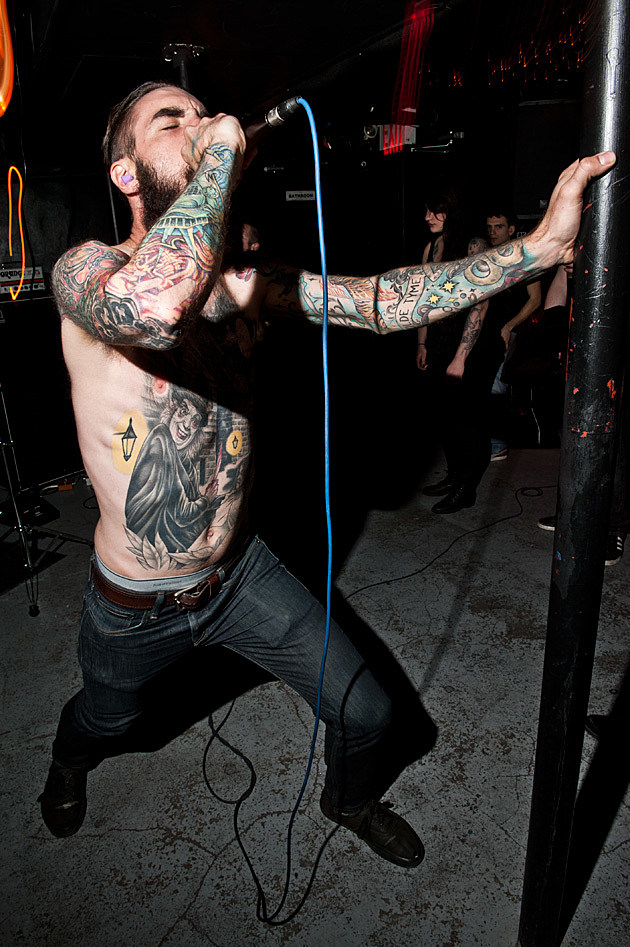 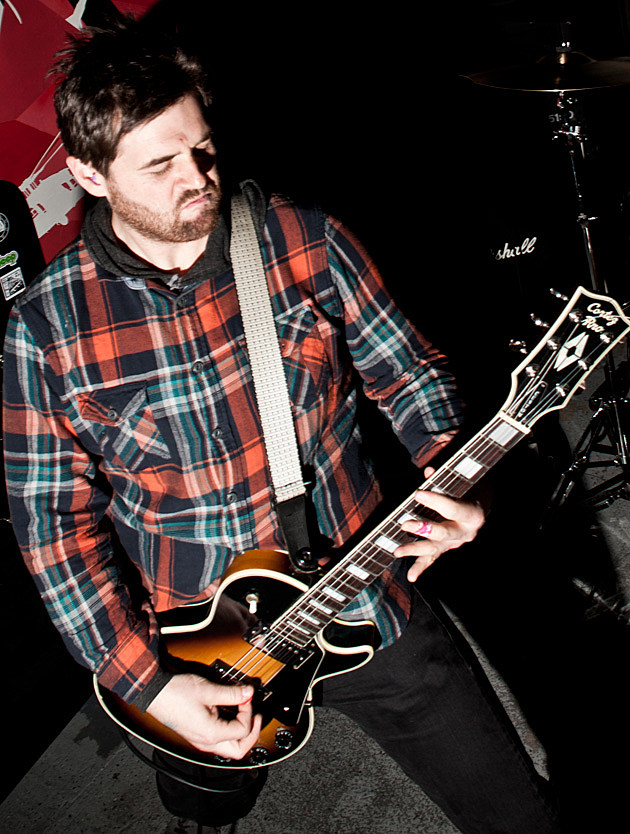 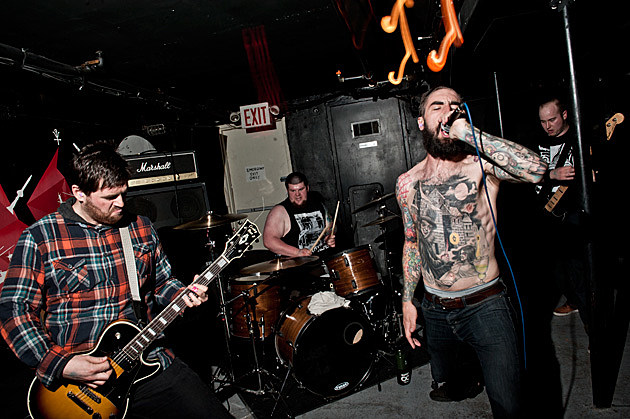 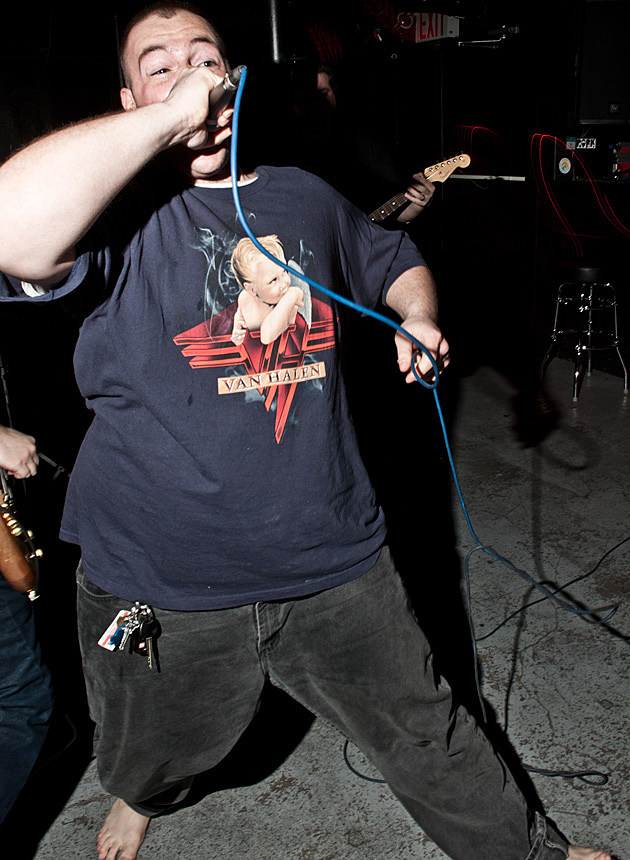 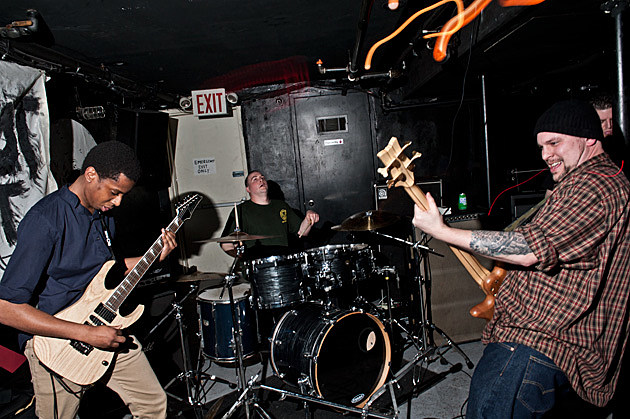 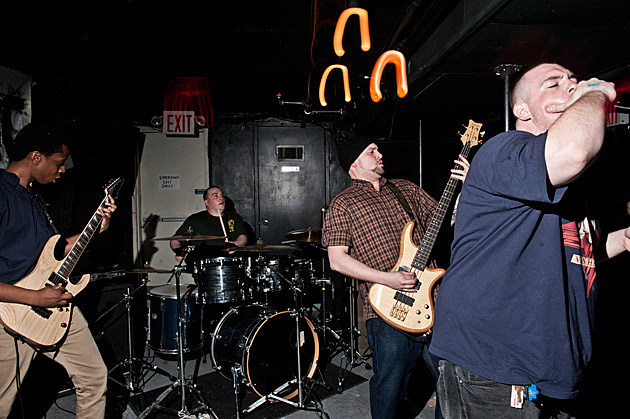 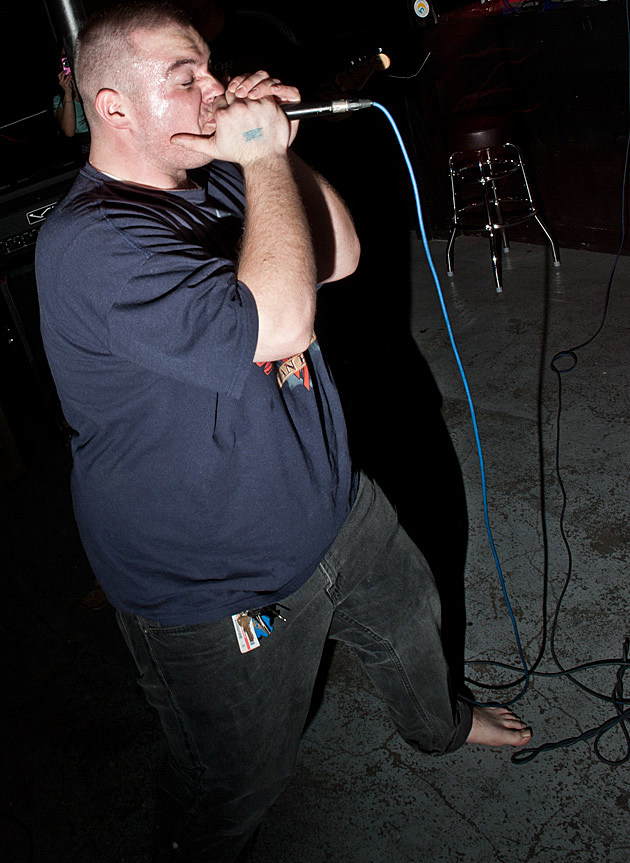 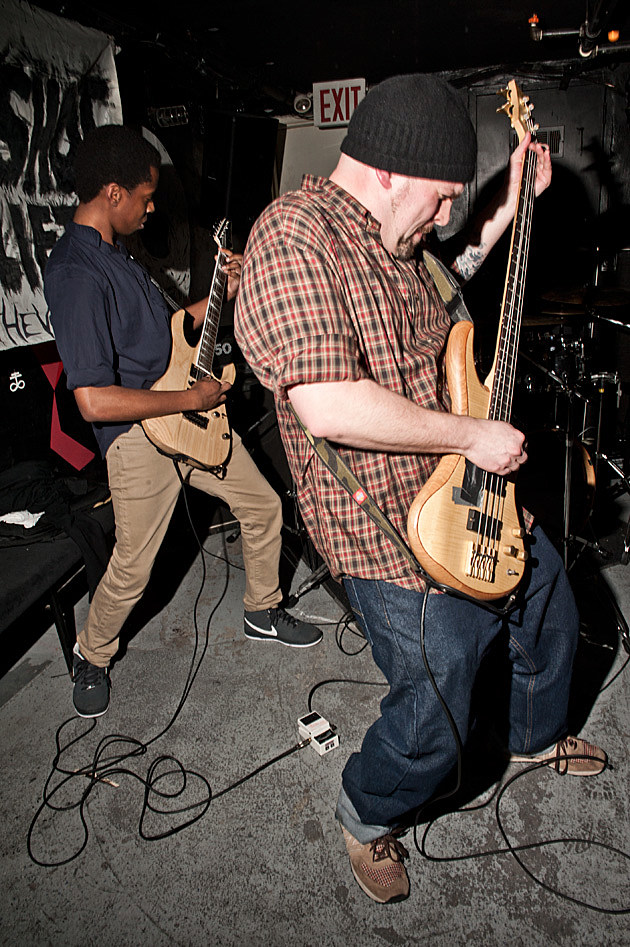 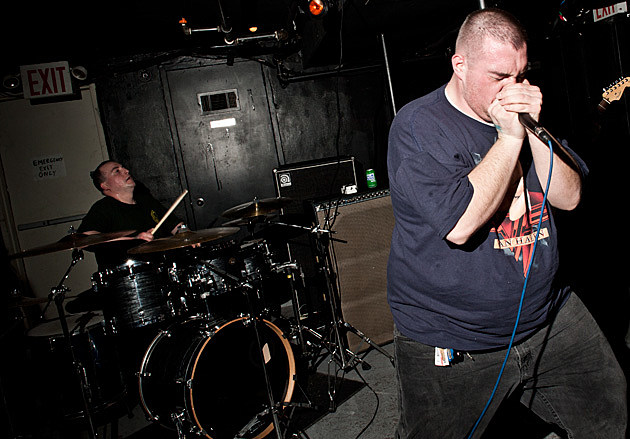 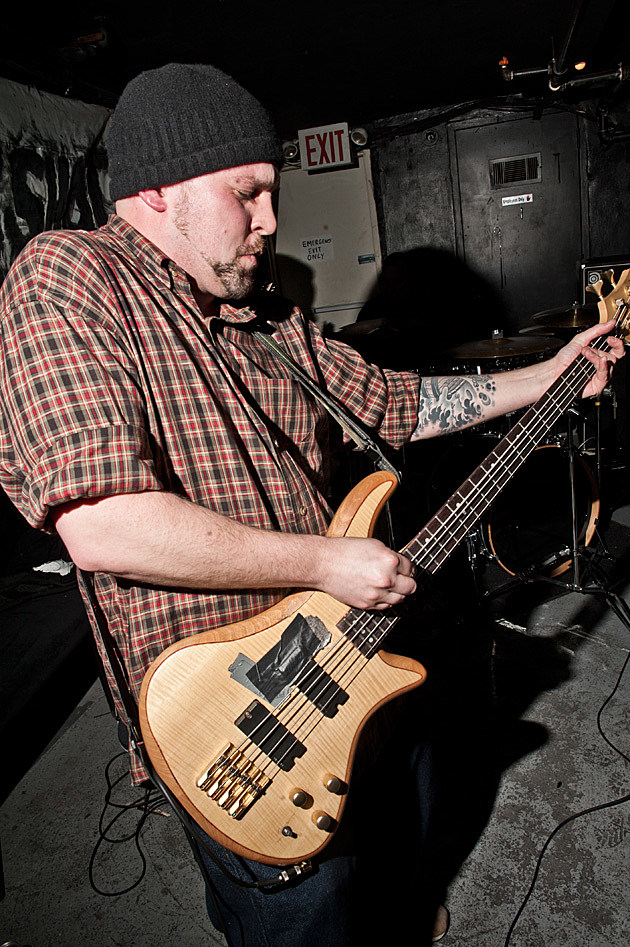 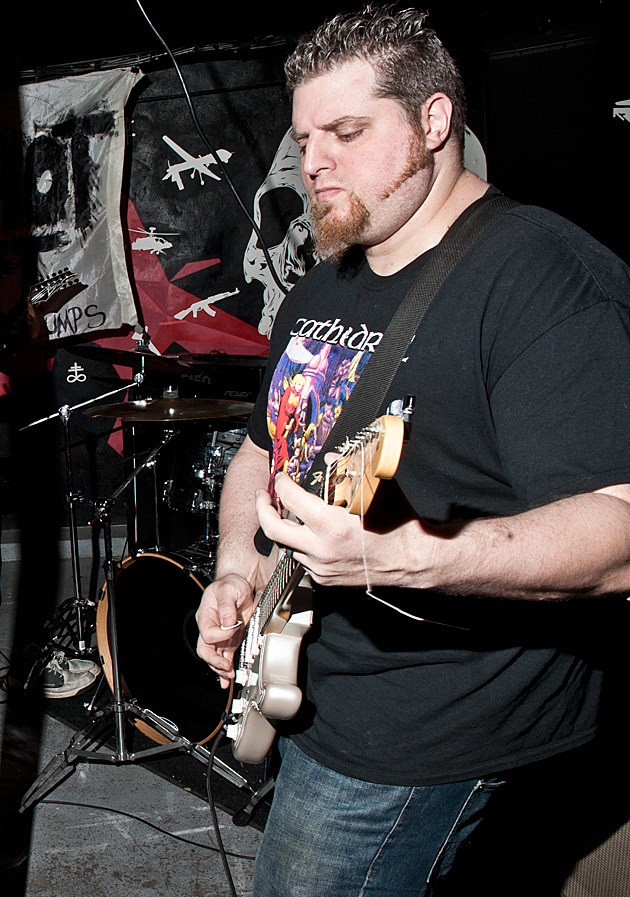 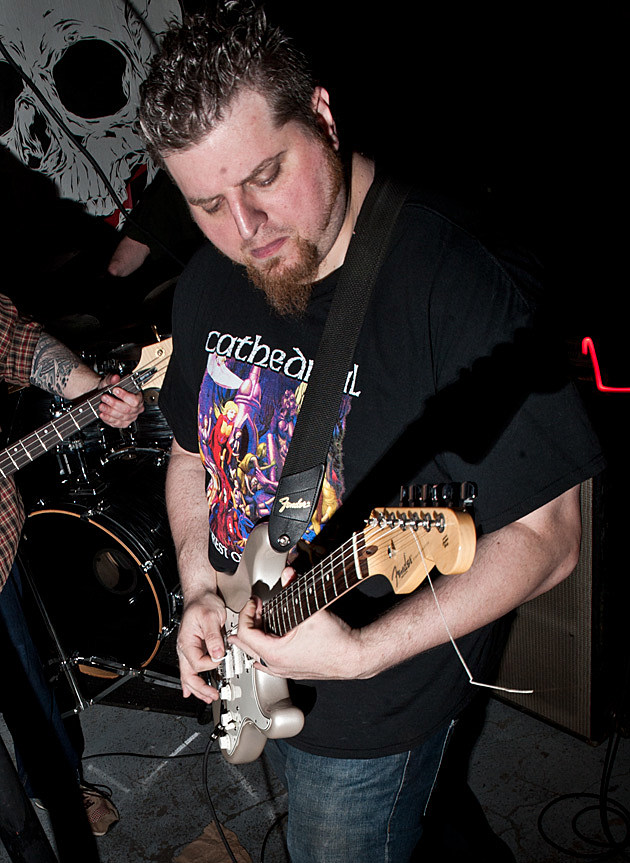 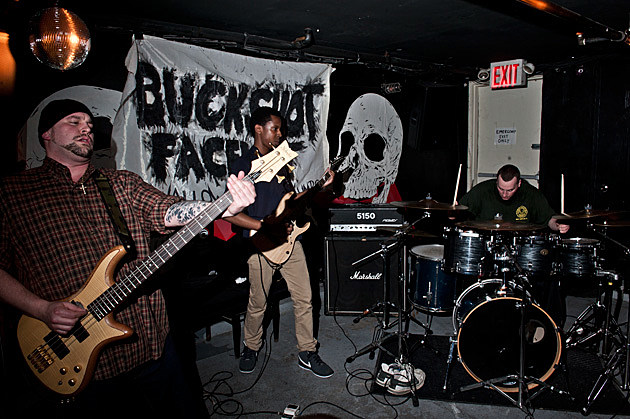 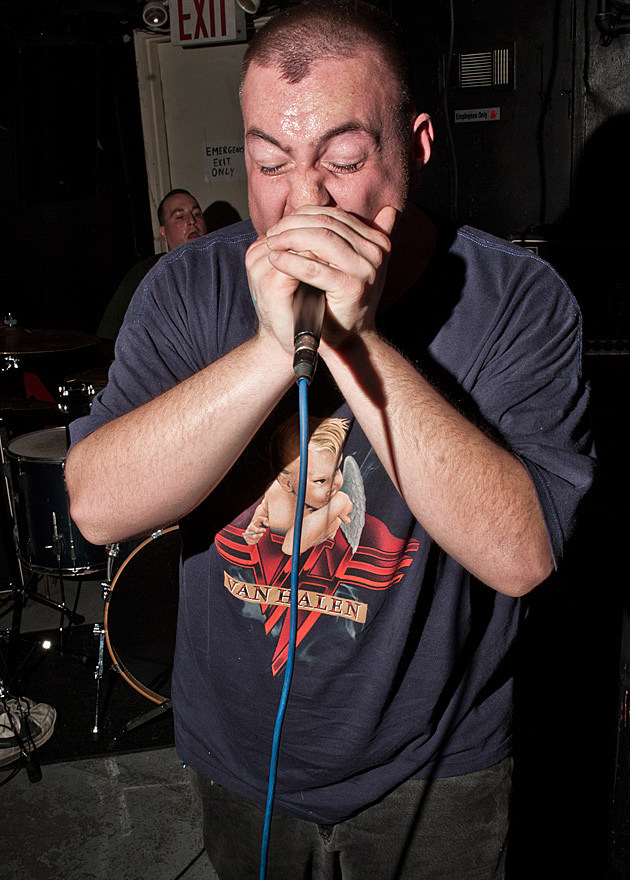 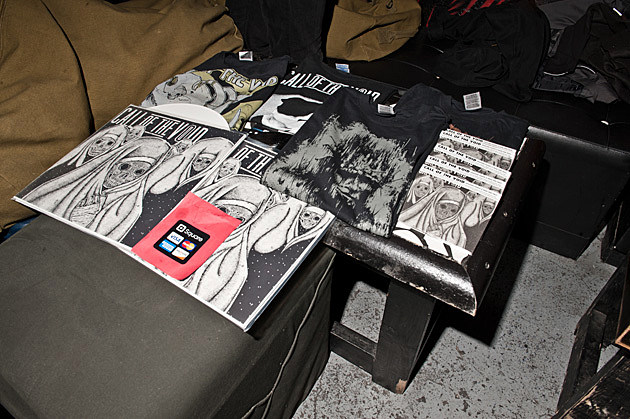 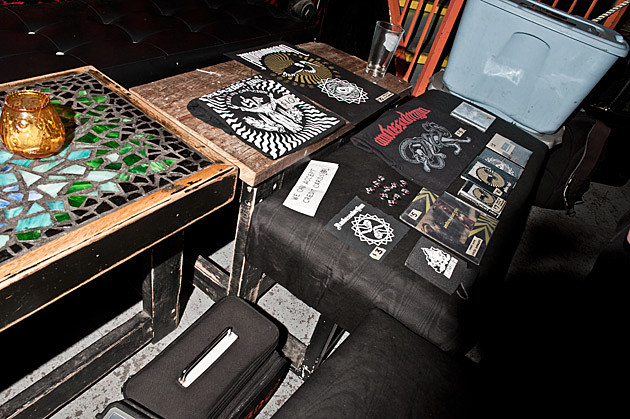 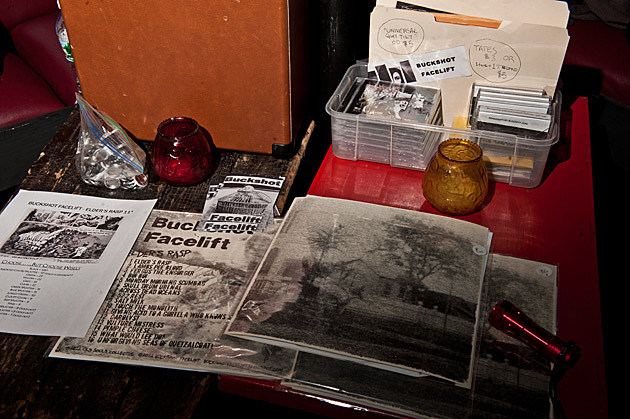 Filed Under: ambassador gun, buckshot facelift, call of the void, dbeat, fpessaro, grindcore, its not night its space, photos, video
Categories: Features
Comments
Leave A Comment
Back To Top