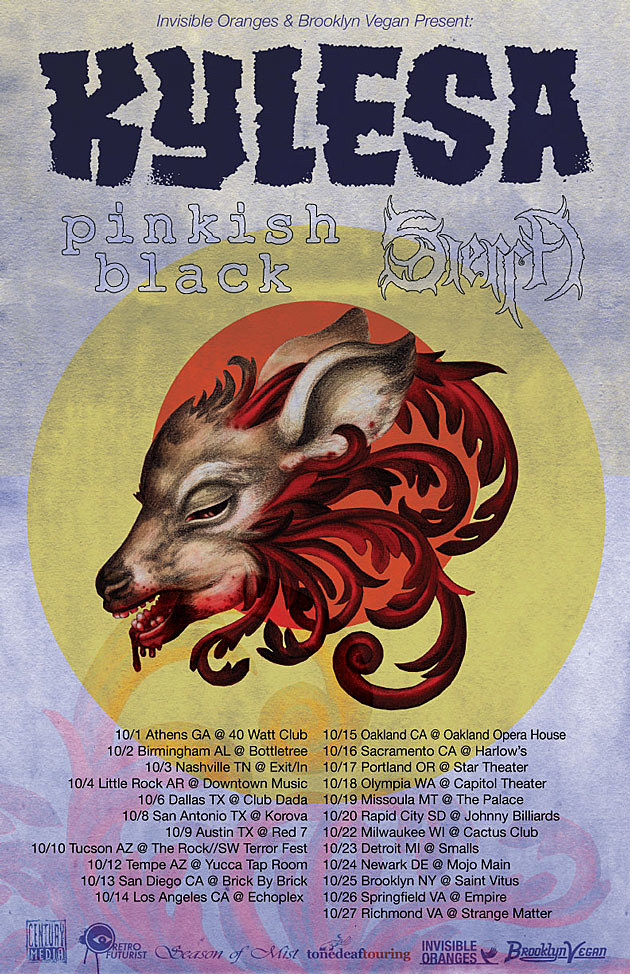 InvisibleOranges is the proud to announce our sponsorship of the upcoming Kylesa / Pinkish Black / Sierra US tour, a set of dates that will encompass the month of October and stretch from coast to coast. Kicking off in Kylesa's native Georgia, look for the bands to head West and loop back to the East Coast, eventually terminating in Virginia. Full listing of tour dates are below.