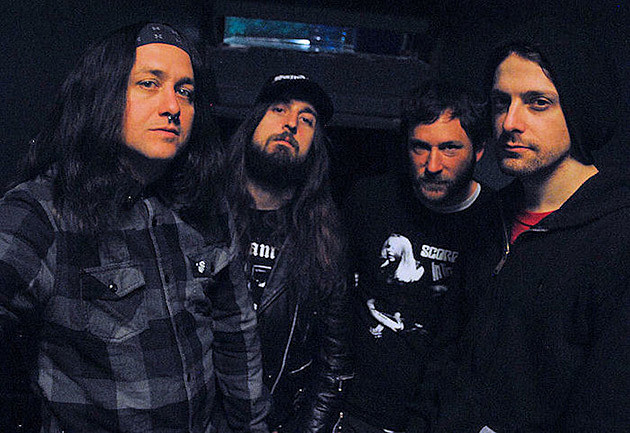 Tony's voice is unmistakable, but this ain't the Waste. But you're close... members of Municipal Waste and Darkest Hour have collided to form the crossover crew Iron Reagan. It's thrashy, trashy and fun, yet leans more hardcore and less in the tongue-in-cheek/camp that makes MW so over-the-top.

Iron Reagan's demo dropped last year, and now the crew returns with their new LP Worse Than Dead, due on March 6th via A389 Records. Stream the first song to be let out of the gates, "Cycle of Violence", for the first time below.

Iron Reagan played the A389 Festival over the weekend, and will embark on a set of dates in Feb. All known dates, a live video and that song stream is below.