photo: High on Fire at Saint Vitus in January (more by Keith Marlowe) 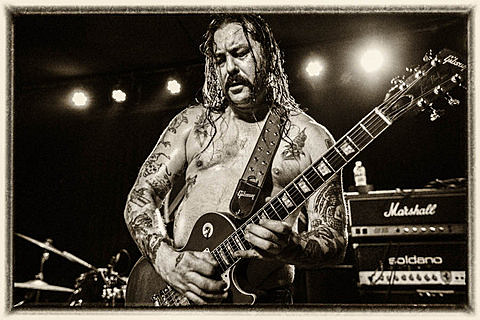 High on Fire went on a short tour earlier this year where they previewed some new songs from an upcoming album. That album has since been announced: it's called Luminiferous and will be out on June 23 via eOne Music. Converge's Kurt Ballou produced it. You can check out the artwork and tracklist below.

High on Fire also have shows coming up, with killer direct support from modern doom MVPs Pallbearer, as well as openers Lucifer and Venomous Maximus. The dates include two BrooklynVegan/Invisible Oranges-presented NYC dates: August 15 at Irving Plaza and August 18 at Music Hall of Williamsburg. Tickets are on sale now.

High on Fire also just released the new song "The Black Plot" from the new album which you can listen to below along with all the tour dates, the new album's artwork and tracklist... 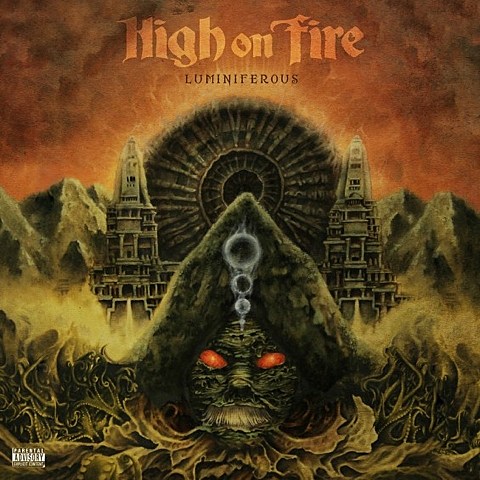