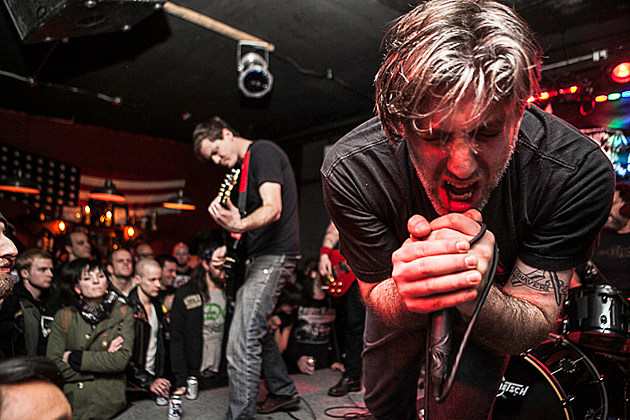 How exclusive is too exclusive? Black-metal-hardcore favorites Gehenna have released a new stream of "They Begged for a War," a track culled from the band's three song, mostly digitial EP of the same name. What's more, the band have announced it's physical release as well

Human Double Face Records presents: The Infamous... GEHENNA﻿ - "They Begged For A War". This hand crafted lathe cut 7" record is limited to a one time pressing of just 40 copies and features 3 new unreleased songs by Gehenna. This will only be available to purchase in person from Richard Ramos﻿ at Chaos in Tejas﻿ 2013. He will have 28 copies available. No mail order. Just hand to hand sales.

Email dickiebay AT gmail DOT com to get your copy. I can smell the ebay hounds already.