Despite my best efforts, this month’s column features no albums under the “Free (or might as well be)” section, which could either be a coincidence or fewer bands are feeling generous. Also, I extended the “Definitely Not Metal” category to reflect my finds. As always, hope you discover something inspirational, and please submit requests to bandcamporanges@gmail.com 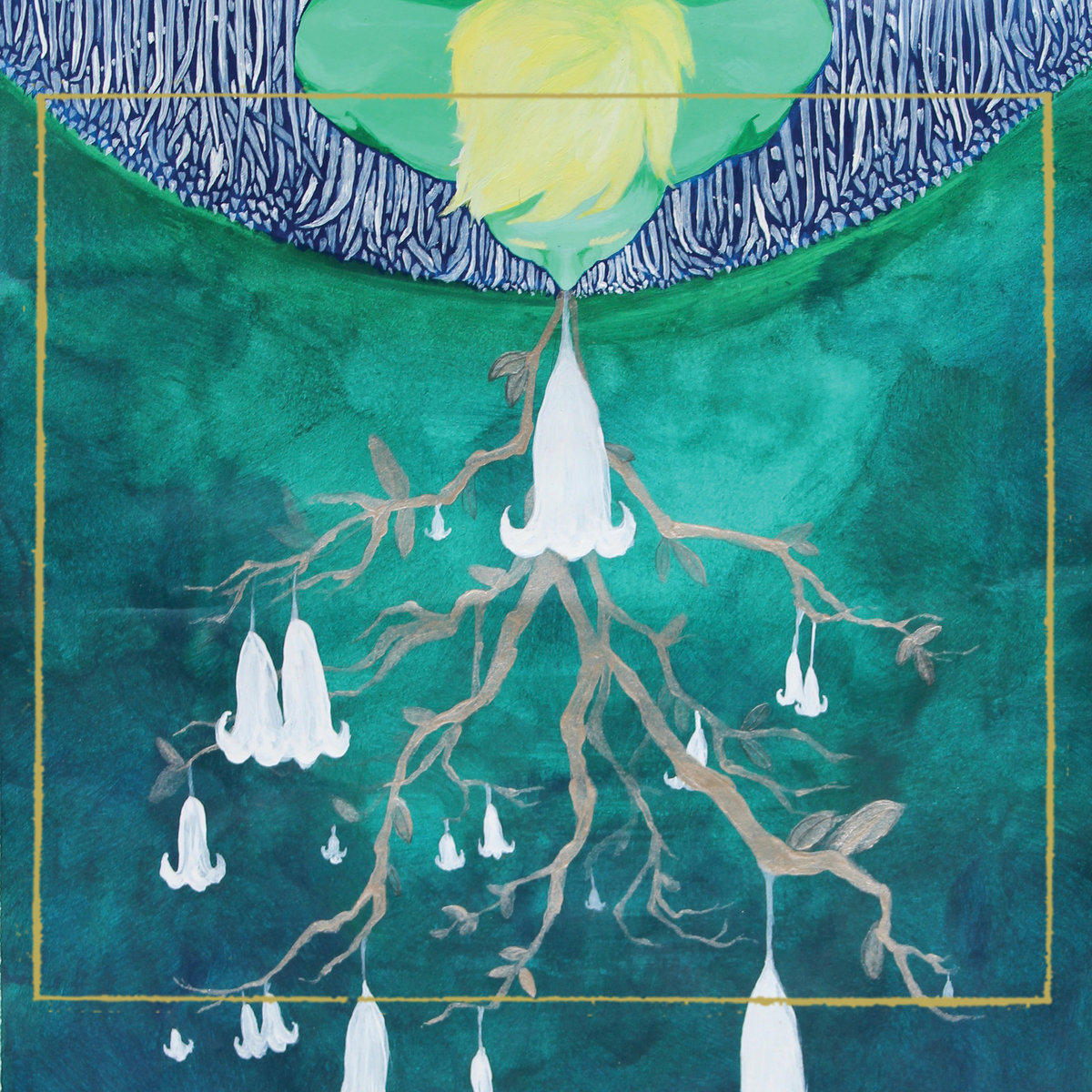 It’s difficult to reconcile the ugliness Great Gospel put forth on An Adorning Rotation with how nice they look from their photos, but the Birmingham, AL group conjures experimental and doomy post-metal worthy of the most tortured. Rather than stretching out subpar riffs for length, An Adorning Rotation unravels slowly and intentionally with unique progressions full of all the right wrong notes. At times they project a looseness that hints of Mare and Kayo Dot, while other moments touch on the experiments of Ephel Duath, but ultimately they have transformed their influences into something unique. Despite the lengthy track times, the music never feels stagnant, and as a huge added bonus, the vocals are certainly not unpleasant when they deviate from the guttural. If only more bands in the genre could deliver music this thoughtful.

When people say that magic surrounds us, I presume they’re referring to Yowie’s extraordinary brand of off-kilter, instrumental, math rock. Synchromysticism, the St. Louis trio’s third album and first in five-years, indoctrinates the listener into a harmonic world where every moment amplifies the strange; nothing is normal, yet everything makes sense. They reign supreme on an idiosyncratic sound with riffs that defy logic atop razor focused grooves, producing the most quirky funk in the process. Through vertiginous execution, they craft a hypnotic experience that becomes uncomfortably catchy once the human brain comprehends the unfolding science. And it’s absolutely heavy. Why more media outlets, regardless of their focus genre, don’t tout their genius baffles me, as Synchromysticism is pure gold.

Favorite track: “The Reason Your House Is Haunted Can Be Found On This Microfiche” 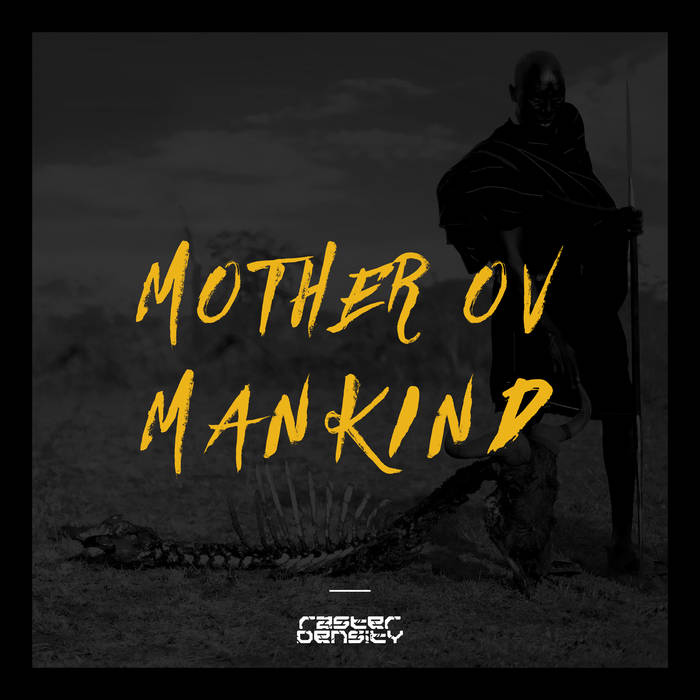 My dotard ears often associate youth with hollow content, particularly in the technical death metal genre, but Raster Density shirk that marriage on Mother ov Mankind. While the Finnish group performs with an olympian flair, the lean songwriting, aided by crystallizing production, develops absorbing themes that possess a special quality; without waxing too much poetic, they absolutely nail their riffs. Lyrically, the album centers around stories of violence, rituals, and oppression originating from Africa, an intriguing choice that deserves follow-up questions. Inspiration rarely surfaces in modern technical death metal, but Mother ov Mankind does show the available space for great songwriting.

Favorite track: “To Be Leered, Abused and Shamed” 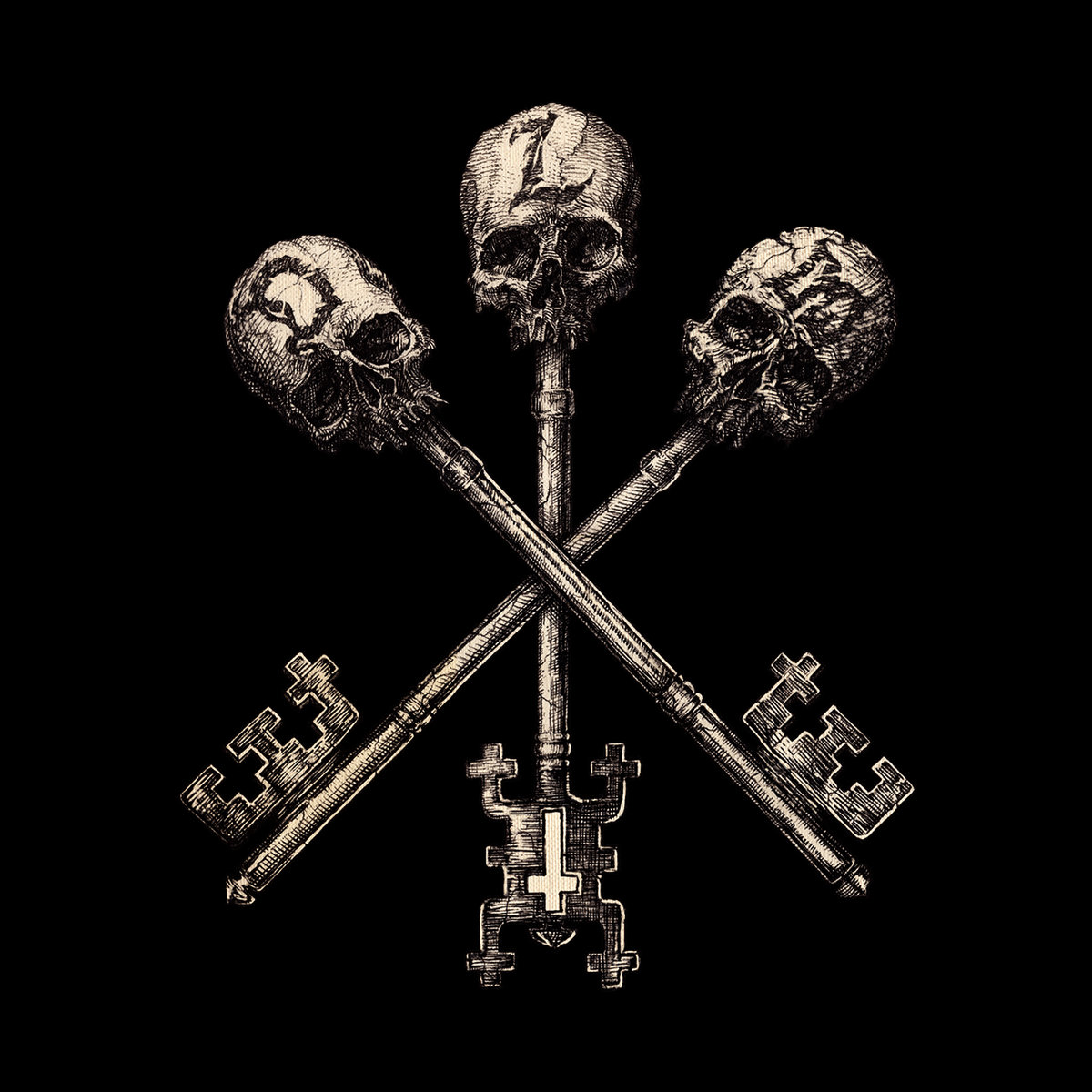 Death Like Mass deliver a heavy dose of Polish black metal on Jak Zabija Diabe that embraces discordance and eschews cliche. Backed by a harrowing vocal performance, the three-song EP showcases memorable songwriting that never feels murky or overwhelming, despite its unrelenting fury. While not entirely atypical, Death Like Mass prove that a classic dish done well rarely disappoints. 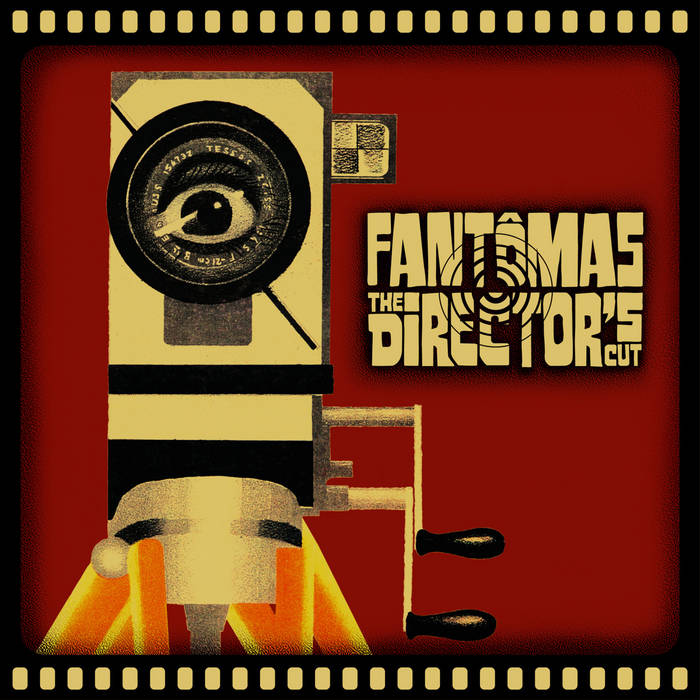 Evoking everything from adoration to irritation, Mike Patton undoubtedly stands as a prolific musical entity. In addition to the final Mr. Bungle album, 1999 bore the debut release from supergroup Fantomas, consisting of Patton, Dave Lombardo, Trevor Dunn, and Buzz Osbourne. Combining stream of consciousness avant-garde spazz metal with Patton’s non-vocal vocals, they picked up where John Zorn’s Naked City ceased. Fantomas provided the platform for Patton’s eccentricities, while highlighting Osbourne’s convincing thrash abilities and releasing Lombardo from the limited perception as the drummer from Slayer. Two years later their second album, The Director’s Cut, forgoed the complete erratic confines of their debut and instead reworked compositions from various cult movies and TV shows. Focusing on cinematic interpretations, the group performs as a whole and supports each-other’s strengths, including several stretches where one or more instruments completely steps aside for another to shine. In particular, Buzz Osbourne produces nuanced and complicated lines that rival infamous film composers, and Patton delivers some absolutely chilling performances, particularly on the haunting “Rosemary’s Baby.” While tracks like “Spider Baby” and “Vendetta” showcase a playful side, or "Experiment in Terror" and "Twin Peaks: Fire Walk with Me" reveal a jazziness, Fantomas absolutely slay with the hiccuping thrash of “The Godfather” and blast-beat summoning of “The Omen (Ave Satani).” When compared to today’s more conservative metal landscape, The Director’s Cut sounds fresh and vital, and raises the question whether it would surface in the present musical climate. 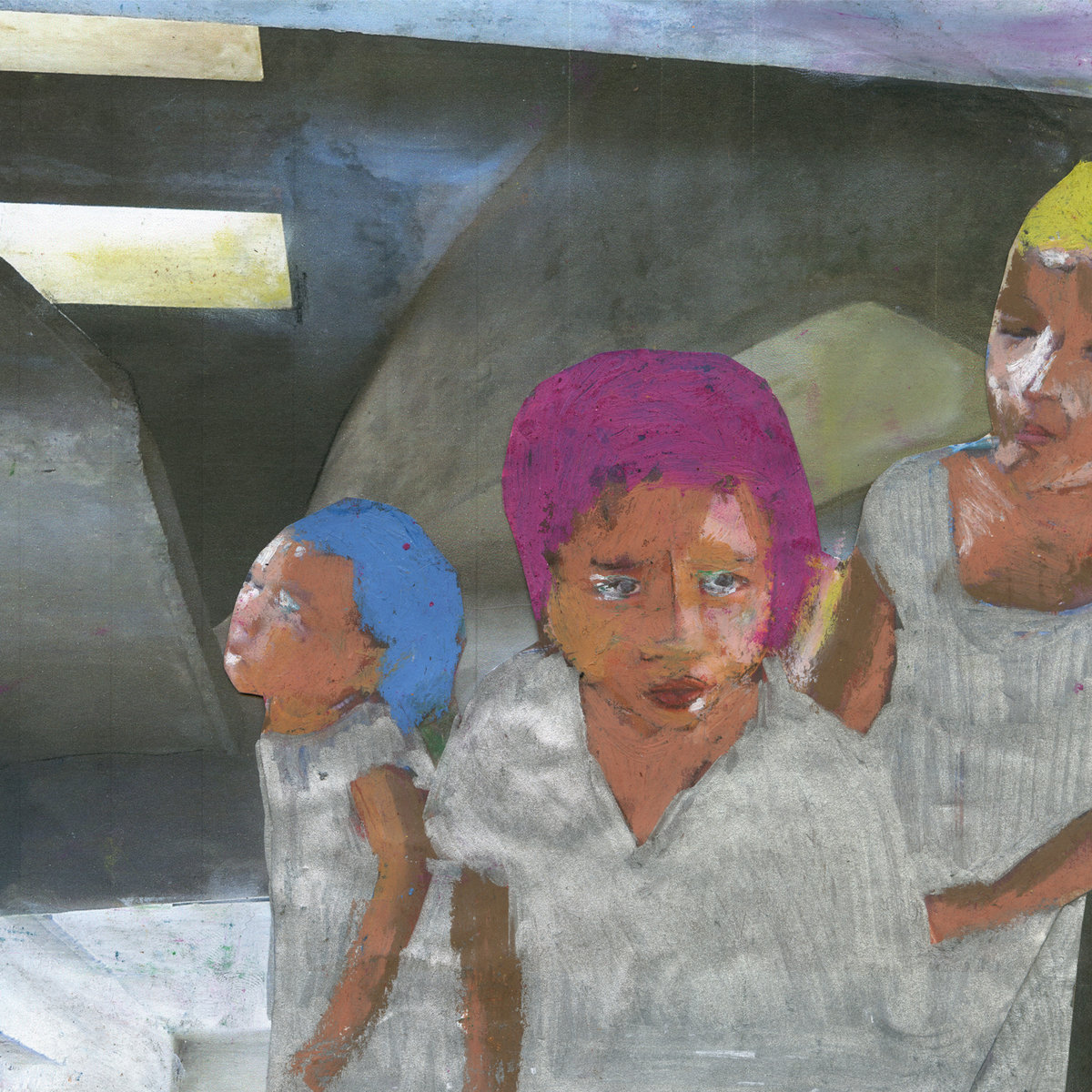 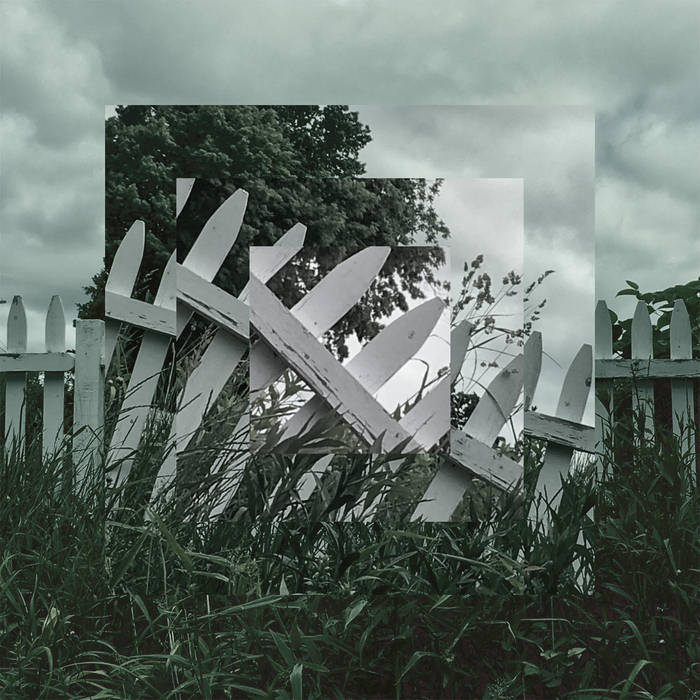 Baring your soul produces mixed results in the music world, but The Most succeed at balancing youthful earnesty with advanced musicianship on At Once. Boasting a horn section, the seven-piece from Southington, Connecticut sound like a more aggressive Sufjan Stevens circa Illinois, with a much stronger nod to traditional math rock and emo that occasionally erupts into heavier territory. At Once maintains a tension between raw vocals and dynamic musicianship that, despite capturing adolescence, sounds far from sophomoric. 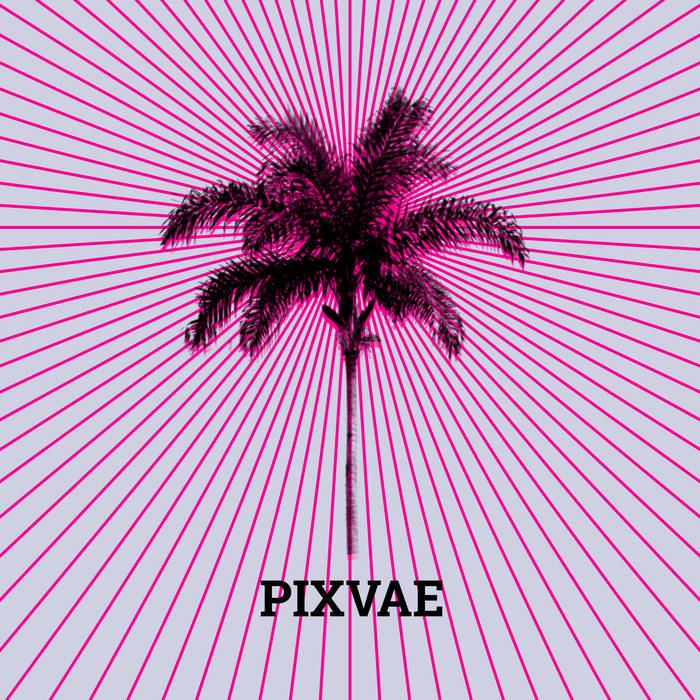 The etymology of Pixvae comes from the cross-bred pixbae fruit of Panama, and represents the combined trios Kouma and Bambazú. Operating from Lyon, France, the dual entities fashion a mix of prog rock and Currulao, producing results that meld traditional dance with a tense backdrop of odd-time signatures and unconventional riffs. Kouma, the rhythm section, seem equally influenced by Mars Volta and King Crimson, and they represent the darker half of the sextet. By contrast, the three vocalists of Bambazú contribute a more sweet and intoxicating vibe, albeit one full of power and emotion. The exhilarating fusion sounds pointed and inspired to revolt. 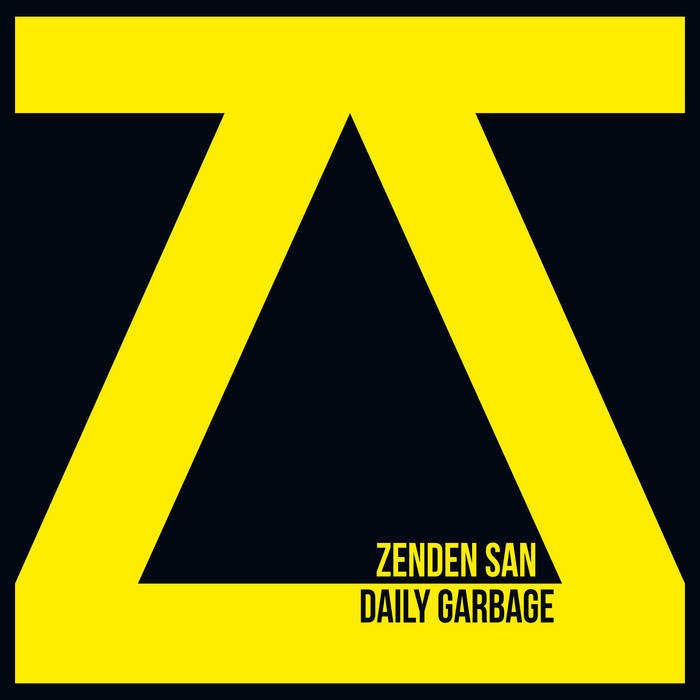 If you can imagine what an instrumental combination of The Minutemen, Primus, and Ruins would sound like, welcome to Zenden San. Operating as a bass and drum duo, Daily Garbage maintains a solid funkiness while twisting odd-times and complex notes on a dime, resulting in a sound that feels both entirely improvised and meticulously penned. Drummer Alessandra Fiorini successfully weaves through the chaos, but bassist Fabrizio Giovampietro’s fascinating performance is the centerpiece. Zender San comes highly recommended for fans of the uncategorizable.

Favorite track: “Life Of A Pavement”