Welcome to From the Bandcamp Vaults. As you can likely surmise from the title, this bi-weekly series is focused on unearthing bands from everyone’s favorite digital music platform. Sure, the service is now host to a slew of metal labels offering their sizable discographies, many of them at a considerable discount (we’ll get to that). And yes, there are a growing number of classics that call BC home (we’ll get to those, too). But the main focus of this feature is to introduce you all to the heavy and extreme wonders tucked away in the nooks and crannies of this most wonderful of caverns; the unsigned, the just-starting-out and – who knows? – the soon to be buzzed about.

If you or a friend or family member or someone to whom you owe a favor creates music of the loud and/or weird persuasion and you’d like to see it featured here, fire off an email to this address and we’ll check it out: bandcamporanges@gmail.com

In related news: a benevolent young man going by the Twitter handle @MannyOWar (get it?) started a secret Santa-style campaign for metal fans on Bandcamp under #metalbandcampgiftclub. If the holiday generosity has yet to leave your corporeal form, head on over to Twitter and post your Bandcamp wishlist. Select another profile also connected to the hashtag, check out their own wishlist, then gift them an album from said list of extreme treasures. It works both ways, so others can gift you an album from your list to then pay it forward to another lucky devotee of the heavy. Who knows? You might unwrap that final piece of your Drowning the Light collection you’ve been eyeballing for a year. 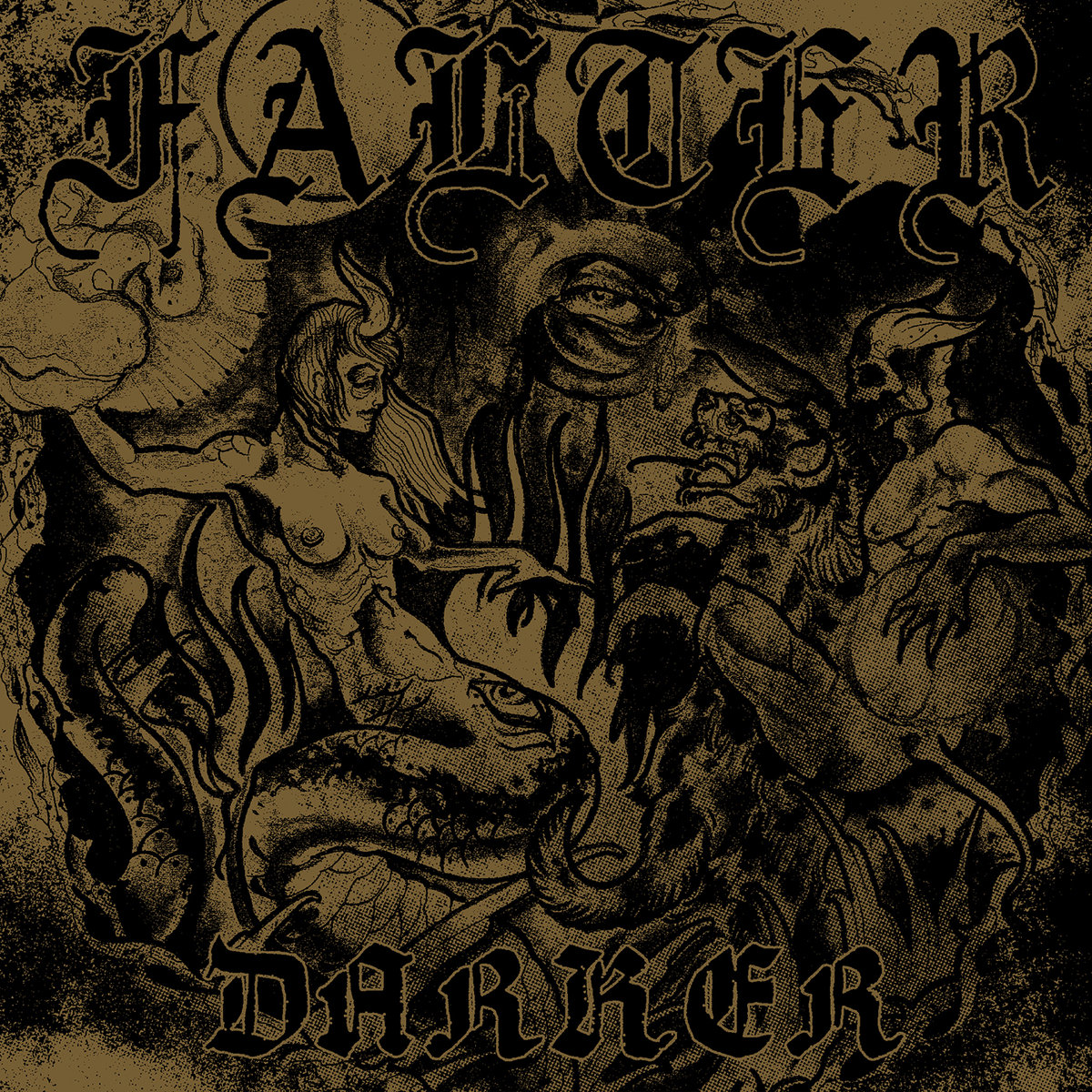 I’m guilty of dismissing most bands within the first minute if I’m not able to hear distinct phrasings or harmonies but it’s nice to disregard that criteria in favor of something that simply raises your heartbeat. From Milwaukee, Falter play to their strengths and fall into this latter category. Their metallic hardcore and powerviolence combo eschews the fancy in favor of intensity and creates a memorable listen in the process, which is not an easy task within those respective genres. Hovering at around 11-minutes and supported by great guitar tones, Darker strips its sound down to the elements and clings to volume for its duration. There are no interludes or wasted space, just a concentrated, satisfying fury. 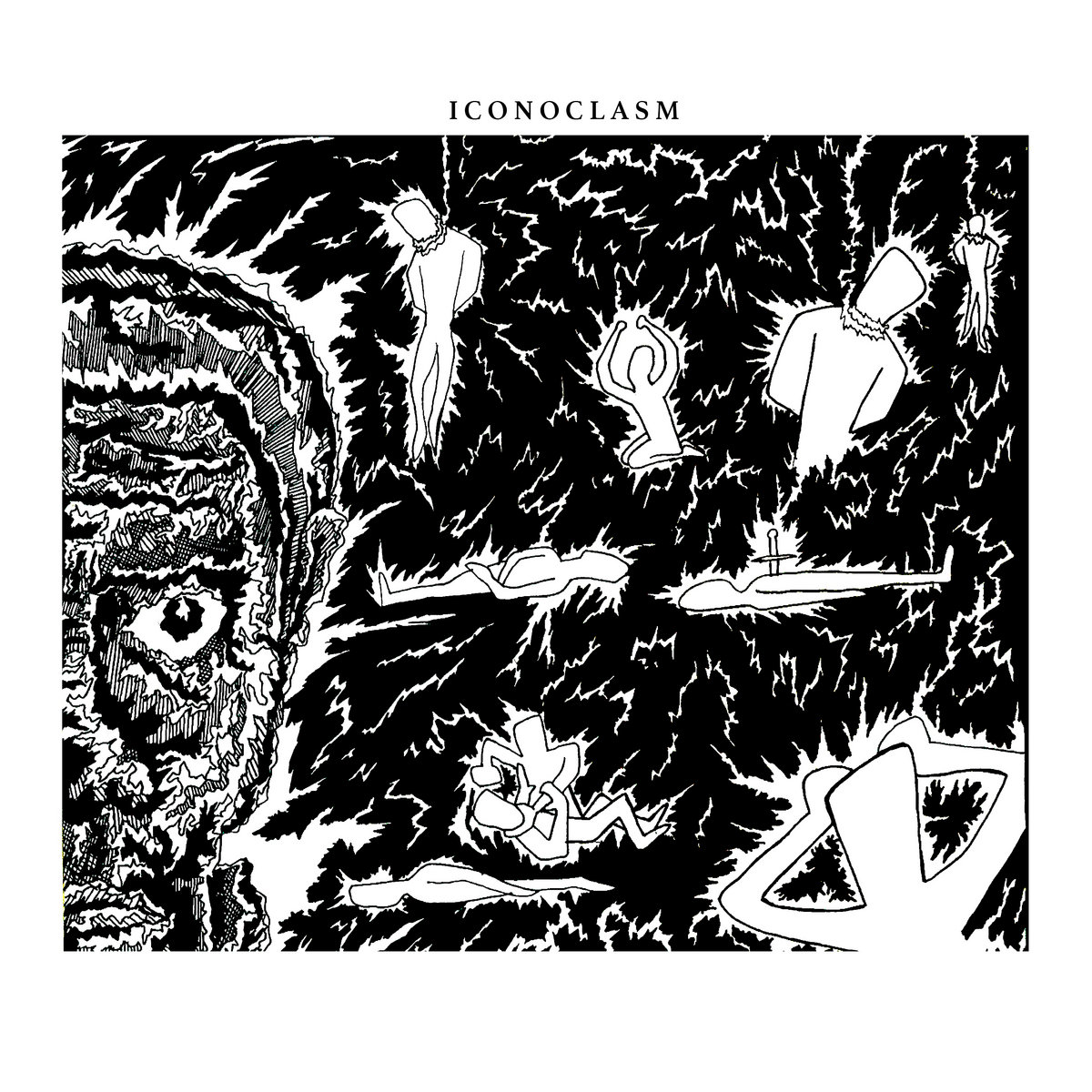 If you worship 4 Of A Kind-era D.R.I. or classic thrash in general, then welcome to your new favorite band, Iconoclasm. This Austin, Texas, trio make no attempt to hide their influence on their self-titled full length, from the artwork to the lyrics, but do so playfully and without a reductive irony. Rather than ape the cliches of bands like Exciter, Iconoclasm update thrash with modern nuance, as heard on the fast as hell “Executive Compensation,” or the hessian sing along, “T-Minus 10.” The sloppy moments reinforce their overall spirit of smile and mosh. Guitarist and vocalist Cameron Fisher leads the pack with shredding riffs and Paul Baloff influenced vocals, while drummer Tim Cornwell performs at a stunning pace. Perhaps most impressive: they’re all teenagers. With talent and age on their side, they hold the power to usher in a new era of thrash. Current proceeds from all merch sales will be donated to RAINN (Rape, Abuse, and Incest National Network).

Sure, you’ll need to either squint at your screen or crank up its contrast to view this band’s page, but trust me, this’ll be worth it. Tempest play absolutely vicious grindy/sludgy/generally displeased hardcore. Songs careen along at gnarly tempos until they slam headlong into big, booming post-metal melodies. Tempest is the band’s latest and best release so far, evolving the busy-yet-melodic sound they developed in their early EPs into epic crust that plays nice with the Tragedy and From Ashes Rise scene in Portland, just a day’s drive from the band’s home base in Vancouver, B.C. Check the amped-up riff in “Sunless Year”: that’ll get a pit stirring. In a presentation at Berklee about the recording of Jane Doe, Kurt Ballou mentioned that some bands purposely avoid working with him for fear of becoming branded with his signature sound. If I were a betting man, I’d put money on Tempest making magic at Godcity.

Man this is why we started this column. Legionnaire are a gallopy, lead-happy bunch of Finns who, like, really love Slough Feg. I’m not gonna lie, this is going to be a little rough. The production on The Enigma of Time is demo quality, with all the static-filled vocals and single-mic’d drums that come with that descriptor. But DAMN, can Legionnaire sling some shredding triplets. The recording quality becomes endearing before too long, as the whole shebang has that feel of a band jamming the hell out in their dingy rehearsal space – and, wouldja lookit that, the liner notes say that’s exactly what happened! I really hope that when either Shadow Kingdom or Cruz Del Sur inevitably knight these guys that they don’t budget Legionnaire too highly; the energy they show is almost too much fun for a real-deal studio. The leads that comprise the hook to the title track are ripped right out of Hardworlder, but I’m too busy air guitaring to care. 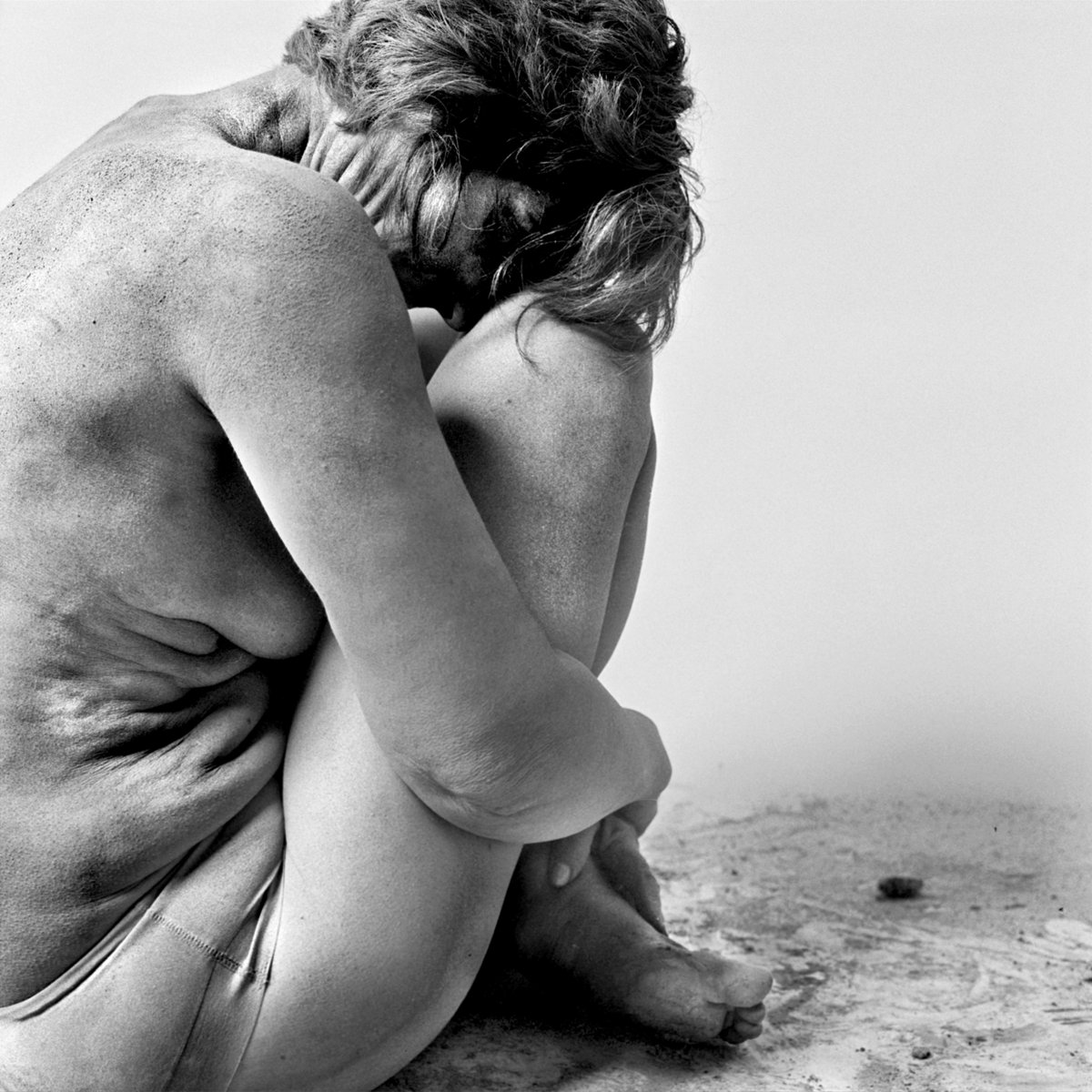 While they won’t win any band-name contests, The Rodeo Idiot Engine from Bayonne, France, more than overcome their moniker with an exceptional collection of dissonant metallic hardcore. Malaise, their fourth album, blends elements of chaotic screamo alongside black metal harmonies to shape an uneasy atmosphere, which according to vocalist Jérôme was the intended effect. The first-half of the album primarily focuses on their metal strengths but on the back-end they create more of a singular piece of music by slightly pumping the brakes and carving space for their dark tones to breathe. When they focus their energy on tracks like “Ildoak” or incorporate classical elements on tracks “Syngue Sabour” or “Thousand of Nails” they sound like a band combining their creative energy to elevate above their genre tags, something that would bode well to develop even more in future albums. As is, Malaise is a wonderful addition to the prolific French metal and hardcore scene. 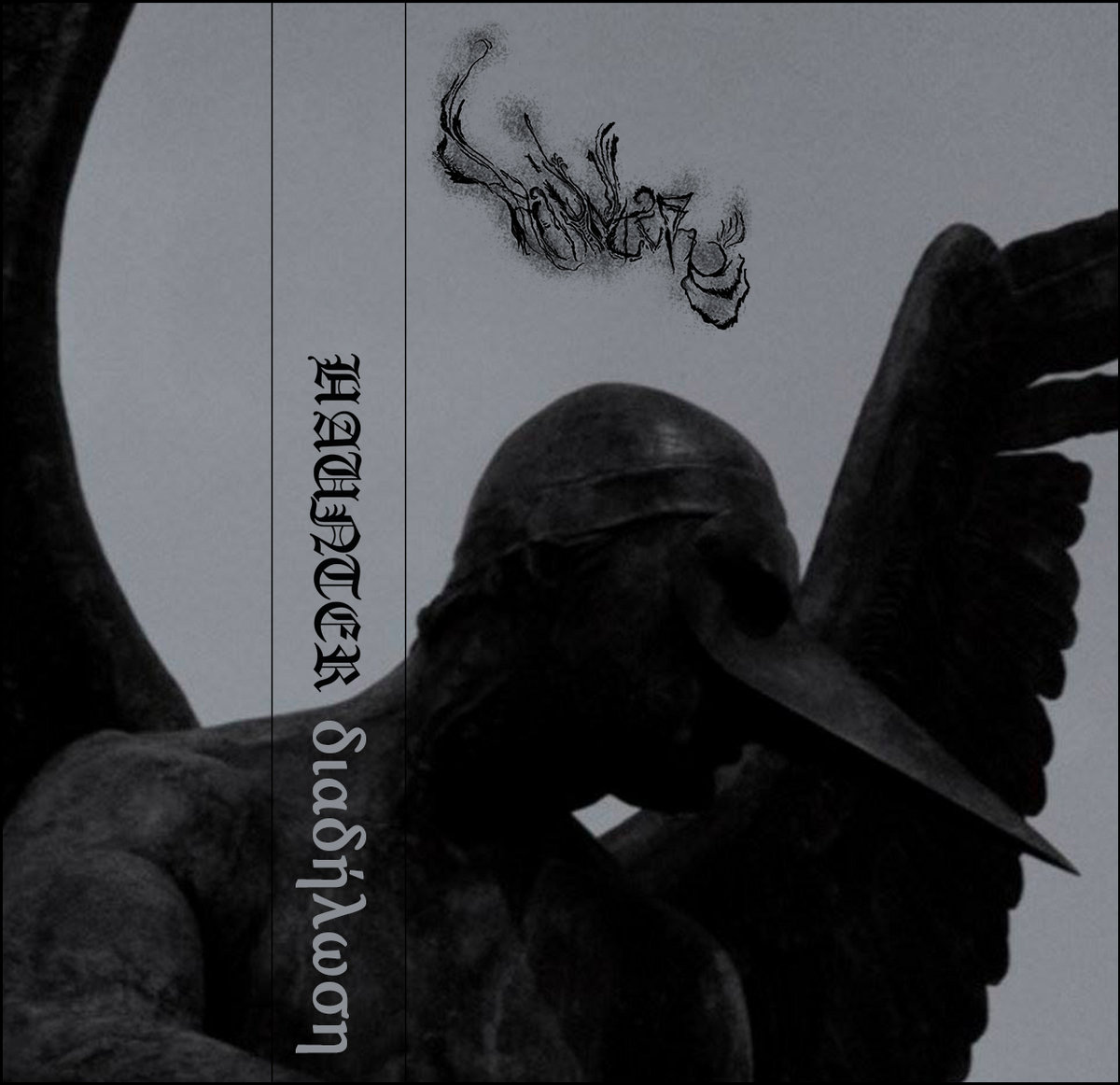 “Progressive” is a term that has been run into the ground but it’s moderately apt for San Antonio, Texas, trio Haunter. διαδήλωση (“demonstration” in Greek) crams a nice variety of influence into its black metal and showcases plenty of memorable riffs during its ten-minute span. While crossing black metal with a bit of punk and screamo isn’t revolutionary, the excellent musicianship of Haunter propels those traits into something more distinct than its parts. Check out the bass and guitar interplay on “Apnoeic,” which bears a slight resemblance to Dysrhythmia, or the opening riff to “Shrouded Moor,” which hits a few YOB harmonies. My main criticism is that some of these great riffs transition both much too quickly and into incongruent parts, creating what feels like a series of riffs rather than a solidified song. Thankfully, the riffs they segue into are all plenty interesting. That aside, the talent they’ve demonstrated here makes me eager for a full-length. 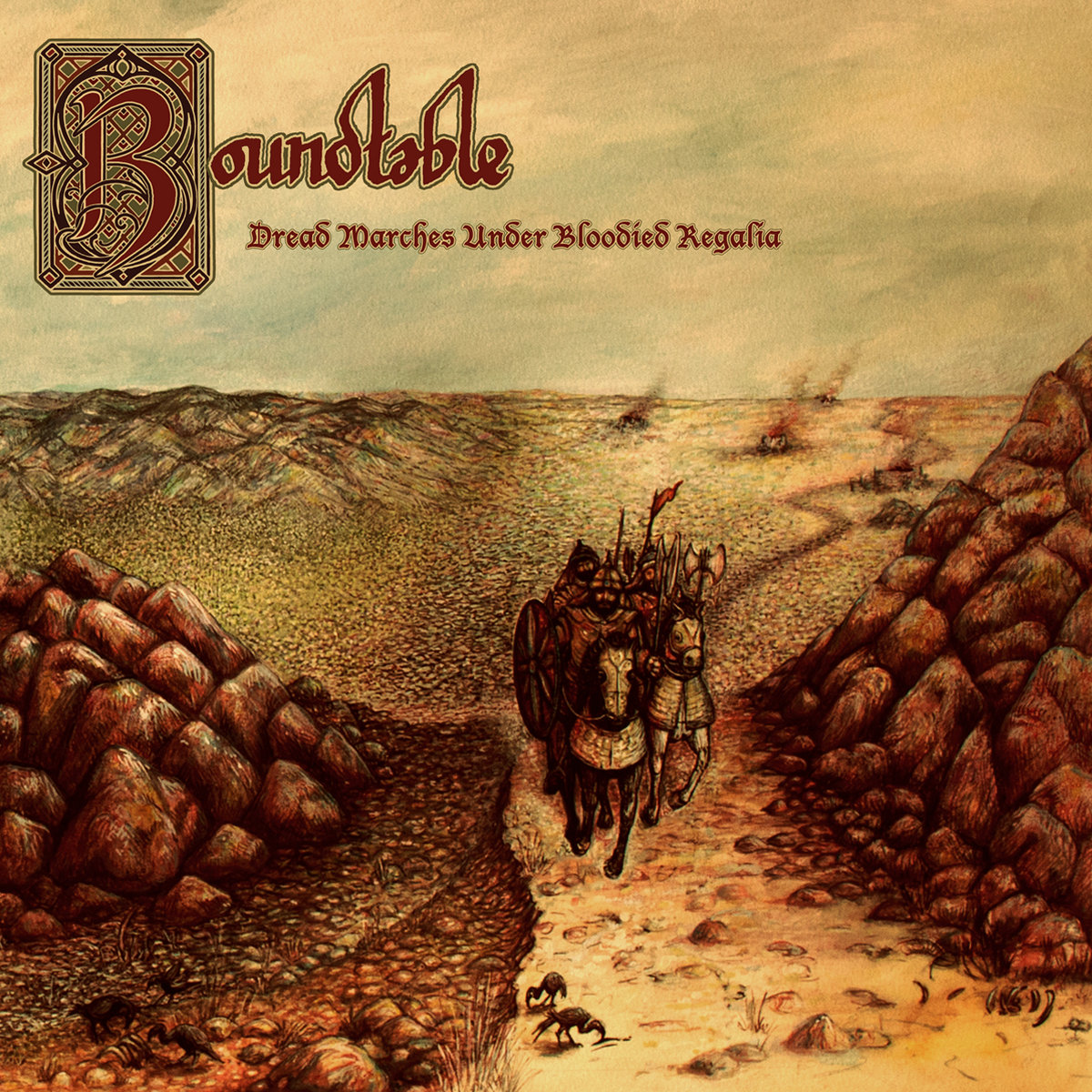 The list of samples on Roundtable’s page is longer than some bands’ entire lyric sheets. Yes, this is an atmospheric album, and the word album is used in the truest, oldest sense of the word. Dread Marches Under Bloodied Regalia is a throwback to the prog rock, AOR records of the ’70s that also happens to be laced with some of the nastiest stoner riffery this side of Surrounded by Thieves. Think Matt Pike covering Lizard-era King Crimson – with all the weirdo medieval themes of that lineup’s output – and you’ve got your steed clopping on the right path. Intricate acoustic guitars give way to big, sludgy chugfests backed with rattling basswork. The leads and solos here are something else; as winding as you’d think they’d be with the prog rock leanings, but bearing the weight of primo stoner/psych. Jump to 6:00 into “Corpulent Warlord” if you still doubt this could work. Actually, screw it, jam the whole damn album and bask in the oppressive pageantry of the Dark Ages. 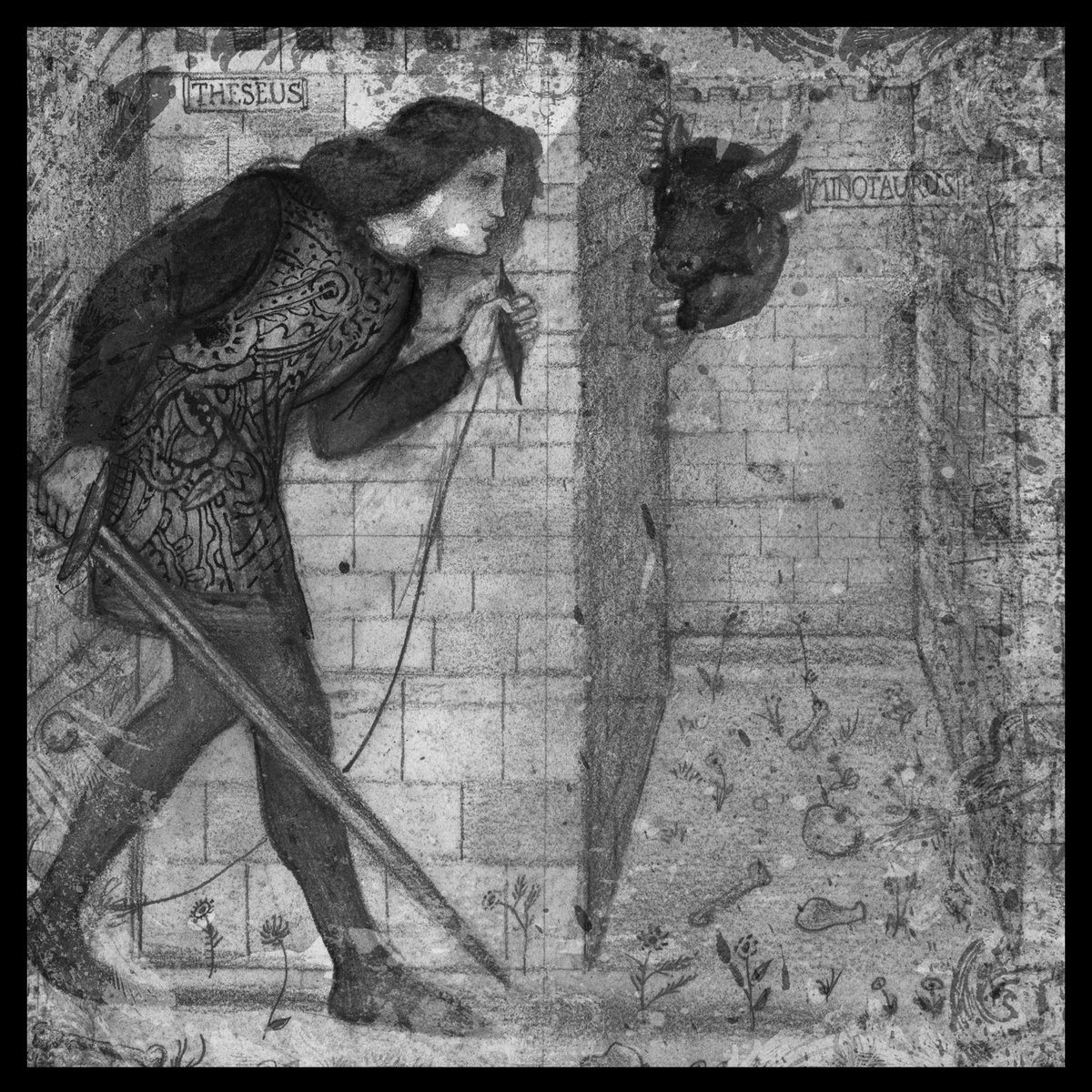 Have you had enough acoustic, medieval jams yet? No? Good, neither have I. Dolven differ from our previous offer in that there’s not a lick of distortion to be found anywhere in their music. So, what exactly makes them metal? Well for one, the members of Dolven boast Portland heavy-hitters Jason William Walton (Agalloch) and Tim McCall (Nightfell) among their number. More importantly, Navigating the Labyrinth is doomy as all hell. After intro “Inhale” (which features a predictably gorgeous guest solo from JWW’s Aga-bro Don Anderson), Dolven get with the trudge on “To Fly Free.” It’s here the quartet establish their sound for the rest of the album: Nick Wusz’s intricate plucking layered over open chord strumming; McCall’s stomping backbeat; Walton’s bass both harmonizing with Wusz and syncing with McCall; Henry Lauer’s dramatic baritone reigning over all, his lyrics about humanity’s miniscule place in the world both empowering and humbling. There are a few curveballs here and there, mostly from Lauer – some whistling on “Bloom” and a blackened rasp on “Labyrinth.” But mostly, Navigating is the ideal result of a side project: a wholly original and consistently beautiful work crafted by a collective of experienced musicians melding their individual voices into one singular, sonorous whole. 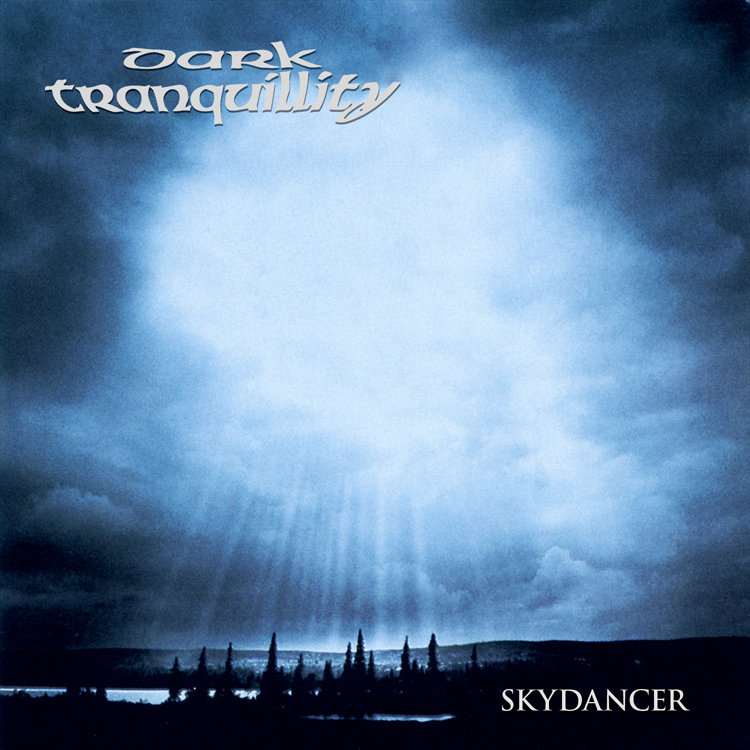 Did you know Dark Tranquillity has a Bandcamp? Because I sure didn’t until I stumbled across their page while browsing under the “melodic death metal” tag. Digital rights management is a tricky business, so DT’s two Spinefarm releases are the only ones here (you can find their Osmose stuff on the label’s Bandcamp): full-length debut Skydancer and the Of Chaos in Eternal Night EP. But saying these are the “only” two here is like saying the “only” two Bond movies Netflix has are Casino Royale and Quantum of Solace; the former is a classic and the latter a flawed and truncated – but still worthy – continuation. If your only frame of reference for Dark Tranquillity is their work from The Gallery on, Skydancer will open your ears to a much more technical (yet no less melodic) band, still young and raw and out to play the living shit out of their instruments. 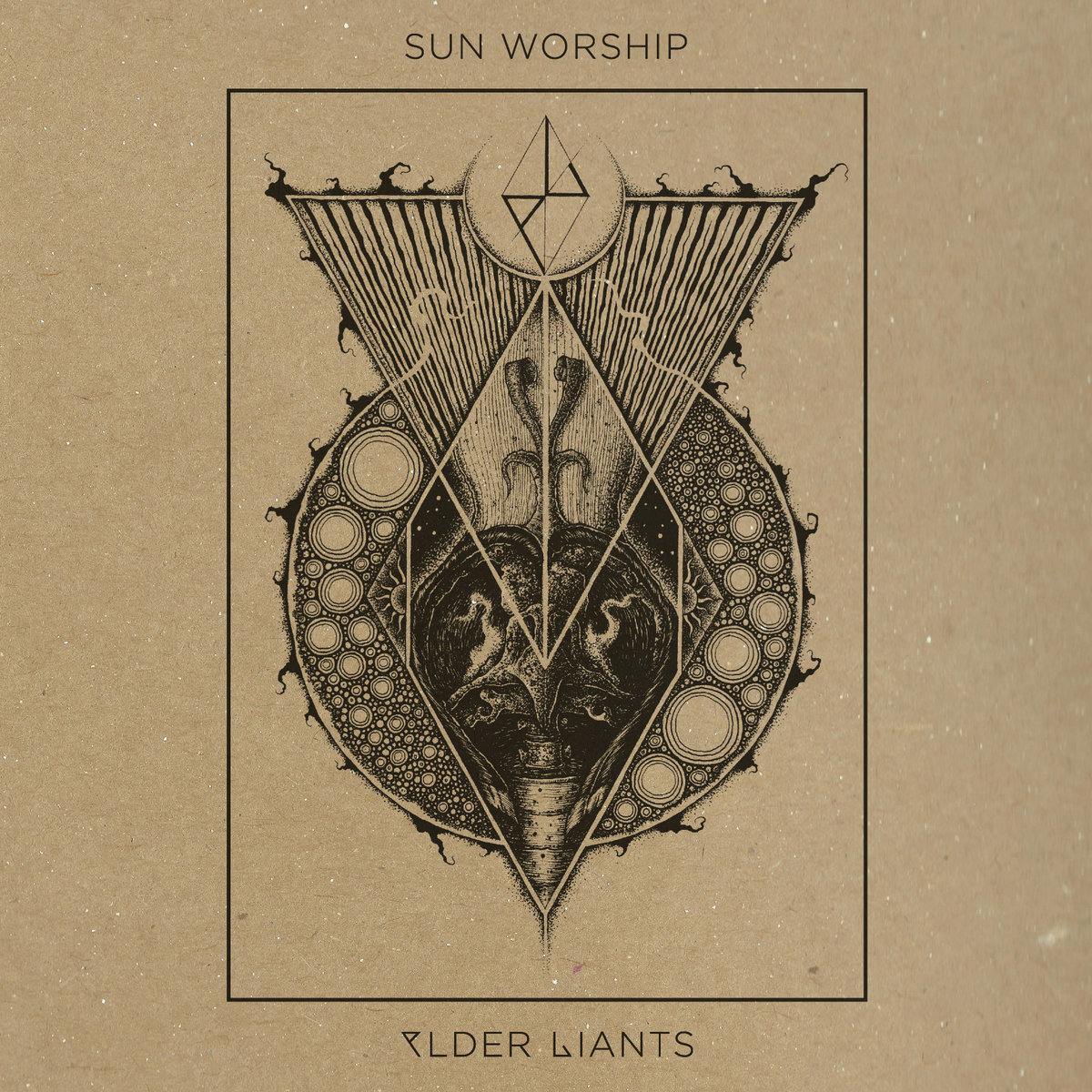 Back in 2012, I praised Sun Worship’s first demo in the inaugural Digital Digging as “the spawn of Deafheaven and Darkthrone.” While the Deafheaven comparison no longer applies, the second-wave influence has maintained but moved into something both more primitive and advanced, as found on the excellent Surpass Eclipse EP and the mammoth Elder Giants. On these releases, Sun Worship perfect riffs that slowly reveal layers for several minutes atop an unabating primitive blast beat, putting the listener in a dual hypnotic state of aggression and bliss. Their melodies are deceptively simple but wholly cathartic and seem to always inspire personal reflection, a mood heightened through their unpretentious production. Their full discography of five releases, including two splits, is currently available for 7 EUR ($7.61 USD) and highly recommended.