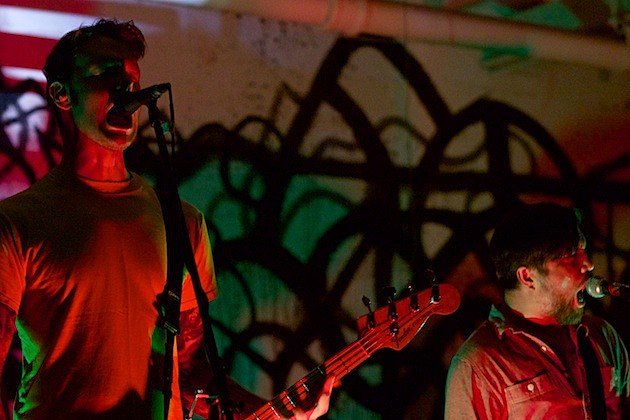 It's been a busy 24 hours for Converge side projects. Two of them — Doomriders and Mutoid Man — have debuted new music. Doomriders have their new album Grand Blood streaming over at Pitchfork, and Mutoid Man have a second song from their debut effort up at Decibel.

I usually think of side projects involving musicians from successful bands as places for those musicians to explore less approachable aspects of their musical personalities. Obviously this isn't always the case; Pelican, for example, started as a side project of the far weirder Tusk. Both Doomriders and Mutoid Man subvert this expectation as well. Doomriders, which is Converge bassist Nate Newton's project, are still plowing the same Converge-minus-spazz-plus-Entombed turf that they've been harrowing for almost a decade. Are they Newton's main band now? Judging by their incessant touring, they might be. Mutoid Man, which boils down to Converge drummer Ben Koller working with Stephen Brodsky of Cave In, pair Converge's rhythmic twitchiness with Brodsky's far poppier melodic sensibility. Brodsky has been active as a singer-songwriter musician for some time, but Mutoid Man still basically sounds like later Cave In with Koller on drums.

I'm not crazy about either of these projects. (Mutoid Man wins this round for me, if only because I'd listen to an album of farting if Ben Koller played drums on it.) Still, it is good to see these talented musicians pushing out new material at such a rapid rate. You can listen to the Doomriders album here and preorder it here; it comes out on October 15th via Deathwish. No preorder yet for Mutoid Man's Helium Head that I could find, but it comes out on November 22nd via Magic Bullet. Stream their new tune below.