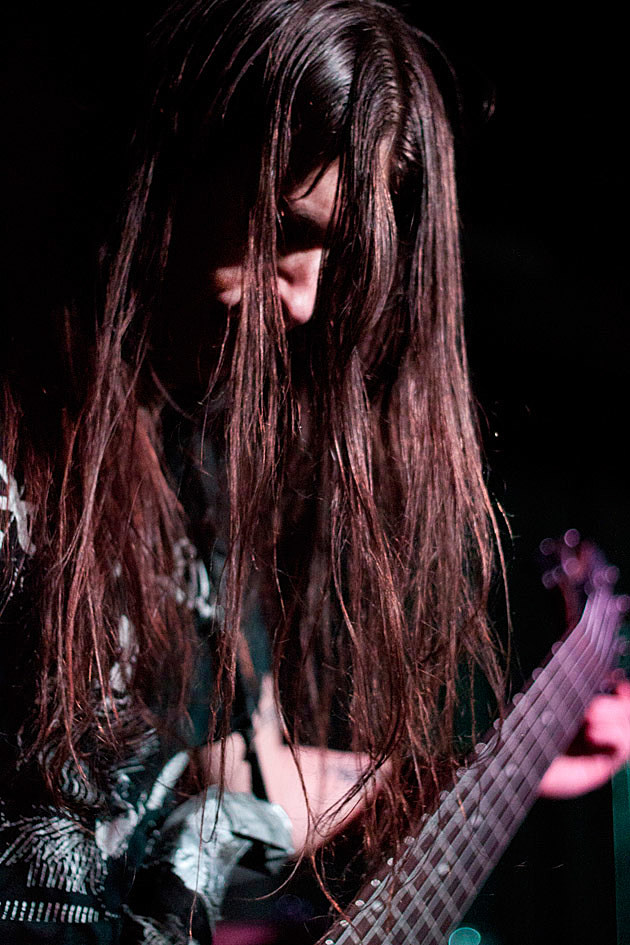 It almost needn't be said at this point, but Colin Marston is on a fucking tear. Since August of 2012, he has released amazing new music with no less than five bands: Gorguts, Dysrhythmia, Krallice, Behold The Arctopus, and his little-known solo project Indricothere. Marston has also racked up well over twenty engineering and mastering credits since the beginning of last year. He is fond of saying in interviews that he feels like he's wasting his time when he's not creating new music, and he puts his money where his mouth is.

Marston seems increasingly wary of working with record labels, and the Indricothere album from earlier this year came out with little fanfare on Bandcamp. (Gilead Media will produce a vinyl version of it at some juncture, though.) If you click on the Indricothere name from his Bandcamp page, you're taken to the famous drunken-Necrobutcher (of Mayhem) interview from Metal: A Headbanger's Journey. So says Necrobutcher:

"We are pretty true to ourselves. We never bargain with our stuff, y'know? We just release it. If people don't like it, then fuck them! You know? That's why we are here."

Marston seems to have taken this lesson to heart. Somehow, he's found the time to release a second album under the Indricothere name in 2013, again through Bandcamp and again without any promotional push to speak of.

Even for a musician of his breadth, the new effort XI is a curveball. For one thing, its title implies that there are nine(!) unreleased Indricothere albums lying around. (The preceding effort is called II.) Given Marston's unbelievable productivity, I'd only be mildly shocked if there were; he fiddled with the first Indricothere album for years before releasing it. Even more strangely, Marston has followed in Gorguts/Dysrhythmia bandmate Kevin Hufnagel's footsteps and released an entire album of textural music. There are no strings or drums on XI; if there are, they're not clearly discernible. We're treated instead to slow-shifting synths and shimmering textures; the chord progressions proceed gracefully, and with only a little of the tension that usually colors Marston's compositions. XI could be interstitial music from the first half of a Cronenberg horror flick, or the score to a documentary about nebulae. Perhaps he found this sound filtering through the thousand caves from which his studio takes its name.

Drone isn't my thing, but this album becalmed an otherwise-hectic Monday morning for me. Stream it below.