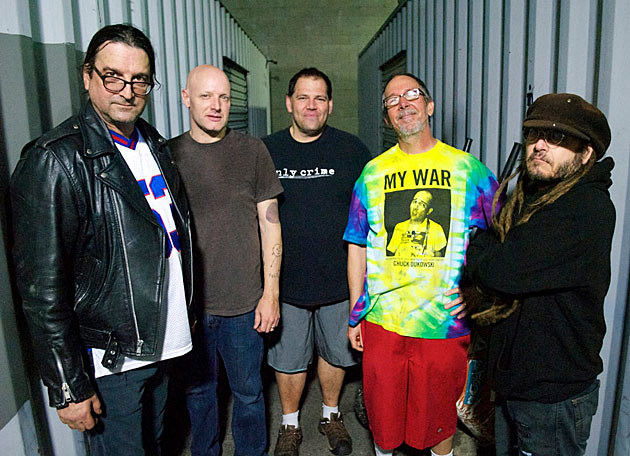 Lawsuits are so punk. In a move that officially shocked no one ever, Hollwood Reporter is reporting that Greg Ginn is not so pleased with FLAG

[Greg Ginn] claims he and his label, SST Records, exclusively own the rights to the Black Flag name (and “Flag” variation) and infamous logo, which Flag use on tour.
He sued his 1979-mid 1980s bandmates Friday, seeking an injunction against their current tour, which kicked off in May and will stop in Los Angeles (pending this case) for FYF Fest on August 24. The suit describes the alleged infringement of the logo and name "Flag" as "a colorable imitation" that's "likely to cause confusion, mistake or deception among consumers."
Ginn accuses Garfield and Morris of lying to the Trademark Office on registrations; using his own label's record covers to feign as though they've been continuing to use Black Flag since 1979; and in what's alleged to be an act of "outrageous fraud," using bootleg SST T-shirts in an attempt to show they've been making such products in that time.

Head to their site for the actual papers filed to the courts of Central District of California, which also name Henry Rollins in the suit (though he is not performing with the band).