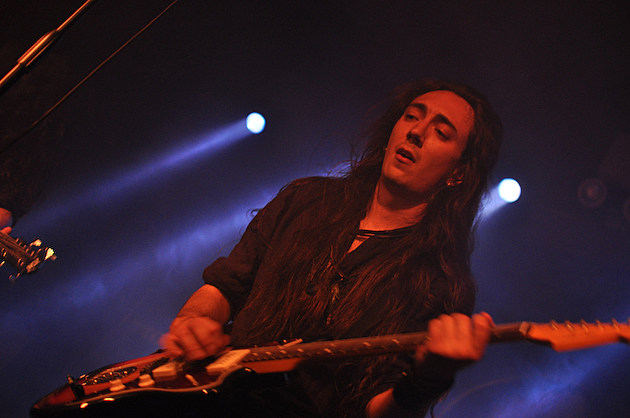 Alcest will team with Anathema and Mamiffer (featuring Aaron Turner of ex-Isis fame) for a string of US dates this fall, tagging the East Coast before heading West by early October. Full tour dates are below.

In related news, the controversial Peste Noire, which for a brief time featured La Sale Famine de Valfunde on guitar, are readying a new album and have commented on Alcest in a recent interview. It's fascinating:

I played in ALCEST. In the beginning. I composed the best riff in ‘Tristesse Hivernale’, the searing riff of ‘La Forêt du Cristal’. But at the behest of Neige, ALCEST became an Eden of elegant and overly nice fairies, the pastoral dream of a tender hobbit’s brain. To put it bluntly, ALCEST became a fairytale country. So I had to carve out my own path…I took a shit in those cute flowery groves, sodomised the fairies, and put those elves to bed with a dose of rat poison to allow the song of the toads to flourish. Yes, I made PESTE NOIRE…because PESTE NOIRE was born only to fuck shit up.

Check out the entire controversial interview, and stream all of their new self-titled LP below.