Full of Hell at InvisibleOranges SXSW (more by Greg Cristman) 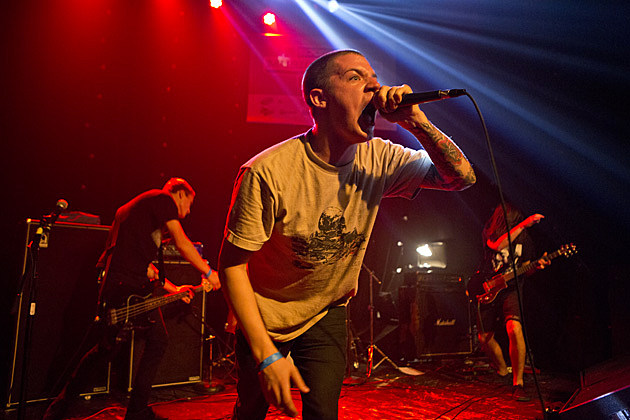 Full of Hell shocked and impressed the world last year when they dropped their debut, The Roots of Earth are Consuming My Home. Their new album, Rudiments of Mutilation conjures up pain of both the mental and physical variety, as they've said in recent interviews.

There's nothing painful about this album though . . . unless you have no stomach for a hardcore punk band grinding out crusty death riffs and Swans-ian dirge/purge peppered with feedback and howling electronics.

For those who can't take the fury, these 10 tracks will send you running for the back door. For those who want aggressive spitting vocals alongside death grunts and can handle a band that rejects genre pigeonholing, Full of Hell will give you chills.

It's been a great year for hardcore already, and this is only Full of Hell's second album. Listen up below and preorder Rudiments of Mutilation now at A389 Records.