Top Albums of 2013, by Joseph Schafer Your daily downer here: I sort of think 2013 was a crappy year for albums.

There, I said it.

Of course, I mean albums as a format—this was still a great year for metal, but a bad for cohesive sets of songs. You know the complaints: re-hashes of old ideas, all the best songs clustered at the front, overlong progressive ‘experiments’ that just pad out run-times. The only way to eat these things is to chop them up and make them into playlist-salad, which I did more than ever before, albeit somewhat out of necessity.

Some of the problem lies with me, not 2013; let me explain. In my daily life, I do 90% of my new music listening while at work (writing and working out require songs that I already know, who won’t surprise me or distract me). This year, I found myself working in a position where I am interrupted almost constantly. In that environment, albums became less useful to me. I needed songs, runs of three or four of them. As a result, I found myself looking more closely at the intricacies of individual songcraft than the flow of a whole album. In this way I’ve grown more adept as a music listener, after years of almost always listening to records front-to-back.

One of the downsides to these listening habits, though, is that I found making a year-end list incredibly difficult. This list went through several dissatisfying drafts.

In the end I erred on the side of records I genuinely enjoy listening to from front to back. Some of my co-writers feel that spending much time talking about albums which already enjoy massive exposure is a waste of time. I disagree—this is my personal list of the records that broke through the chaos of my day to day life and kept me coming back for more. Perhaps calling this a ‘best’ album list is misleading—think of it as ten albums which I would recommend that every reader of this site listen to.

Reviewing the list, I’ve learned the following about my own listening habits:

I am suspicious of debut albums—only one made my list.

I am a fan of bands, not specific albums—several of my highest-ranked albums came from bands I would call myself a ‘fan’ of.

I’m willing to reconcile with groups I dislike: two of my entries came from bands I’ve previously expressed distaste for.

I prize melody over atmosphere—my top 10 is dominated by hook-oriented bands, with more atmospheric and experimental acts (especially industrial-ish acts and technical-depressive acts) in my runner-up list.

If you readers glean any other bright observations, feel free to drop them in the comments.

I will make no effort to dissect the trends, or general ‘state of the metal union’ in 2013. States of affairs shift monthly. Trends come and go. Songs and albums stay with us forever (or at least until Skynet comes online and deletes them all in a demoralization campaign). If you feel I’ve overlooked something, or you know an album I’d like, let me know.

And without further ado…

Honorable Mentions (in no particular order):

When In Solitude released their third album, I wrote it off as half-baked. Yes, some of the songs were anthemic, and the vocals were stronger than before, but the production felt weak, and half the tracks made no sense to me. Then, the insidious hooks on Sister prompted me to listen to it over and over. Those repeated listens revealed a remarkably cohesive work. In Solitude have found a way to move retro-styled pop metal into a new, gloomier direction, and in so doing have finally established their own identity.

In the tradition of Napalm Death, Cattle Decapitation and others, Man Must Die slug through an hour of politically-charged death metal delivered with a sense of pride and gusto that many of their contemporaries lack—it may be a little juvenile, but there’s some actual gravitas behind a song like “Patriot.” Peace Was Never an Option also deals with a nonstop onslaught of melody and groove. Several veteran death metal bands—Pestilence and Pyrexia—returned to form with albums in a similar style in 2013, but Man Must Die simply write with a greater sense of momentum and pacing.

I’ve never been too taken by Hail of Bullets, or most of Martin van Drunen’s projects. The man is a gifted vocalist, but normally I find his delivery a bit lifeless. Likewise, I once dismissed Hail of Bullets as an inferior Bolt thrower knockoff. III: The Rommel Chronicles, however, presents a band, with a clearer production, a superior sense of mood, and more interesting songs: “DG-7” makes my teeth grind, and “Death of a field Marshall” presents a surprisingly elegiac, doom-y closer. Martin van Drunen sounds energized, with a more varied and emotive rasp. IO scribe Rhys Williams introduced me to Tengger Cavalry’s singular blend of mongolian folk music and groove metal. What seemed then a curio has matured into a powerful band. Tengger Cavalry’s music focuses on a single technique—the gallop, and they push the driving power of that rhythm to its fullest potential. While it’s a bit cheesy (dive bombs double as horse whinnies), The Expedition packs the kind of un-ironic swagger that more American bands would do well to emulate—songs like “Black Steed” promise to dislocate vertebrae. This album pushes its limited concept to the max, packing several surprises, including a tender third act.

Just after I declared re-thrash officially dead, this Texan quintet dropped one hell of a debut album. While their crossover peers hew too close to formalism, Power Trip take liberties with the middle ground between thrash and hardcore—their song lengths float around the four-minute mark, and explore sludgy groove segments between D-beat charges that sound like vintage Metallica after a hit of Walter White’s blue sky cook. The production, courtesy of Arthur Rizk, deserves special mention—Manifest Decimation sounds like it was recorded at the bottom of a missile silo. Fitting, since Power Trip’s first album comes across as thrash at its most apocalyptic.

I haven’t had much time to reflect deeply on this album—a collaboration between St. Louis sludge outfit The Lion’s Daughter and folk outfit Indian Blanket—and as such nearly did not include it. However, I feel the results of their collaboration pack an emotional and visceral wallop. Americana and heavy metal have produced powerful fruit together, such as Agalloch, Cobalt and Panopticon, and at present I feel that this project is carrying the torch of those groups. As evidence, reflect on the extended genre-spanning malaise of “Swann,” or the arresting beauty presented in the instrumental “Timeless Waters.” I anticipate great things in this group’s future. 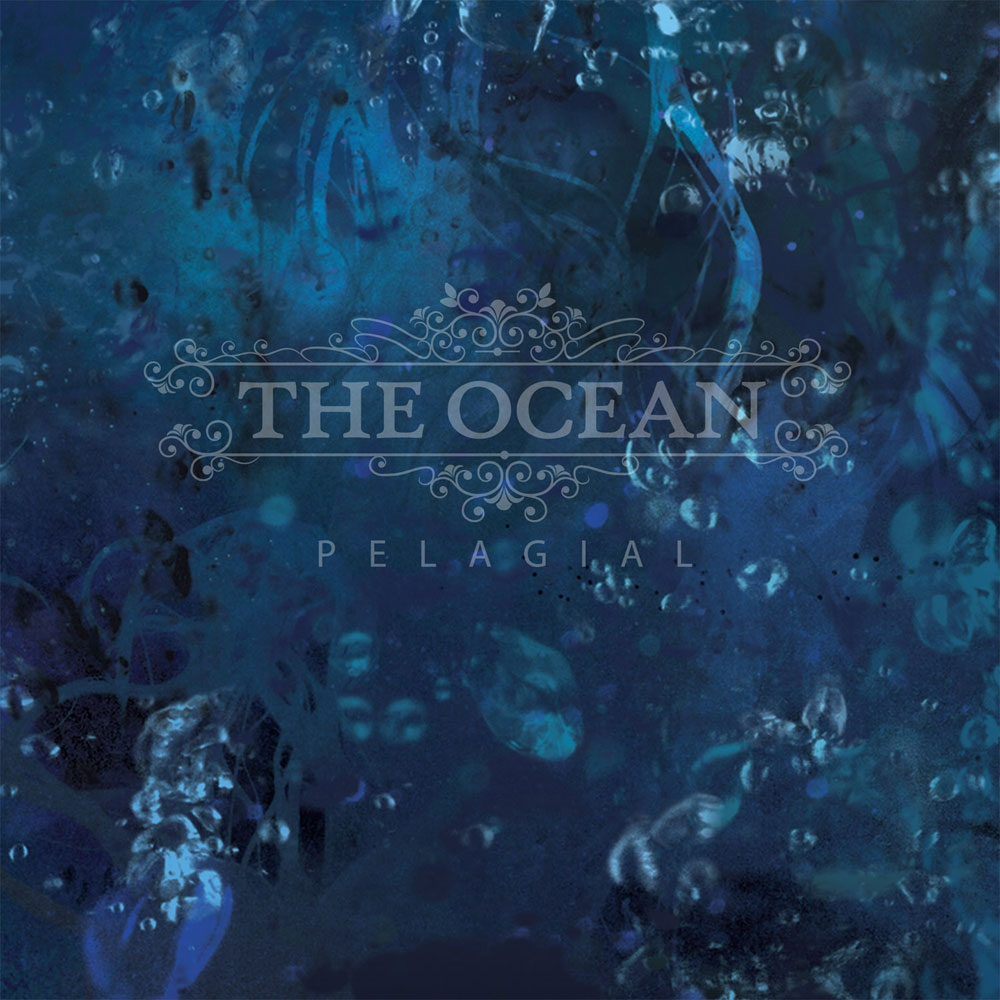 Styled as an auditory journey from the surface of the ocean to its deepest point, Pelagial shifts from relative beauty to some of the band’s heaviest, darkest passages of music. A self-styled progressive record, it’s a behemoth—two recorded versions, one sans vocals, with two mixes, and a full-length accompanying video—but the suite as a whole has an ephemeral, artistic quality that even the best metal bands struggle to capture. In a year when progressive metal seems played out, The Ocean put out a shining example of the genre. 3. Inquisition – Obscure Verses for the Multiverse (Season of Mist, US)

The album that made me eat my words, and my peas. Obscure Verses For the Multiverse plays with big, contrasting sounds. Epic black metal melodies collide with noisy psychedelia and technical thrash influences, filtered through beefy, golden-age-of-metal production. Dagon’s vocals remain a bit irritating, but the man knows how to play the guitar. Where most black metal bands are content to ride a few tremolo-picked grooves and call it a song, Dagon throws harmonic-inflected riffs against one another in rapid succession, creating motifs and allusions. This is the sort of black metal record that takes my imagination by the throat and runs wild with it, but sacrifices no aggression in the process.

2. The Dillinger Escape Plan – One of Us is the Killer (Sumerian, US)

I have no expectations of Dillinger ever becoming the band that recorded Calculating Infinity again. Their Puciatio-fronted 2.0 iteration is simply a different beast, and here that beast is at its most ferocious. A leaner, meaner album than its predecessors in terms of riffs and lyrics, One of Us is the Killer, smartly, dials back the clean-singing segments and synthesizer fluff. As a result, the music gets more mileage out of Puciato’s pop singer chops. The pretty bits finally feel like much-needed reprieves from the chaos. When these songs reach their finales, it’s among the most confrontational, misanthropic—and, as a result, cathartic—music released in 2013.

I knew this would be my favorite record of the year halfway through the first listen. When “Thrasher’s Abbatoir” ended, I thought to myself ‘if it’s all that good, this could be as good as Heartwork;’ at the end of “Mound of Execution” I realized I was wrong: Surgical Steel is superior. In a year when death metal feels mired in an intensity crisis—endlessly chopped and repackaged as NWOSDM, technical shred-fests and mindless murky dreck—Carcass came out with this powerful, back-to-basics approach. Like it’s namesake, Surgical Steel is simple, sharp and effective. Walker and Steer understand that great music springs not from atmosphere, posturing, production or aesthetics, but from songcraft.